Celebrating Rihanna: The Ambassador of Barbados, Pregnancy and the Many Victories of the Bright Diamond 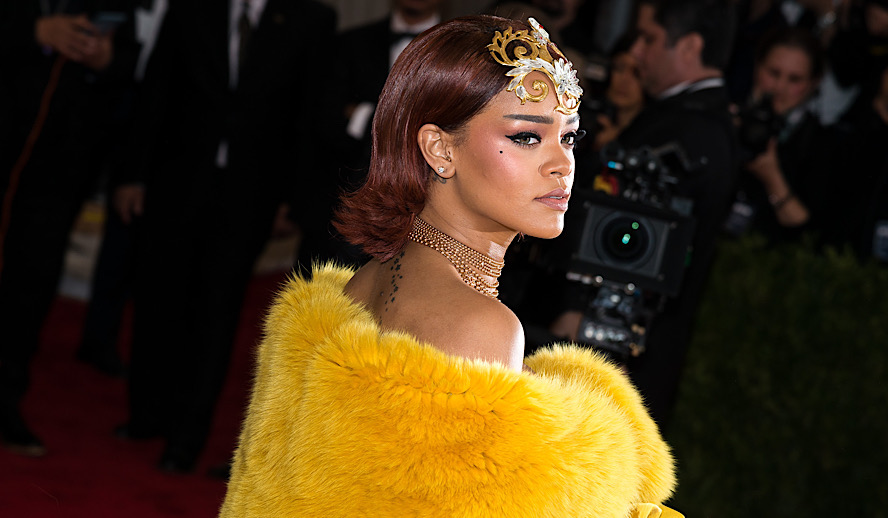 In 2005, a teenage girl from Barbados arrived at the American radios stations and filled our ears with Caribbean beats and powerful alto tones. Born Robyn Rihanna Fenty, Rihanna has made the billboard pop charts go wild ever since she hit the radios with her first single, “Pon de Replay.” After it, it didn’t take Rihanna long before she became a household name in the music industry. Known for her Caribbean-influenced music and badass confidence, at 33, Rihanna has nothing but outstanding accomplishments.

Rihanna has acquired many accolades throughout her career. With thirty-three Grammy Award nominations and nine wins, Rihanna has reached an incredible amount of success. But as a woman who’s never forgotten where she’s come from, her most recent accomplishment might be her favorite one yet. Rihanna was awarded the title of “national hero” by the country of Barbados.

The title grants her the name of Ambassador Robyn Rihanna Fenty. A ceremony was held to celebrate the removal of Queen Elizabeth II as its head of state and Barbados’s 55th Independence Day. There, on the country’s first day as a new republic, after 400 years of colonial struggles, Rihanna was presented with the prestigious award by Barbados Prime Minister Mia Mottley.

What is a National Hero Award?

So, what is this so-called prestigious award? The country set up the national hero award to solemnly recognize themes inferential figures that are part of Barbados’s history. Of course, Rihanna fills up that category. The superstar’s crowning included an introductory speech by Mottley, where the Prime minister continued to release high admiration towards the singer, expressing gratitude and many kind words. Mottley’s stated that based on Rihanna’s “commitment to the land of her birth” were just some of the reasons behind their decisions to grant her this prestigious title. Mia Mottley continued her speech, referencing Rihanna’s top hit song “Diamonds,” saying, “May you continue to shine bright like a diamond and bring honor to your nation,” as she conceded her with the new title.

It is no surprise that Rihanna has been granted such a prestigious title from her country, as it has not been the first one of its kind. Growing up in Barbados, Rihanna has always been highly connected to her roots. She was sixteen years old when she moved from her lovely island of Barbados to attain the career of singer, which evolved into the one of a superstar, businesswoman, and future billionaire. Even after over a decade of being in the industry, her music still dominates the billboard charts. Rihanna’s tunes have been proven to stand the test of time.

The Little Girl Who Rode Bikes While Barefoot

A few years back, in 2017, a street in Bridgetown, Barbados, was renamed from Westbury New Road to Rihanna Drive. The street was named after the singer as a homage to her beginnings. The Barbados native remembered her childhood days in the renaming ceremony, announcing how much the street meant to her. Rihanna stated, “My whole life was shaped on this very road. I was just a little island girl riding bikes, running around barefoot, and flying kites in the cemetery, but I had big dreams. Dreams that were born and realized right here.”

Even afterward, in 2018, Rihanna was named ambassador of Barbados, where she was appointed the responsibility of promoting education, tourism, and investments for the island. The country of Barbados’s love for Rihanna is mutual.

Besides being in charge of such a prestigious title for the country of Barbados, Rihanna has been a busy woman. She has spent her time creating a brand, besides selling beauty products or just “sexy” lingerie, that emphasizes the idea of evolving the concept of beauty in the fashion industry. By being the creator of “Fenty” (based on her last name), she has made an effort to portray women of all colors and sizes through her brand. Rihanna assures the importance of inclusivity in the beauty and fashion industry, known to be way behind. The singer has used her star power to change the world for the better.

Rihanna has not only spent her time receiving awards, making music, or creating wildly successful companies. She has also been a vocal advocate for the well-being of the island of Barbados, while also founding the Clara Lionel Foundation. The charitable foundation specializes in receiving funds for education and emergency preparedness and response programs around the world. The foundation itself has been a great help during the pandemic to small countries, as it has donated 5 million dollars toward COVID-19 emergencies.

She Will Always Be More than Meets the Eye

That teenage girl with a bob haircut, who danced under the rain with a black umbrella, wearing all-thing leather. While handsome men choreographically follow her dance movements in the background has proven to be more than meets the eye as she is now not only an ambassador but a national hero award receiver, an influential philanthropist, and future mother.