Celebrities and Their Incredibly Charity Work 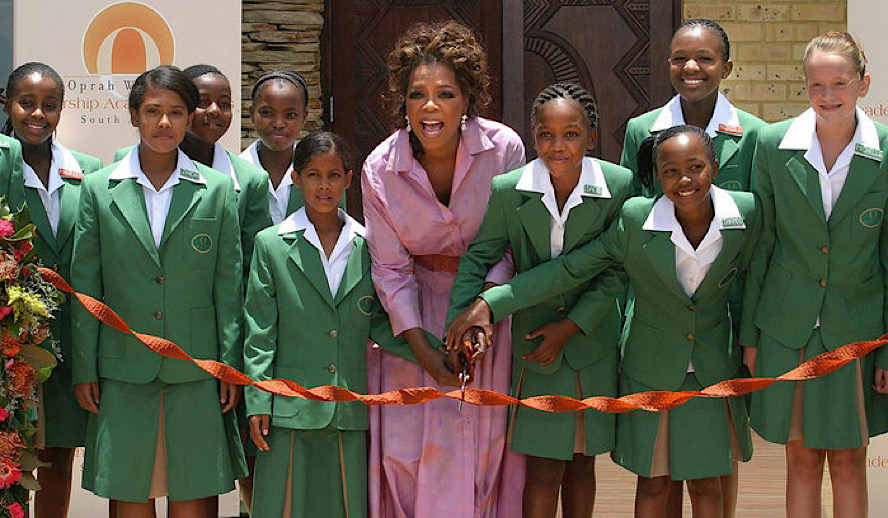 With the highest of paid celebrities earning hundreds of millions of dollars, there’s plenty of money going around. Luckily, some celebrities are doing work behind the scenes to support local communities, our environment, joining the fight for mental health awareness, and so much more! Here are some of our world’s most pressing issues and the celebrities joining the fight to help stop them.

In New York City, the Metronome clock by Union Square has been converted to tell how much time our world has left before irreversible damage is done due to climate change. With egregious amounts of plastic pooling in all 5 oceans, here are few celebrities joining the fight to save the environment.

The Leonardo DiCaprio Foundation has been a giant force in a movement to help save the planet. Started in 1998, the foundation has donated over “$80 million in grants to more than 200 environmentalist projects working in 50 countries” according to Livekind. His investments in milk alternative brand Califia Farms have also been a huge win for our planet. His Instagram alone is a testament to his dedication to our environment. Between his humanitarian efforts and climate change issues, Leonardo DiCaprio is an impressive force in advocating for environmental change.

The acclaimed actress’s work in the environment has been marvelous. “She has been a long-time ambassador for the Australian Conservation Foundation and has lobbied for a carbon tax to limit greenhouse gases and help sustain climate control” according to Tentree. Other climate change non-profits she’s contributed to include the SolarAid and I Speak Earth.

The rock legend has done far more than just play music throughout his career. The Beatles star is also a philanthropist. “Sir Paul McCartney has followed in the footsteps of the world’s leading climate scientist and a small Belgian town by calling on people to go meat-free one day a week and cut carbon emissions” according to The Guardian. While the artist has spent most of his life in the music hall of fame, more recently he’s been giving back to earth and the community.

Rachel Ray’s Yum-o! organization is a “way to use food and her love of cooking to give back to the world” according to the non-profits’ website. With simply three core values: cook, feed, and fund, “ Yum-o! envisions a country where all kids experience the joys of cooking and eating, nourishing food”. Obviously, Rachel Ray cares immensely about food but it’s warming to know that she’s working behind the scenes to make food more accessible.

50 Cent is on the council for Feeding America, an organization that delivers food to those in need. Besides his initiatives with this organization, the actor/rapper/producer, also supports the fight to end world hunger in his Street King initiative. “With every bottle of his Street King energy shot sold, he funds one meal for a child in need through the World Hunger Programme” according to Food Tank. With one of the most influential bodies of music to date, 50 Cent is using his worldwide acclaim for good causes.

“Stephen and Ayesha Curry’s Eat. Learn. Play. Foundation is committed to unlocking the amazing potential of every child by fighting to end childhood hunger” the Eat. Learn. Play. website states. Ayesha has been pushing boundaries as of late, stepping into the food world. Teaming up with famous Golden State Warriors star Stephen Curry, the duo is working to end world hunger one meal at a time.

Kerry Washington’s philanthropic work with fighting to support survivors of domestic violence is truly inspiring. Teaming up with the Allstate Foundation’s Purple Purse initiative, Washington strives to be there for women in need in every way she can. “The Allstate Foundation and NNEDV also provide a financial curriculum that teaches domestic violence survivors how they can repair their credit, create a budget, and apply for home loans,” says The Huffington Post. Playing such a powerful woman on screen, it’s wonderful to know she’s empowering women off the screen too.

Co-founder of Not On Our Watch (which has now combined with The Sentry), Don Cheadle co-wrote a book of the same name. Illuminating genocide in Darfur, the book highlights six strategies people can follow to do their part: Raise Awareness, Raise Funds, Write a Letter, Call for Divestment, Start an Organization, and Lobby the Government. Since starring in ‘Hotel Rwanda’, Cheadle has been consistent in the fight against African genocide.

Recently donating $100,000 to the Time’s Up campaign in 2018, Oprah is always doing something philanthropic. Her most notable initiative is The Oprah Winfrey Leadership Academy for Girls which is her boarding school in South Africa that teaches young women life skills. Amongst many other initiatives, she’s also recently donated to the GEANCO Foundation “which provides health programs and education to women and girls in Nigeria” according to the business website gobankingrates.

In 2008, the Hollywood sweetheart received the Human Rights Campaign Ally Award. “In 2012, the actress and her husband Adam Shulman sold their wedding photos and donated a share of the profits to marriage equality advocacy groups,” says the Hollywood Reporter. A consistent advocate of LGBT+ rights, the humanitarian has been in the gay communities corner before it was made trendy.

One of the most notable gay figures to date, Ellen DeGeneres has been contributing to benefiting the queer communities since the start of her career. A donator to the Elton John AIDS Foundation, The Trevor Project, and Los Angeles LGBT Center, Ellen has been working tirelessly since the 90s to advocate for gay and queer rights.

With her Born This Way Foundation consistently showing support to the LGBT+ community, including teaming up with Starbucks in 2019 to fund grassroots LGBTQ+ organizations, Lady Gaga is no stranger to showing her support for the queer community. In 2011, The Trevor Project gave the super-star the Trevor Hero Award for bringing to light LGBT+ issues through her career. It’s not hard to see for anyone who’s paying attention to how much Gaga cares about the gay community.