‘The Last Mountain’: Bittersweet British Documentary is Sad Yet Inspiring 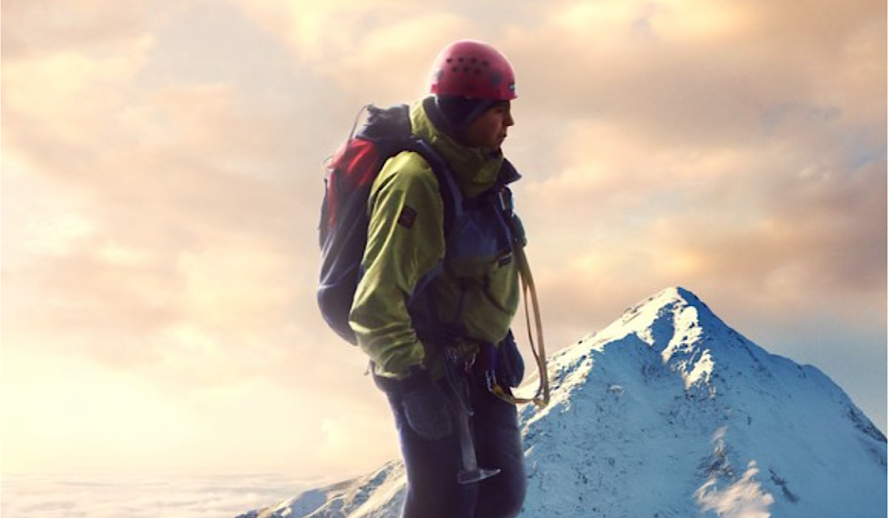 In 1995, mountain climber Alison Jane Hargreaves died while descending from K2, as part of a personal goal to climb the three tallest mountains in the world unaided. She had already climbed Mount Everest, being the first woman to do so without aid, and had plans to climb Kanchenjunga. Years later, her son Tom Ballard followed in her footsteps in becoming a skilled mountain climber, but unfortunately met the same fate when attempting to climb Nanga Parbat alongside Italian climber Daniele Nardi.

Having initially premiered on BBC 2 in September of last year, ‘The Last Mountain’ tells Tom’s story through a mixture of archival footage and interviews with his father and sister. We learn what it was like growing up with a mountain climber as a parent, and how that shaped him into what he became, and we’re also given an extensive look at the journey up Nanga Parbat Tom took before his death. Director Chris Terrill actually made a television documentary about Alison Hargreaves in 1996, shortly after her death. While I haven’t seen that film (as far as I can tell, it’s never been released here in the States), it’s clear that ‘The Last Mountain’ is meant to serve as a sort of spiritual successor. The film is now available to rent or purchase digitally here in the United States.

‘The Last Mountain’ – The Power of the Documentary

I’ve always been someone who loves fiction, be it movies, books, shows, or anything else, as fiction allows for endless storytelling possibilities that don’t need to confine themselves to the rules of reality. Even though I’ve been aware of how many well-made documentaries exist, my preference for fiction was something that I held onto for quite a while. As of late, however, I’ve begun to grow out of this mindset and develop a deeper appreciation for documentaries, as they’ve proven how interesting our world can actually be. There’s so much to learn from both nature and past human experiences, and when films are made to cover specific topics, they can educate people who otherwise never would have known about them. Furthermore, they can encourage those same people to do their own research and look further into the issues that they cover.

In this regard, ‘Against the Mountain’ greatly succeeds at what it sets out to do. It’s a very compelling and personal documentary that’s every bit as heartfelt as it sets out to be, and it touches on the more sensitive sides of Tom’s story with a proper sense of tact. It never feels emotionally manipulative when detailing what happened to both Tom and Alison, covering their deaths in a respectful manner and making it clear they both passed doing what they loved. One particular moment early on that stood out for me was Tom’s father Jim recounting how he told his kids about what happened to their mother, and how Tom asked if they could visit K2. While this moment appears to be an excerpt from the 1996 documentary I mentioned earlier, it carries a very strong emotional weight from both Jim’s words and the following footage of the family traveling out to K2.

It also sets up one of the film’s most poignant moments, when another bit of archival footage from this trip is used closer to the end of the documentary. ‘The Last Mountain’ is also strongly presented, with footage and interviews well balanced. There are some very beautiful shots of the snowy mountains throughout, and rather than just being eye candy, this imagery plays perfectly into the film’s narrative by giving the audience a sense of what being a mountain climber is like, and what one could expect to see and feel if they ever took up the profession. Overall, the emphasis on natural beauty reflects the level of respect that climbers have for the mountains they scale. “You can’t conquer them,” Tom claims in a 2015 interview featured in the film. “They were there before us, and after we’re gone, they’ll still be there. Instead of fighting against them, you have to find a way to work with them. You have to be in harmony.”

A Celebration of Passion

Similar to the above point, one aspect of ‘The Last Mountain’ that I really appreciated was how it demonstrated the passion people like Tom have for mountain climbing. It doesn’t whitewash how dangerous the activity is, especially when it comes to the taller mountains shown off in the film. But despite that, Neither Alison nor Tom gave up in pursuing what they set out to do, and that level of passion and effort is something the documentary fully celebrates.

Even if you’re someone like me who has no interest in ever climbing any mountains, it’s hard not to feel a sense of admiration for the kind of people that do. ‘The Last Mountain’ is a film honoring Alison and her son, but it’s also a film that celebrates what people are capable of when they’re dedicated to following their true passions in life. Alison and Tom didn’t climb the world’s tallest mountains just to say they could, they did it because it’s exactly what they loved doing. It’s a very powerful and inspiring message that this film conveys perfectly.

‘The Last Mountain’ is an excellent documentary that’s not only respectful in how it presents its subject matter, but also inspiring. The way it follows Tom’s life up to his death, as well as his sister Kate’s journey to honor him makes it clear that Chris Terrill has nothing but respect for the entire family. The film’s score is utilized in a way that allows it to work in harmony in the visuals and narration, rather than distract from them. And even though this film is almost two hours long, it uses its time well and never feels tedious, or like it’s dragging.

All in all, I honestly think it’s kind of a shame how quietly this movie was released here in the States, because the story it tells is one that’s powerful and touching. It would have been great if this film was either released on a streaming service, or aired on a channel like Discovery where it would have the potential of reaching a wider audience because it’s a film that deserves it. Whether or not you’re a mountain climber, or someone into any number of similar outdoor activities, ‘The Last Mountain’ is well worth your time for the story it has to tell and the messages it has to send.