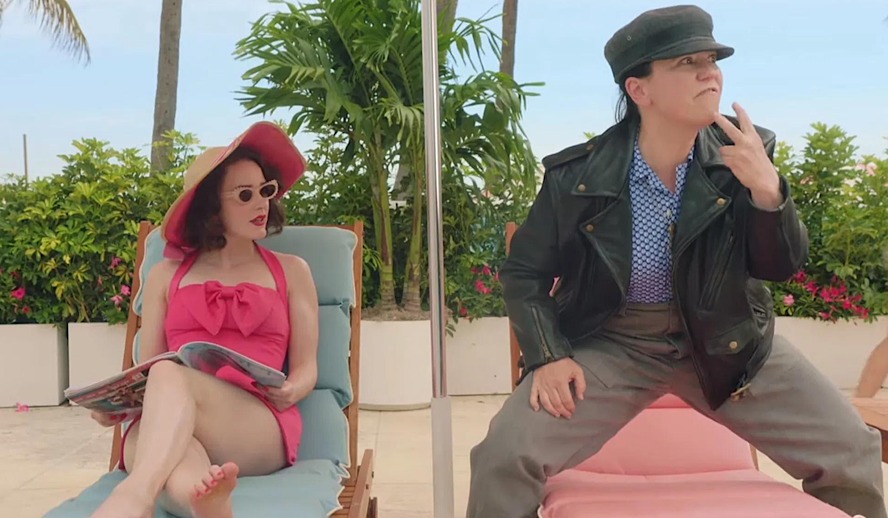 ‘The Marvelous Mrs. Maisel’ first premiered on Amazon Prime back in March of 2017. A show that moves at a quick pace, it follows a woman named Miriam ‘Midge’ Maisel as her suburban life as a housewife turned upside down and she finds a talent for comedy that she didn’t realize she had. We follow as she makes her way through the struggles of being a woman pursuing an unconventional career in the 1950s.

Since that time, women have moved into spheres of work where previously they had not been welcomed. In particular, some popular female comedians include Amy Schumer, Joan Rivers, Wanda Sykes, Tina Fey, Tiffany Haddish, as well as too many others to name. This says a lot about the progress our world has made. However, in the 1950s, the setting of The Marvelous Mrs. Maisel, women were housewives, not expected to begin a career of their own, let alone a comedic career where curse words are thrown about without a care as well as the flippant use of sexual innuendos. While the show itself is a fictional narrative, it is easy to draw parallels to real-life experiences of women who have struggled to make their way in a world that constantly wishes to push them out of the spotlight.

Not only is this tale refreshing due to its portrayal of such a strong and yet feminine female character, but it also does not shy away from its play on gender roles, particularly in the character of Midge’s manager, Suzie, as well as its incorporation of Judaism. The Marvelous Mrs. Maisel is a show that appeals to a wide audience while also incorporating aspects of inclusion that are often overlooked in other shows.

An Outstanding Cast of ‘The Marvelous Mrs. Maisel’

The incredible talent displayed by the show’s cast truly brings the characters to life. Starring as the lead, Rachel Brosnahan—previously known for her role as Rachel Posner in House of Cards—plays Miriam ‘Midge’ Maisel aka Mrs. Maisel. Her incredible wit, charm, and warmth add depth to the character of Mrs. Maisel that allows audience members to truly identify with her as well as laugh while she regales bar audiences with comedic reiterations of the downfalls in her life.

In the role of Midge’s manager, Suzie, is Alex Bornstein, primarily known for her role as the voice of Lois Griffin in Family Guy. A grumpy woman wearing plain dark ‘men’s’ clothes, Suzie holds Midge accountable for all of her faults as well as providing hilarious sarcastic humor. Bornstein expertly steps into this role, projecting a façade of confidence in who she is with no care for what others may think.

Other incredible actors in this show are Marin Hinkle, playing Rose Weissman aka Midge’s mother, and Tony Shalhoub, playing Abe Weissman aka Midge’s father. Each of them brings an interesting take to their character, contributing to the outlandish arguments, hilarity, and grandiose nature of this comedic show.

One of the large factors in this show is the fact that the majority of the main characters are Jewish. Unlike other shows where Jewish characters are introduced but never actually do anything that reinforces this character trait, we see the Maisel and Weissman families attending Temple for the high holidays, celebrating their Jewishness as well as joking about it. While the show does rely a bit on stereotypes, it also breaks out of these character molds, showing the diversity within the faith. As a Jewish cinema lover, I have often been hard-pressed to find shows featuring Jewish characters that are not simply about the Holocaust. This is a show that I wholeheartedly love and enjoy, and can watch with my family and laugh at the Jewish jokes woven into the narrative.

So often, Jewish characters are sidelined or made to be the butt end of a joke, declaring that they celebrate Hanukkah instead of Christmas during the episodes of a sitcom that air in December. In contrast, The Marvelous Mrs. Maisel incorporates aspects of the Jewish experience expertly. While it is not without its mistakes of course,—primarily in its casting of non-Jewish actors to play Jewish roles—it warms my heart that a show such as this exists.

Of course, this would not be a proper review of The Marvelous Mrs. Maisel without taking the time to discuss the wonderful wardrobe. Taking place in the 1950s, the show would not be complete without the proper costumes to fit the period. Every episode features a variety of gorgeous styles, worn by the main characters as well as the side characters. Although hands-down, the best outfits, being both outlandish as well as stylish, are worn by Rachel Brosnahan in her role as Midge.

“Color and shape and texture can tell a story just as efficiently as the way the camera moves, or the dialogue,” Rachel Brosnahan told NPR in an interview. She went on to explain, “These costumes change the way I move, and breathe, and walk, and talk, the way I hold my head.” Costumes can make or break a character, and they contribute immensely to the world-building as well as character-building that goes on in a show.