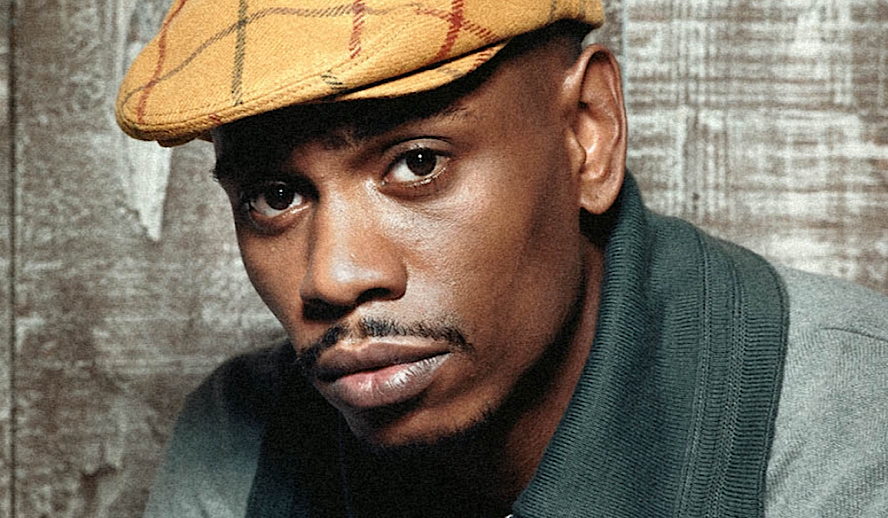 In a difficult year for the entire world, there is a new bright light to help us through the darkness: Chappelle’s Show (2003-2006). The sketch comedy show has now been added to Netflix and HBO Max for the first time, allowing viewers to binge-watch the three seasons at their leisure. The show is widely considered to be one of the best of all-time in its genre, and for good reason. It’s not only hilarious, but it was ahead of its time. Let’s look back on this oldie, but goodie TV show.

Dave Chappelle has proven himself time and time again as one of the titans of comedy, both through Chappelle’s Show and his standups. Chappelle’s Show in particular is captivating because he played several different satirical characters, such as Clayton Bigsby and Tyrone Biggums. He used these characters to exemplify different aspects of society in an outrageous, over-the-top kind of way. Much of the humor would definitely offend some people, but the message is deeper than just being “edgy.”

It’s a reflection of real life

Let’s take Clayton Bigsby as an example. In the show’s first episode, Chappelle plays Bigsby, a “black white-supremacist.” Ironically, Bigsby is a Black man that hates Black people. This is because he’s blind, and his friends and family don’t have the heart to tell him his true identity due to his racism. Bigsby spends his time writing racist books and is a prominent figure in the white supremacist movement. The catch is that his fans don’t know that he’s Black, because he hides his identity with a KKK hoodie.

If you haven’t seen this episode, you might be wondering why this premise would be worthwhile to watch. Outside of the humor, it’s a creative way of showing the stupidity of prejudice. Bigsby’s friends and supporters are all very simple-minded characters that accurately portray white supremacists. When the journalist character asks one of Bigsby’s racist friends why he won’t tell him he’s Black, he responds “I don’t want to waste his commitment to the movement.” How ridiculous is it to act like racism is a “movement” worth fighting for? The Proud Boys come to mind.

If you couldn’t tell by now, Chappelle’s Show is not politically correct. While that may turn off some viewers, it’s worth noting that the show is highly regarded for a reason. It may not necessarily be your cup of tea, but it’s certainly worth checking out, even if you’re not into offensive humor. As noted earlier, the show is deeper than just being offensive. The best art always has multiple layers to it.

This show laid the groundwork for Chappelle’s analysis of concepts like systemic racism that he would later go on to continue in standups such as 8:46. While the show was released in 2003, the subject matter is relevant now more than ever. With soon to be “former” President Trump telling the Proud Boys to “stand back and stand by” a few weeks ago, people like Clayton Bigsby are clearly still out and about in this country. Unfortunately, they aren’t just characters in a show.

If it were released in today’s day and age, the Clayton Bigsby skit may have been immediately “cancelled” on Twitter. Comedy and cancel culture don’t mix, because people often “cancel” things when they immediately hear or see something they don’t like. Rather than being reactionary, they should take the time to analyze all aspects of the topic at hand. It would be foolish to dismiss Chappelle’s Show before taking the time to think about its message.

When it’s done well, comedy and satire transcends humor and makes you think critically about whatever the topic at hand is. Chappelle has directly addressed cancel culture before, such as in his Sticks and Stones standup. He had a bit where he poked fun at people who get angry at everything on the internet, especially people who try to find old dirt on celebrities. Clearly, he doesn’t care who he offends, and that’s how he should be. It’s hard to be a good comedian with a filter.

If you watched the 8:46 special, you would know that Chappelle is a man who takes societal problems seriously. He spent nearly the entire half-hour expressing his anger about the injustice of the George Floyd murder, and all innocent Black deaths at the hands of law enforcement. The 8:46 name was taken directly from the Floyd case, because police officer Derek Chauvin kneeled on Floyd’s neck for 8 minutes and 46 seconds. With Chappelle being a critical thinker and talented comedian, why should he ever be cancelled because of some offensive jokes?

We need to laugh now more than ever

Chappelle’s Show is three seasons full of 20-minute episodes, and each one of them are essential to watch. In addition to the societal commentary, it’s also nice to kick back and laugh at the absurd and over-the-top humor. These times have been hard on everyone, and a few laughs certainly wouldn’t hurt anyone’s day. Dan Jackson from thrillist.com said it best, “With the coronavirus spreading across the globe, it can be difficult to find humor in anything, particularly the random attempts at diversion and hack topical jokes that might pop on your social media feed. Don’t these people know there’s a pandemic going on? And yet: Sometimes you need to laugh. That’s just how this stuff works.”

If you have seen the show before, then I don’t need to tell you that it’s absolutely worth a rewatch. I personally just started rewatching it, and it’s already been a therapeutic experience. In this strange time of online classes, social distancing, and sports games being played in empty stadiums, nothing is more helpful than watching Tyrone Biggums being his crackhead self. Comedy is an elite form of escapism that will never go out of style, and people like Dave Chappelle show us why the art form is so important.