Neflix’s Shadow and Bone’: The Newest ‘Game of Thrones’ With More Diversity 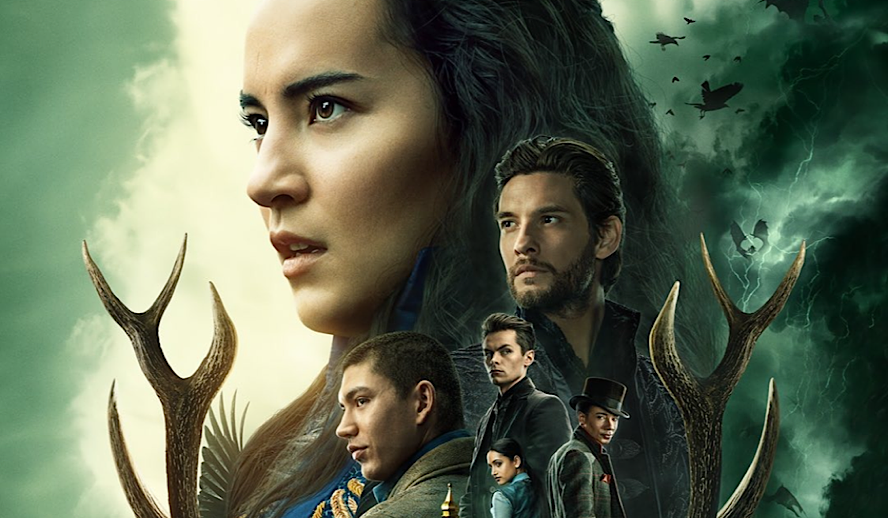 Netflix’s newest series, ‘Shadow and Bone’ is an immersive world with an incredibly diverse main cast. The protagonist of the show is Alina Starkov, played by Jessie Mei Li, a half-English and half-Chinese person. As well as that, Mei Li uses she/they pronouns and is one of the first lead actors to do so in a Netflix production. Alongside her is Archie Renaux, an Anglo-Indian actor, and her main love interest. ‘Shadow and Bone’ is a deeply immersive series and throws the viewer straight into the thick of it.

While there are a few learning curves, it’s a strong series formally and conceptually. ‘Shadow and Bone’ takes place in the war-torn world Ravka and contains Grisha, or humans with magical abilities. Based on the books by Leigh Bardugo, ‘Shadow and Bone’ is a pretty realistic adaptation of the books. Many of the key details stayed the same, something that will surely delight fans.

‘Shadow and Bone’ – A Strong and Captivating Open

The first episode of ‘Shadow and Bone’ cuts between the past and the present, showing the strong bond between Mal (Renaux) and Alina. Even since they were kids, they clung to one another and protected each other. Their bond is so strong that Alina even followed Mal to the front lines and to an even more dangerous part of their world (something that is explored in further episodes). Within the first five minutes, we get a sense of the action of this world as Mal is in the thick of fighting another soldier. Both are bare-knuckled and shirtless, surrounded by screaming men who egg them on. Although he struggles at first, Mal ultimately proves himself and knocks the other man to the ground.

Straight after the fight, another strange walks into the ring. He spins dust up into the air and blasts it at Mal and some of the other soldiers, demonstrating the audience’s first taste of the CGI and special effects of the show. The lighting of the entire episode is de-saturated and often yellow-green in tone. It shows the true ugliness of the world they’re living in, plus how taxing the war is on these characters.

‘Shadow and Bone’ does more showing than telling and leaves the viewer to put pieces together. However, it’s a very interesting show and while it takes a bit to absorb all of the terminology and lore of the world, it’s worth the wait. The cast all have chemistry with one another and the dialogue feels natural and humorous. For such a serious show, they make sure to have humorous moments to lighten everything up, something very needed.

Toward the middle of the first episode is where we start to delve deeper into our ensemble cast of characters. We begin to learn the main problem, Mal has been drafted to go on a dangerous mission, and Alina wants to join him. Yet, this main plot takes a backseat as we switch perspectives to a new character, Kaz (Freddy Carter). We meet Kaz in a very dramatic way when his underling Jesper (Kit Young) makes a disturbance in his bar. Kaz is slick in a way that gangsters in Mafia movies are, with slicked-back hair and strong eyebrows. His face is slim and his cheekbones pronounced, giving him a ghostly almost inhuman look. He controls Jesper easily and with only a few thinly-veiled threats, Jesper is shaking in his boots, all previous bravado gone.

Kaz is dressed to the nines as well and carries an ornate cane around with him, adding to his signature look. He’s a mercenary and these few minutes dedicated solely to him set up his role as the main antihero. The scenes centered around Kaz are darker and dingier than the previous ones. We get a glimpse into the criminal underbelly of Ravka, headed by Kaz himself, or at least in this particular area. The entire bar is filled with mist, creating a cloudy atmosphere. Green hues travel over to these scenes too and low light is utilized to continue an unsettling feeling. Before we know what Kaz is capable of, we get a sense of the damage he can cause.

In the past, streaming service Netflix has come under fire for how it often treats diverse shows (‘Anne With An E’ is the first example to come to mind) poorly and cancels them after the first season. While this may not seem a big issue at first, many of these shows have been critically acclaimed and well-received. Another big problem that this stems from is that Netflix seems to focus more on heterosexual shows with an all-white cast than these diverse shows.

‘Shadow and Bone’ is a good step in the right direction of fixing these past mistakes. As previously stated, the main cast are minorities both in terms of ethnicity and in terms of identity. Along with them, we have Kit Young, a Scottish and Ugandan actor who serves in a group of anti-heroes led by Kaz. While Kaz’s group seeks to oppose Alina and her friends, the groups are both so likable that it’s hard to choose. Kaz and his group of misfits are a delight to see on screen and had the majority of my attention. The series also has Sujaya Dasgupta as a fire-wielding soldier and Amita Suman as a mysterious spy. All in all, ‘Shadow and Bone’ does a good job of including diverse actors, though there are fewer female actresses in comparison to the male ones.

The best part of ‘Shadow and Bone’ is its ability to affect teen audiences today. It’s an extremely entertaining and interesting show, but less gory than shows that have come before it like ‘Game of Thrones’. Mal and Alina’s romance is a center point of the story, something that will surely entice young audiences. It’s an action-packed, darker show, but never feels inappropriate. ‘Shadow and Bone’ may be the ‘Harry Potter’ or ‘The Hunger Games’ to preteens and teens now and shows a lot of promise. The characters are likable and feel like they’ve lived in this world long before we’ve arrived. The world is well-developed and every minute detail is fleshed out to immerse us in their world. It’s a visually beautiful show that combines unique camera movements with lighting to create a visceral atmosphere.