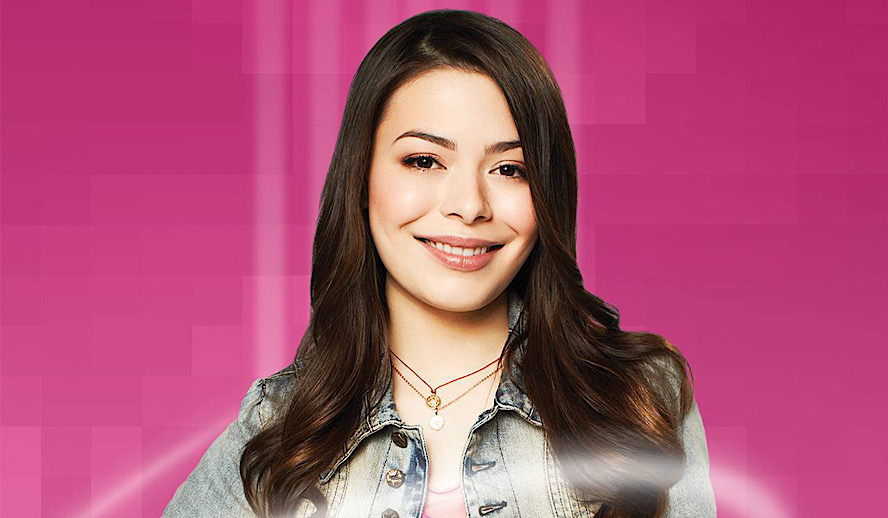 “iCarly” fans have a reason to celebrate as filming of the revival of the popular Nickelodeon show is officially underway.

The Paramount+ account tweeted a picture of stars Miranda Cosgrove, Jerry Trainor, and Nathan Kress reunited on set on January 28. “So wake-up the members of my nation,” the tweet read, in a reference to the original Nickelodeon show’s theme song. “Who’s ready for all the new #iCarly series on Paramount+?” The three stars also shared the picture to Instagram, with Trainor writing, “Prepare yourselves” in his caption.

Miranda Cosgrove is set to return in the series as web show star Carly Shay with Trainor reprising his role as her older brother Spencer Shay and Kress returning as Carly’s friend Freddie Benson. Jay Kogen and Ali Schouten are currently signed on to develop the series and will also serve as executive producers and co-showrunners.

Related article: Everything We Know About Disney’s Upcoming ‘Raya and the Last Dragon’

The revival was ordered in December 2020, with TVLine first reporting the news and that Cosgrove, Trainor, and Kress were returning. However, the most notable absence from the lineup is Jennette McCurdy, who played Carly’s best friend and co-host Sam Puckett and was part of the show’s main trio along with Cosgrove and Kress. She had additionally starred in the “iCarly” and “Victorious” spin-off “Sam & Cat” alongside Ariana Grande for one season shortly after “iCarly” ended. Though she is the only original lead who was not announced to return, Noah Munck, who played Gibby and became a part of the main cast in season four, also does not seem to be involved with the revival.

“iCarly” initially ran for six seasons from 2007-2012 on Nickelodeon, and quickly became a popular staple for audiences everywhere. The show followed character Carly and her group of friends who suddenly experience newfound fame upon their web show becoming a viral sensation, and have to balance their everyday teenage lives while navigating new adventures.

Created by Dan Schneider, “iCarly” was his fourth series for Nickelodeon, following “All That”, “The Amanda Show,” “Drake & Josh,” and “Zoey 101”. He later created “Victorious,” “Sam & Cat,” “Henry Danger,” “Game Shakers”, and “The Adventures of Kid Danger” for Nickelodeon as well. His original concept for the show centered around Miranda Cosgrove playing a normal girl who happens to get cast in her favorite TV show, “Starstruck,” but after some deliberation, he decided to make Carly have her own show that she could run herself and incorporate whatever she wanted to do. The pilot was ultimately shot in January 2007 and although initially, it cycled through several names for the lead role including Sam and Josie, Carly was chosen with the help of Steve Molaro, Schneider’s friend and the producer of “The Big Bang Theory.” Schneider is not currently involved with the production of the new series.

Throughout its 97 episodes, “iCarly” gained a massive fan base and additionally received a number of awards and nominations. “iCarly” was nominated in the Favorite TV Show category in the Kids’ Choice Awards every year from 2008-2013, winning in 2009, 2010, and 2011, and was also nominated for the Primetime Emmy Award for Outstanding Children’s Program five times. It also regularly broke viewership records for Nickelodeon, as the most-watched episode of the show, “iSaved Your Life”, which aired January 18, 2010,  is the second most-viewed telecast in Nickelodeon history, with 11.2 million viewers.

The Age of TV Show Reboots

It does not come as a surprise that such a popular show is receiving a revival, even though it seemingly only ended a few years ago, as countless television shows have recently been breaking news that they are returning for revivals or spinoff series. The decision to move the series to Paramount+ as opposed to Nickelodeon is also unsurprising, given the continued age of streaming and especially as Paramount continues to rebrand itself from its previous title as the streaming service CBS All Access – a change that was made back in September. With Paramount+ being yet another platform out of the endless streaming options that exist, it makes sense that they would use the “iCarly” revival as means to draw in audiences, similar to how recent streamers such as NBCUniversal’s Peacock and HBO Max have done with their new content.

Peacock recently debuted “Saved by the Bell” sequel series that includes several original cast members in their prior roles, including Mario Lopez and Elizabeth Berkley, and HBO Max announced the “Sex and the City” revival “And Just Like That…” earlier in January, which will feature Sarah Jessica Parker, Kristin Davis, and Cynthia Nixon all reprising their roles in an upcoming 10-episode series. A “Gossip Girl” reboot will also be coming to HBO Max that will pick up eight years after the original series finale, and will follow a “new generation of New York private school teens.”

In terms of other new Paramount+ content, a “Grease” reboot will be coming to the platform, after initially being slated to debut on HBO Max. “Grease: Rydell High” takes place in the ‘50s at Rydell High and will focus on “the peer pressures of high school” as it “reimagines the global smash hit movie with some characters you already know, and a whole lot more you will soon meet.” Thanks to its rebrand, the streaming platform will now include new content as such, along with shows under ViacomCBS’ far-extending umbrella that includes BET, CBS, Comedy Central, MTV, and Nickelodeon. This combined with everything that Paramount Pictures has to offer leads to more than 30,000 episodes and films on the platform, while BET, Comedy Central, and other subsidiaries will also continue to produce original series, such as the iCarly reboot.

While fans continue to speculate about what exactly the new series will hold, such as if Carly and friends will have perhaps evolved into social media influencers, for now, it’s exciting to know that filming is underway and that the cast is working hard to bring us content that, as Nathan Kress posted on Instagram, will be “a little something to look forward to in 2021.”