Must-Watch: ‘I am Jonas’ is the French Romantic Drama That Forces You to Feel 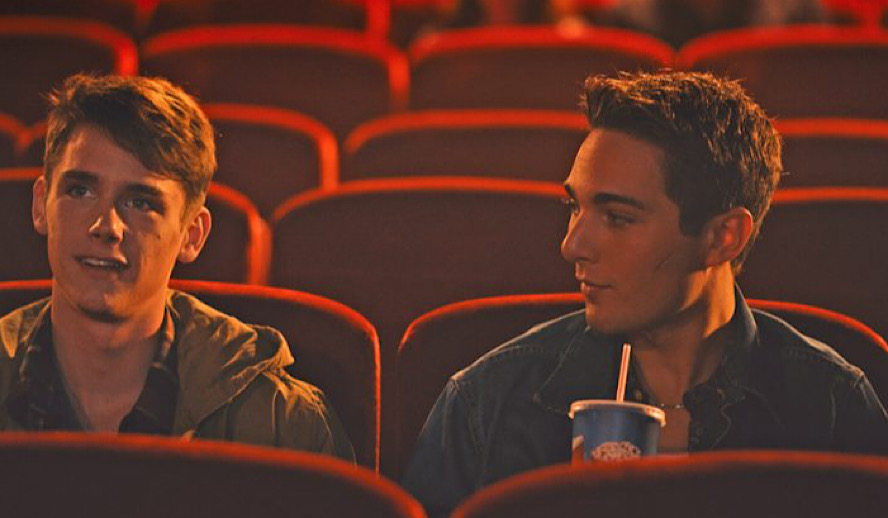 As part of Hollywood Insider’s Hidden Gems Series, we aim to bring forth and highlight movies that must be watched from across the one-inch barrier. International films that are brilliant hidden gems and masterpieces of cinema that are worth your time. Today, we highlight ‘I am Jonas’ which is available to watch on Netflix.

I am Jonas is a French indie film that navigates queerness and tragedy paralleled through two different points of Jonas’ life. Directed by Christophe Charrier and starring Félix Maritaud, Nicolas Bauwens and Tommy-Lee Balk, I am Jonas made its premiere in 2018 and received a warm welcome in our growing collection of modern queer films. Like lots of french indie films, I am Jonas contorts the viewer’s perception, in this case, of time, and in doing so expands our capacity for absorbing difficult themes.

By subverting the typical viewership experience, we can better understand who Jonas is, and the complexity of the weight he carries. Through intimate cigarette puffs in his youth, and droning motorcycle rides fleeing his trauma in his adulthood, I am Jonas erases time to color-in the nature of lingering loss.

Secrets and uncertainties sprinkle themselves throughout this film. But Jonas’ sexuality is not one of these secrets, at least for the audience; his queerness is evident from the film’s trailer. Even so, like many queer individuals, Jonas exists in the often complicated culture of modern queerness. The looming neon lights beckon Jonas to a blinding flurry of agony, as each flicker elicits the same atmosphere of which his adolescence took a devastating turn. Jonas’ has an unhealthy relationship with nightclub culture.

The dramatic and forceful plight of his innocence has stunted his ability to form stable connections with people. As a result, he clings tightly onto people from his past and runs through his present relationships. As a viewer, it’s hard to watch someone slip into the depths of a painful reality. Likely as a coping mechanism, Jonas often turns to violence.

10/10 would recommend this movie. I died a little after watching this movie, practically living vicariously through Nathan and Jonas… until it was ripped away from me. ? Anyhoo, watch I Am Jonas on Netflix. (Ps; it’s french) pic.twitter.com/1sY6xu5XL7

Félix Maritaud balances Jonas’ tender essentiality, and his adopted fragile rage, which usually transmutes itself into intense aggression. By walking this line, Félix shows that Jonas’ core, a kind and gentle spirit, is still present even at his worst moments. Even when Jonas is sticky with blood and stinging with scars, his delicateness still peers through.

Violence is in the film’s atmosphere too, as the beginning of Jonas’ coming of age is set at the death of Princess Diana. Every time a TV is turned on, the news reports violence and he has visions of violence at the beginning of the film. Like Jonas’ scars, his tattoos fade the same, serving as more signs of a man slowly withering away, succumbing to pain and turmoil. I am Jonas can seem quite bleak, but since the film interweaves Jonas’ past and present, the audience is peppered with moments of joyous intimacy and youthful sweetness.

Pain and Time in I Am Jonas

I am Jonas showcases the full scope of falling in love, zooming in on is naivete, following Jonas as he swoons head over heels for Nathan, the mysterious new kid in school. As Jonas runs to collect every piece of Nathan in both phases of his life, he finds himself paralleling his past, finding old connections like new-found treasures. These connections seem to be close to what he needs, or at least close to what he’s looking for. It’s hard to pinpoint exactly what Jonas is looking for, but it doesn’t matter. The film, at its core, shows the audience how trauma contorts the idea of time, even challenging its existence in the face of immense turmoil.

An infinite loop: the best description of the game Tetris and it’s music, which follows Jonas throughout both his past and present. It’s song, Korobeiniki is reiterated a multitude of times in the film, emphasizing critical moments for Jonas’, moments also observed in the meaning of the song. Originally a song written in pre-revolutionary Russia, the poem tells a story of a market haggle as a metaphor for a romantic relationship. And you can hear it in the melody, a song of highs and lows–a pursuit of love.

The repetitive placement of this song in Jonas’ past and present indicates how his life has been stagnant since he was a teenager. His pain put his life on pause, and he stopped developing. Like the motif of the game Tetris, Jonas has to piece together his memories and their meaning. This leaves him in an infinite loop of trauma, repeating past mistakes and running into figments of the past seeking healing.

Jonas said it himself: “I’m looking for something that doesn’t exist.” He’s spent 18 years chasing lofty concepts, but none of them are real anymore. I am Jonas is a movie about fighting time, trying to move against its current and getting arrested in the process.

But there is hope for Jonas, as there is hope for anyone who’s come onto difficult times. Pain, trauma, and violence are too in our current atmosphere. In the final moments of the film, we see Jonas’ arriving in a new place; it’s new circumstances, relationships, and experiences that break the cycle of loss.

New adventure is what set’s Jonas free from the infinite loop of suffering. Yes, Jonas is looking for something that doesn’t exist, and somehow, he still finds it. The film is a message to anyone carrying an immense burden. It tells us if we suspend our false realities, especially our guiltiness, we can begin the process of letting go, and eventually healing.

Watch I am Jonas on Netflix and enjoy a masterpiece in queer cinema.