The Problem with Family Vlogging and Why Children Are at Risk 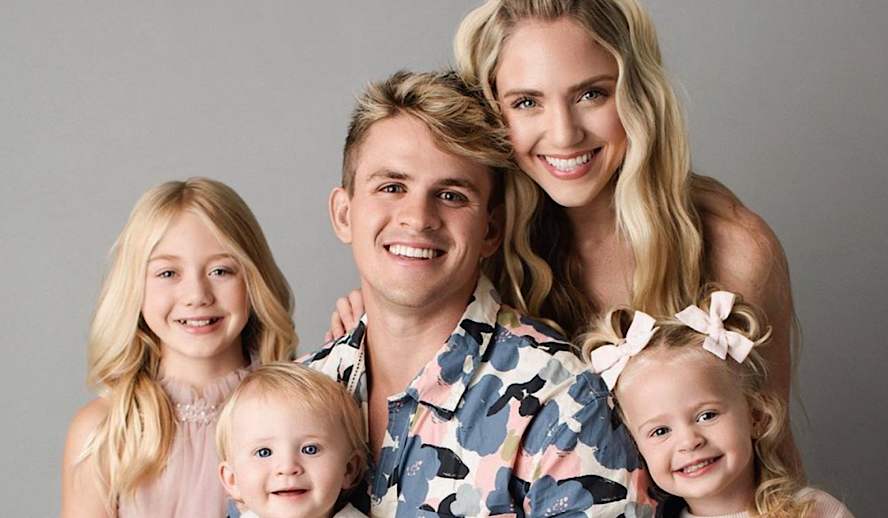 Growing up on YouTube, I think I’ve been to every major side of the site from gaming to family vlogging. When I was younger, I loved watching family vloggers because I wanted to watch other families get to do things that I couldn’t do. It was a second-hand experience for me. For example, if a family went to Disneyland, I’d be happy to watch because I couldn’t go to the theme park at that time. I never had a favorite family vlogger but the one I watched the most was the Shaytards and they’re credited as being the first family vloggers. For those who don’t know what family vlogging is, it’s basically recording your family’s daily lives and adventures. You invite the viewer to be a part of the family by watching and engaging with their content.

Throughout the years, there has been an increase in family vloggers due to YouTube making their site family-friendly and creators noticing that family-centered content gained more views. You also got more attention if you had younger kids and a newborn baby thus encouraging more people to start a YouTube channel once they had a baby in hopes of becoming a popular family vlogger. It started to become a competition between family vloggers whose content is attracting more viewers and that’s when other creators started to notice the problem of family vloggers.

If you ask someone who is the most popular family vlogger, they’ll probably answer the ACE family or the LaBrant family. They’re brought up the most due to their controversies involving themselves or their children. Many content creators have called them out for exploiting their children or scamming their fans. However, many people still watch them and you wonder who could be watching these types of channels? The answer is kids. These kids are just like me in wanting to experience something second-hand because they imagine themselves experiencing the things the family does. Especially if it’s a kid who’s the same age as the vlogger’s kid they can easily put themselves in their shoes. This is why there are millions of views on family channels because kids don’t know about the controversies or the problems with them. When they’re older and grow out of family vloggers they’ll be another set of kids to take their place.

It’s a never-ending cycle of views therefore family vlogging will never go out of style unless YouTube makes a news policy to protect the kids in the vlogs. You might be asking why YouTube needs to protect the kids and it’s because the children’s privacy is at risk. I’d like you to imagine your life being documented to millions the second you are born and having to perform for the camera the older you get. What people started to point out are kids having private moments like crying or being injured are being used for view and parent love is being replaced by having a camera shoved in their faces. I’ve had my fair share of embarrassing moments as a kid and I would be very upset if my parents used it for content because I don’t want others to see it. These kids have no privacy and it’s dangerous because they could have stalkers and be a victim of kidnapping. However, the most disgusting thing that happens is pedophiles watching and engaging with their content. It becomes an issue when these kids have an Instagram page from the moment they are born and have grown men commenting and liking their posts. It makes me sick to my stomach the lengths parents would go to earn money over protecting their kid’s privacy.

Puppies, kittens, and babies will always get views because they’re so cute and you want to squish their tiny faces. Users on Tik Tok have also discovered that if you have a cute baby, you’ll get tons of followers and views. I’ve fallen victim to engaging in content with cute babies on Tik Tok because there are some cute babies but when you take a closer look, they follow the same pattern as YouTube family vloggers. Instead of a camera, they’ll have a phone in their kid’s face recording moments to share with followers and inviting them into the family. At first, I didn’t see anything wrong with sharing your baby on the internet, however, the popular site Reddit taught me why it’s better to keep kids off the internet.

If you engage with popular family Tik Tokers, I advise you to take a look at Reddit, just search their name and add the word snark afterward. Snark means to make fun of or to make snide comments about and these pages are meant to expose influencers who exploit their children. When posting they’ll always be sure to block out the children’s faces because they can’t consent to be posted. Snark pages dedicated to mom influencers often critique the mom’s actions and start conversations with others about their actions. Most of the time it’s valid critiques while other times it’s flat-out bullying but in all the snark page is there to keep up with the child exploitation.

More people are speaking out against family vloggers and Tik Toker’s because of these snark pages and many creators are aware of their existence. Most influencers with kids know that there are people who don’t like what they do but it’s getting to the point where they have to know the reality of where posting their kid gets them.

Most people are now aware that pedophiles watch Tik Tok’s involving children and it’s becoming such a problem that parents are aware of it and choose not to do anything about it. It’s no longer about just protecting your kid’s privacy, it’s about protecting your kid in general. There are disgusting people in this world and these parents should be doing everything to protect them. They don’t because they value attention and money over protecting the well-being of their children. There aren’t any positives anymore to posting your children for content and it’s time for these influencers to realize that. Many popular influencers who become aware of the problem have stopped posting their children or simply started to block their faces. Children deserve their privacy and protection, there isn’t any good mom influencer because if they post their kid’s faces for views they’re a part of the problem. There are other creative ways to tell stories involving kids or to bring awareness to a disability. In conclusion, kids deserve to have their childhoods protected and to have families that show them, love, without having a camera in their faces.