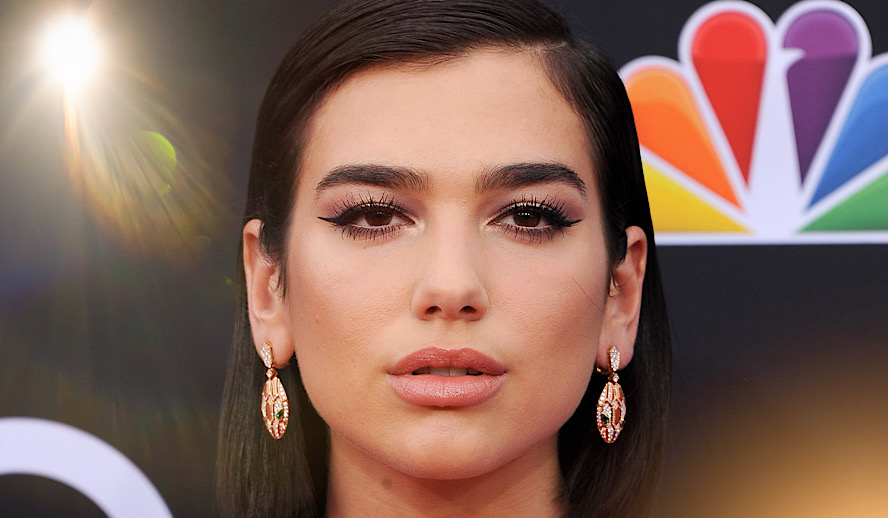 Where Did Dua Lipa Come From?

The 25-year-old pop-star was born in London but spent the majority of her childhood living in Kosovo after moving there in 2011. She was born to Albanian immigrant parents Anesa and Dukagjin Lipa and is the eldest of three children. She clarified with fans that while Dua Lipa may sound like somewhat of a “stage name”, it is in fact her birth name and ‘Dua’ can be translated to mean “love” in Albanian. While her parents never pushed her toward music, her love for it was undeniably inevitable considering her father was a musician.

Around the age of 15, she expressed to her parents that she felt as though she didn’t fit in in Kosovo, and convinced them to let her move back to London alone to pursue a career in music. After moving in with a friend, she spent her spare time uploading covers of popular songs to YouTube and it only took a few years for her living room ballads to get noticed by Warner Bros. Records. They signed her to a record deal in 2014 and she released her debut single ‘New Love’ in 2015.

‘New Rules’ Served as a Game Changer for Lipa

Fast forward to 2017, Lipa’s debut self-titled album ‘Dua Lipa’ was released on the second of June after having worked on it for nearly two years. In an interview with Harper’s Bazaar, Lipa expressed how she managed to stay in control of her music and image while making the album due to the fact that she had such a clear picture of the idea she wanted to execute – “I’ve always been very much in control of my music and my image and I think one of the things I’ve been lucky about is I didn’t bring a label on board until I really figured out who I was.”

Dua’s album held some of her early hit singles ‘IDGAF’ and ‘Blow Your Mind (Mwah)’, but the song that was really worth talking about that took the world by storm was her sixth single off the album, the girl-power, break-up anthem ‘New Rules’. It was with her aesthetically pleasing, color-coordinated music video, full of fresh faces and talented female dancers that accompanied the track that allowed Lipa to make YouTube history by breaking the record: the youngest female artist to hit one billion views on a music video. The song now has more than doubled that record where it currently sits at 2.4 billion views on YouTube.

‘New Rules’ was her first song to reach number 1 on the UK singles charts and ranked number six on Billboard Hot 100. The album itself had a great amount of praise and at the 2018 BRIT Awards Dua Lipa made history once again by becoming the first female artist to acquire 5 nominations in a single year. She won 2/5 of these awards: British Breakthrough Act and British Female Solo Artist. Additionally, in 2019, Dua Lipa took home the Grammy as a first-time nominee for Best New Artist amongst talented fellow up-and-coming artists Chloe x Halle, H.E.R., Margo Price, Luke Combs, Bebe Rexha, and Jorja Smith. With her debut album receiving such high remarks, and winning the hearts of fans all over the world, it was safe to say that Dua Lipa was on the rise to stardom.

After the favorable outcome from her first album, fans were desperate for Lipa’s next release. Three years after ‘Dua Lipa’ dropped, she put out her sophomore album ‘Future Nostalgia’ on the 27th of March in 2020—which many of us also remember to be the start of the COVID-19 Pandemic. Lipa considered pushing the release date back in hopes of being able to promote the album outside of isolation, however, that notion didn’t quite go as planned. The album originally had a release date of April 3 but was leaked a week early, giving Lipa no choice but to deliver fans her new album. While of course releasing ‘Future Nostalgia’ during a time where nearly everyone was locked inside meant that there would be no tour or no talk-show appearances, however, it just so happened to be the perfect time to deliver this masterpiece.

With individuals all over the globe stuck inside their homes, quarantining from the virus, Dua Lipa delivered an escapism to many with her uplifting and dance-worthy tracks which took the world by storm. Lipa’s manager spoke to ELLE magazine on the success of the album during COVID-19, “The global pandemic certainly changed things, and we were limited in terms of the promotion we were able to do for the album. But I was very proud of the way in which the team adapted and changed to put together the best release plan possible.” Nearly all of her songs were doused over every social media platform with several Tik Tok dance trends to follow. It was quite frankly impossible not to become a Dua Lipa/‘Future Nostalgia’ fan.

While her sophomore album was exceeding expectations, Dua Lipa shared her qualms about creating a successful record to follow with her incredibly lucrative first album. She spoke about these pressures with People Magazine sharing the anxieties swirling through her mind, “I was like, ‘Oh my God, I have to try and do something with the second record.’ But I wanted to get away from all those pressures and other people’s expectations and opinions of what I should be doing because I felt like then I would try and recreate ‘New Rules’ and never get anywhere. I wanted to mature as an artist.”

Of course ‘Future Nostalgia’ received boundless acclaim and with many awards under her belt, Lipa scored another Grammy in 2021 for Best Pop Vocal Album, solidifying that low and behold, she had done it again. With her sophomore album still soaring high on the music charts, it is exciting to consider what the talented singer will work on next. Dua Lipa has certainly commanded the pop music scene, and is unquestionably here to stay.