B.J. Novak’s ‘Vengeance’ Is A Hilarious Thrill Ride With A Lot of Heart 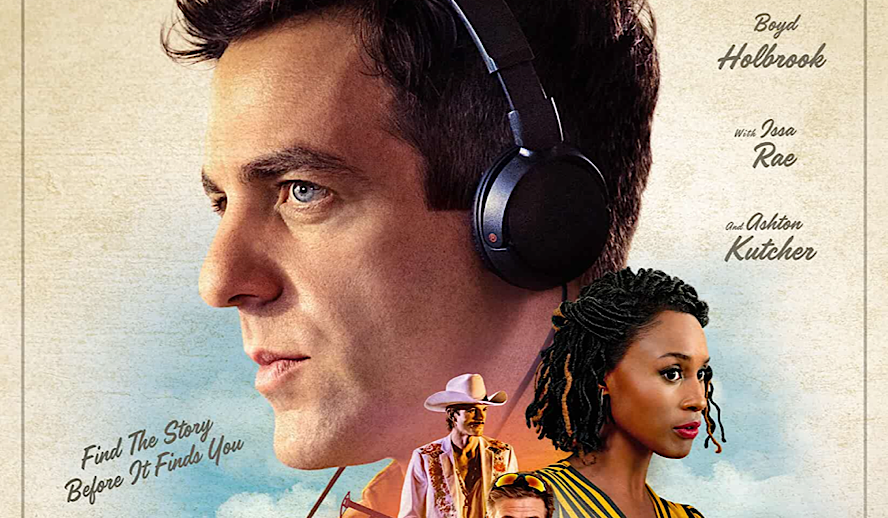 Podcasting as a medium has been popular for nearly two decades and the world has seen a wide variety of topics covered from unsolved murders to explaining why every band sucks . Now, there is so much to talk about constantly, especially around the ever growing divide in America. This is the ground upon which B.J. Novak’s new film, ‘Vengeance,’ builds itself.

‘Vengeance’, written and directed by B.J. Novak, tells the story of a journalist who visits Texas to investigate the murder of a girl–Abilene–who he slept with once. The film stars B.J. Novak as Ben Manalowitz, Dove Cameron as Jasmine, Boyd Holbrook as Ty Shaw, Ashton Kutcher as Quinten Sellers, Issa Rae as Eloise, Isabella Amara as Paris Shaw, and J. Smith-Cameron as Sharon Shaw. The film follows Ben as he receives a call from Ty, Abilene’s brother,\ informing him that she died of a drug overdose and asks him to attend his sister’s funeral in Texas. Ben quickly realizes that the family believes he was her boyfriend when, in fact, he was not. Ty tells Ben that he believes Abilene was murdered despite lacking evidence of foul play. Ben decides to turn this tragedy into something career beneficial and creates a podcast around her death to explore why the family would choose to believe she did not die of a drug overdose.

How ‘Vengeance’ Uses Podcasts to Tell the Characters’ Stories

Once Ben begins his podcast, ‘Vengeance’ strongly feels like a film inspired by podcast production. Ben follows Ty across Texas interviewing people in Abilene’s life while documenting the culture of rural Texas. His journey takes him from sitting at the dinner table with the Shaw family, to documenting how Texas came to be, to attending rodeos to learn about Texas culture. At first, Ben is a complete outsider to the Texas style: he’s a Jewish journalist from New York City. Despite this, he quickly learns how the rest of the country lives.

What makes the podcast element of the plot effective storytelling is how intimate it gets with its characters. At first, Ben asks questions about the lives of the Shaw family in order to capture material for his podcast but he learns that what these people have to say is quite meaningful. Ben makes a great deal of assumptions about Texans, but this is washed away with each podcast he records. One of the more prolific podcasts he records is with Quinten Sellers (Ashton Kutcher), a record producer living in Texas. Quinten opens Ben’s eyes to what life is like in the middle of Americana. Quinten politely calls out Ben for assuming that the people living in this region of Texas are simple-minded and not creative when the opposite is true. Quinten proves that this side of Texas holds an immense amount of potential. It is through the Shaw family and Quinten that Ben is exposed to a whole new world, changing his perspective on these characters.

‘Vengeance,’ Nihilism, and What Really Matters

The biggest theme explored in ‘Vengeance’ is the title itself: vengeance and revenge. Throughout the film, Ben explores the internal need for revenge and why people are compelled to satisfy that need. It is clear that Ben, from the beginning of the film to end, undergoes a seismic shift in character: he initially views Abilene’s death as something to be written off and unworthy of investigation. However, after meeting Abilene’s family and coming to understand their struggles with losing her, he creates a bond with them and feels their pain even if he was never really involved.

America cannot be boiled down to a single story or pitch, and this becomes the theme of the film. The same way Abilene and her story cannot be condensed into a podcast story. People and places are complicated and are not as easy to understand or explain as Ben initially believes. Ben comes to understand by the end of the film that what he believed mattered in the beginning was pointless by the end. He believed getting a good story was what mattered when really he was chasing vengeance the entire time.

‘Vengeance’ overall is amazing work by B.J. Novak. Although the story at times is a slow-burn, and concludes on a polarizing note, it still delivered well on its essence and remains true to the characters. The acting was well played and every performance shined through. One standout performance shines from the hilarious scenes of Eli Bickel’s character act,  ‘El Stupido.’ Watching this film in a theater was an absolute thrill ride as I walked in with little to no expectations., Considering most people only know B.J. Novak from his character of Ryan in ‘The Office’. it was refreshing to see his take on the thriller genre. For his directorial debut, B. J. Novak wrote a film that manages to expertly balance its comedy with action and deeper meaning surprisingly well.