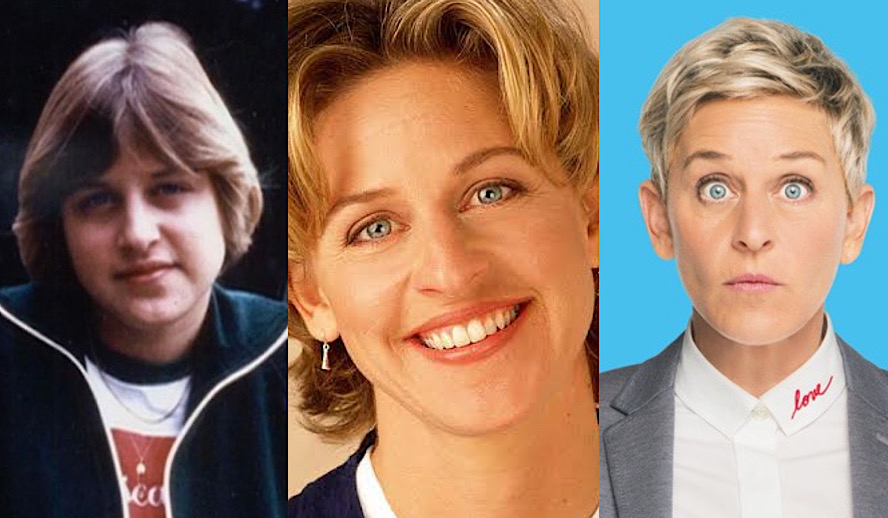 Ellen DeGeneres is an award-winning television talk-show host, actress, comedian and, of course, has notably received a Presidential Medal of Freedom in 2016 from President Barack Obama for her contribution to the arts. She is quick, witty, and overall an incredibly giving person who has lit up television screens with her energy for many decades on her personal talk shows. Ellen DeGeneres’ career began in the early 1980s as she began to find herself performing stand-up at comedy shows and comedy television shows. She performed on comedy television series such as ‘The Big Laff Off,’ ‘Comedy Tonight,’ ‘The Young Comedians All-Star Reunion,’ and more in the 1980s.

Ellen DeGeneres’ first huge career milestone happened in 1986 when ‘The Tonight Show Starring Johnny Carson,’ tipped off by Jay Leno, sent a booking agent to watch one of her comedy routines at the Improv in Hollywood. The booking agent was obviously impressed with Ellen as she became the first female comedian ever to be invited by Johnny Carson to sit on his famous couch. From that point on, she would continue to dominate the talk-show circuit as she would perform on shows such as ‘Late Show with David Letterman,’ ‘The Tonight Show with Jay Leno,’ ‘The Oprah Winfrey Show,’ and much more. In the 1990s, she would star in movies and television shows such as ‘Laurie Hill,’ ‘Coneheads,’ ‘Mr. Wrong,’ ‘Goodbye Lover,’ and more. In 2003 she would famously be the voice for Dory in the popular children’s movie ‘Finding Nemo.’

As Ellen DeGeneres kept winning over audiences with her quick-witted humor, it was only a matter of time before she landed her own prime-time sitcom ‘Ellen‘ in 1994, which ultimately ended up showcasing all that she was capable of as a comedian and actress. In 1997 Ellen’s character on ‘Ellen’ made the landmark move to have the first lead in sitcom history; her character on the show openly acknowledged her homosexuality on air.

Though she was praised by LGBTQ+ activists, the television sitcom became controversial at the time, and ultimately the sitcom was canceled in 1998. Ellen Degeneres’ drive to always be true to herself and her audiences have since inspired many people throughout the world who may be hesitant to be themselves indeed. She has since spoken out about the criticism she received in the late 1990s and revoked the idea that she was a leader within the LQBTQ+, and she instead says that she just didn’t want to keep the secret anymore.

With this in mind, Ellen Degeneres has maintained her position as an avid animal and gay rights activist. Overall, one thing is clear about Ellen Degeneres, she has always remained true to herself and has inspired many people along the way. In recent years, as most of us probably know her for, she has worked as a television host for her own talk show, ‘The Ellen DeGeneres Show,’ which has been on air from 2003 to now. The talk show has become a staple on television, and there are many iconic moments from the show that people continue to reference.

Ellen DeGeneres was born on January 26, 1958, in Metairie, Louisiana, to her parents Elizabeth Jane and Elliot Everett Degeneres. Her older brother, Vance Elliot Degeneres, would find himself in the spotlight before Ellen, working as a successful producer and writer, once a correspondent for ‘The Daily Show.’ He is known for television shows and films such as ‘Crazy, Stupid, Love,’ ‘The Incredible Burt Wonderstone,’ ‘Inside Comedy,’ and more. With this in mind, Elliot was always known as the funny family member until Ellen Degeneres was able to use comedy to shake her nerves at a public speaking event before her career began. Realizing her ability to make an audience laugh, it wouldn’t be long before she would start to receive offers to do stand-up comedy.

As mentioned before, her career would kickstart in the early 1980s, and the rest would be history. Ellen DeGeneres has continued to win over audiences ever since and has received many awards to show it, with over 90 wins and 90 nominations for awards over the years. Before ‘The Ellen DeGeneres Show’ would land on television screens in 2003, she starred in films and television shows such as ‘Doctor Doolittle,’ ‘The Love Letter,’ ‘If These Walls Could Talk 2,’ ‘The Ellen Show,’ and more.

Ellen DeGeneres, once again, won over audiences with her humor and relatability, which led to her becoming a popular choice as a host for award shows such as the Grammys in 1996 and 1997, the Primetime Emmys in 2001 and 2005, and the Academy Awards in 2007 and 2014. She also famously filled Paula Abdul’s spot on American Idol as a judge for the show. Ellen DeGeneres is also a well-known author as she has written books such as ‘My Point … and I Do Have One,’ ‘Seriously … I’m Kidding,’ and ‘Home.’

She has kept busy with ‘The Ellen DeGeneres’ show over the years, but she has to continued to work as a producer on some projects. She has worked as a producer for films and television shows such as ‘Ellen’s Next Great Designer,’ ‘All Love with Tabitha Brown,’ ‘Family Game Fight,’ ‘Life’s First Evers with Jeannie,’ and much more. Ellen DeGeneres has won over audiences for many decades now, and there is no doubt that she will continue to do so for decades to come. She is hilarious and overall inspiration for all up-and-coming comedians and future talk-show hosts.