‘The Bob’s Burgers Movie’: A Charming and Clever Film That Makes the Case for the Animated Genre 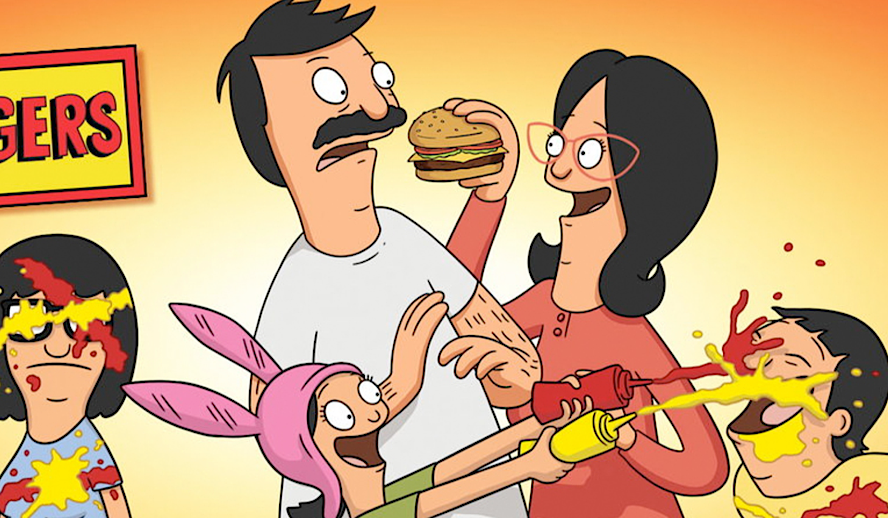 Animated films often don’t receive as much praise or worship as live-action movies do.  They rarely, if ever, garner the recognition that they deserve.  This is likely because we associate “animated” with the word “cartoon”, as any story told within the medium is only a simple narrative with over-the-top slapstick merely aimed at making kids laugh.  The Academy Awards’ inclusion of a “Best Animated Feature” category demonstrates Hollywood’s implicitly condescending attitude towards films and shows of the genre.  ‘The Bob’s Burgers Movie’ eloquently rejects that stereotype.  Even for people who have never seen a full episode ‘Bob’s Burgers’, the animated FOX sitcom that the film is a continuation of, this movie is a heartwarming, witty, and well crafted animated adventure that will put a smile on the faces of average viewers as well as long-time fans of the show.

The main cast of the Emmy-winning animated sitcom all reprises their respective roles in the film.  H. John Benjamin is back as Bob Belcher, John Roberts as his wife Linda, Dan Mintz as their daughter Tina, Eugene Mirman as their son Gene, and Kristen Schaal as their youngest child Louise.  Each member of the cast was very quick, witty, and in sync with their respective characters.  They’ve all been voicing these characters for years now so they have a very good idea as to what they would say and how they would say it.

The humor from each of the characters is not rehashed, tired, and standard sitcom humor.  Rather, the comedy in the film is drawn from each voice actor’s refreshing sense of timing and listening to the other characters as well as the actors that play them, the key to great improv.  There are endless amounts of live-action comedies that fail to nail this element.  This film did it better than all of them.  It is also worth noting that this film is not only an animated comedy, but also a musical.  The songs themselves were incredibly funny and catchy enough to sing along to, but they were also very well performed by the cast. The opening number especially set the tone and vibe of the entire movie as well as introduced viewers who may not be fans nor have seen episodes of the show right into the world of ‘Bob’s Burgers’.

It has been years since there has been a mainstream, theatrically released, 2-D animated film.  Perhaps the last one that attracted a sizable amount of mainstream attention and success was Disney’s ‘The Princess and the Frog’ back in 2009.  Since then, 3-D has been the modern outlet for animated features.  However, given that this show is a continuation of a 2-D sitcom that is still currently airing episodes, this movie ended up being, and probably should have been, in a primarily 2-D format.  There are inevitable moments in the film where 3-D is used and done so effectively, however, this is a majority 2-D animated film and what a fantastic job it did with the format.

This film had the advantage of being the first theatrical 2-D animated film in years, so the nostalgia factor definitely added a lot to the film’s overall charm.  However, the nostalgic aspect of the animation isn’t the only reason why it works.  Everything from the musical numbers, to the action sequences, to the mere conversation between the characters, was stunningly animated and amplified the film’s already brilliant comedy.  The character design, obviously carried over from the show, matches perfectly with each actor’s voice work.  The facial expressions on many of the characters were hilariously realistic yet unconventional at the same time.  The animation in this movie highlighted that the genre of animated film naturally enhances the tone of a story and strengthens its overall storytelling ability.

Ultimately, this film is an argument as to why animated films deserve to be appreciated and celebrated as much as live-action films do.  It seems that the assumption amongst Hollywood purists is that making a live-action film is far more difficult and is of greater significance than any animated film when this is not the case.  These films have teams of sketch artists, animators, and VFX polishers needed to bring them to life.  In terms of the acting, it also seems that the commonly held notion is that voice acting doesn’t require as much work, given that an actor isn’t using their face or body.  However, it can also be argued that this requires the actors to put extra effort into their voices as that is their only exposure to audiences.  This brings us back to the Academy Awards’ “Best Animated Feature” category.  That award is equivalent to a “Best Comic Book Movie ” award, as there is only a handful that is released every year and simply recognizes the best of a particular genre.  It feels merely like a participation trophy one receives in kindergarten for coming in 5th place in a spelling bee.

There have only been three animated films in history to have broken past this barrier and actually nabbed a nomination for the coveted “Best Picture” Award.  Those films are ‘Beauty and the Beast’, ‘Up’, and ‘Toy Story 3’.  Hopefully, this will be the first year since 2010 where another animated movie climbs over that wall to join those three films and perhaps even be the first to win the grand prize.  Besides this film, Pixar’s ‘Turning Red’ and Dreamworks’ ‘The Bad Guys’ were released this year.  Pixar’s ‘Lightyear’, DC League of Super Pets, and Illumination’s Minions: The Rise of Gru, are all yet to be released.  However, one of them may just surprise the Academy and give them something to think about when it comes to the very legitimacy of an award for the best movie in a particular genre.  As of right now, there’s no reason it can’t be ‘The Bob’s Burgers Movie’.