‘Somebody Somewhere’: Comedian And Singer Bridget Everett Leads In One Of The Best New Series Of 2022 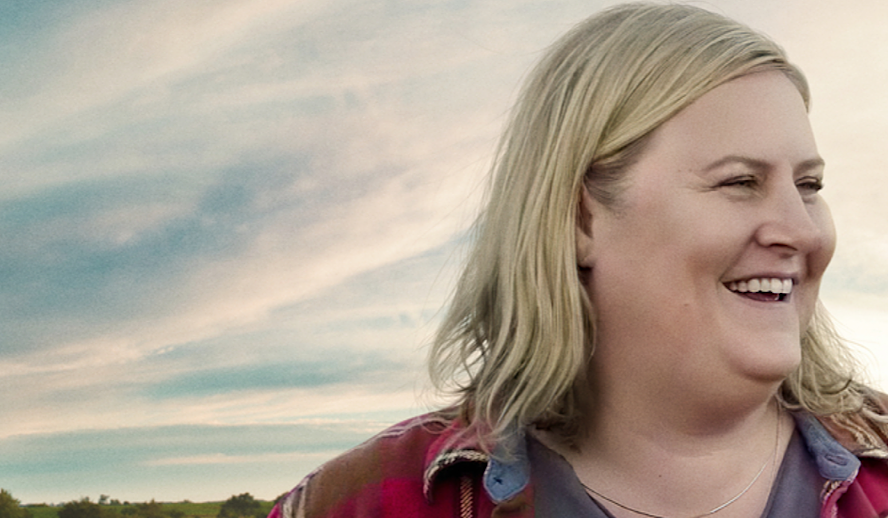 If you’ve ever been to a cabaret show, you know that they are raunchy, campy, and out-loud fun. Even though comedian Bridget Everett started her career doing these types of performances, it is in the new understated HBO drama series that is giving her the recognition she deserves.

‘Somebody, Somewhere’ written by Hannah Bos and Paul Thureen is released weekly and premiered on January 16th. After only a few episodes, critics are already calling the show one of the best of 2022. According to NPR, “‘Somebody Somewhere’ offers a modest, refreshingly clear-eyed take on the struggle to reinsert yourself into life, and grant yourself dispensation to find joy in the shadow of loss.”

There are plenty of stories exploring social misfits, what is it that makes this one so special? It has something to do with Bridget Everett’s authenticity in playing a role so close to her real life. Because of its genuine tenderness and an honest portrayal of grief, this should be your next watch.

‘Somebody Somewhere’ – Coming Of (Middle) Age

While Sam is from Kansas, she doesn’t feel like she truly fits in. After a decade away from her hometown, she returned to take care of her sister and best friend Holly who was sick with cancer. Since months after Holly’s passing, Sam has become lost both personally and professionally.

While she is living in her sister’s house, she sleeps on the couch because it’s too painful to go into the bedroom. “Sam remains in Manhattan not because she has a convincing reason to stay so much as because she has no reason to go. She works a mind-numbing job scoring essay questions on standardized tests and wiles away her weekends drinking wine at home alone, not so much living as killing time,” reviewed Ciara Wardlow for Roger Ebert.

But at her unfulfilling job, she meets her coworker Joel. Technically they already knew each other from high school, where Sam was the star of their choir, but she doesn’t remember him. This singular conversation was a catalyst in breaking her lonely routine. The two begin to form an unlikely bond, initially over their shared love of music but quickly into true companionship. Roger Ebert describes the scene, writing, “This moment of compassion and human connection has ripple effects that more or less constitute the bulk of the series.”

Joel invites her to join his choir practice and while Sam is is hesitant initially, she decides to go against her better judgment and attend. She is surprised to find that while they meet at a church, these aren’t the standard townies that Sam is so isolated from. “Though it meets at a church space in a dying mall, isn’t officially sanctioned by any religious institution. Instead, it’s a space where queer and queer-adjacent residents of the town can gather to celebrate and — here’s where Sam’s story comes in — to perform,” reviewed NPR. The group of misfits and outcasts helps Sam to make somewhere she’s always lived finally begin to feel like home.

While the half-hour format may lead audiences to believe that it’s a comedy, it’s really much more complex. A better way to describe it is a drama about grief and loneliness that masterfully infuses humor as a coping mechanism. “The loss of Holly ripples through the entire family, and though the series never chronically brings it up, her demise is at the center of every glance, every slight, every story,” said Indie Wire. That is not to say there are not very funny moments, but it feels reductive to say this is a comedy.

Every character in the show, no matter how much screentime or dialogue they have, is nuanced. Bridget Everett is really the star of the show, she gets her own paragraph in this article so keep on reading.

Jeff Hiller’s performance as Joel is also truly an undeniable force. “Hiller’s facial expressions can induce a laugh, but the true genius of his performance, like Everett’s, is in his humanity and authenticity. Whether that’s helping Sam follow around Tricia’s husband or surviving a tornado while chasing a dog, Joel makes you laugh and feel in equal measure,” reviewed Indie Wire.

Joel has his own struggles of understanding his faith while coexisting with his queer identity. He loves where he lives and doesn’t intend on moving, a trait that acts as a foil to Sam’s  disdain for the town. Without his gentle persistence, Sam would never have had the courage to perform or to transform. According to The Washington Post, “Joel’s storyline gradually reveals itself as a fascinating inverse of Sam’s: that of a chronic belonger who comes to realize he doesn’t need as much community, or the approval of others, as he’d thought. Through each other, Sam and Joel discover they can finally stop searching for something they’ve already got.”

Even though the rest of Sam’s family doesn’t talk about the elephant in the room, it is clear that they are coping in their own ways. Sam’s isolation is only a factor in the family dynamic; including her mother’s unspoken dependency on alcohol, her father’s passivity, a withering tension between her sister Tricia (Mary Catherine Garrison). Tricia clearly felt left out of the Sam/ Holly bond, but also had disdain for Holly’s sexuality, Sam’s appearance, and what she views as laziness. So while Sam dotes on her niece (Kailey Albus), Tricia accuses her of trying to turn her daughter into another Holly. The resentment between the two feels honest and thought out.

Perhaps the reason Everett’s portrayal of Sam is so inspired is that it heavily parallels her real life. She really did grow up in Manhattan, Kansas- or as the locals refer to it, “The Little Apple”. Like Sam, she also participated in swimming and choir while in high school before leaving in search of something else. However, Everett and Sam’s paths split when Everett began performing in cabaret shows and becoming a successful performer.

If you are familiar with her act, either in cabaret or stand-up comedy, Sam is not necessarily what you would expect from the actress. “It’s impossible to watch actor, comedian, and singer Bridget Everett in action on a cabaret stage without surrendering to the experience and goggling like a fool. She’s hilarious, filthy and so supremely comfortable with her voice, her body, and her sheer, scintillating presence that she casts a spell over the audience,” said NPR.

Sam is not this. She is authentic and understated, filled with both loneliness, a protective layer of condescension, and a whole lot of heart. According to Indie Wire, “In Everett’s hands, Sam is someone you either know or are. She forgets to put on pants before she screams at her neighbors; she stresses out when she’s invited to brunch because it turns out to be a group activity. Holly’s death gives Sam a reason to be alone, but it’s not the reason she’s alone.”

In a way, Sam is an alternate version of Everett. It’s as though they are parallels to each other; Sam a version of Everett that was forced to return home. “Her [Everett’s] path to a theater career came in part via her popular karaoke performances. One of her go-to songs was Janis Joplin’s “Piece of My Heart,” a number Everett’s character, Sam, also performs,” said Vulture. “This makes the show feel like an alternate history, one that wonders what might have happened if Everett had never left home, never found her voice after high school.”

Although Everett has made a name for herself as a comedian and an actress (most notably in the film ‘Patti Cake$’), this is a star-making role for her. Her performance manages to convey what Sam isn’t saying with distinct clarity. She balances the deep sadness that Sam feels without giving up her natural witticism and genuine likeability. At its core this is a story that everyone can relate to; aren’t we all in search of a place where we belong?