The Rise and Journey of Nick Kroll: An Ode To The Genius Writer, Actor, and Comedian 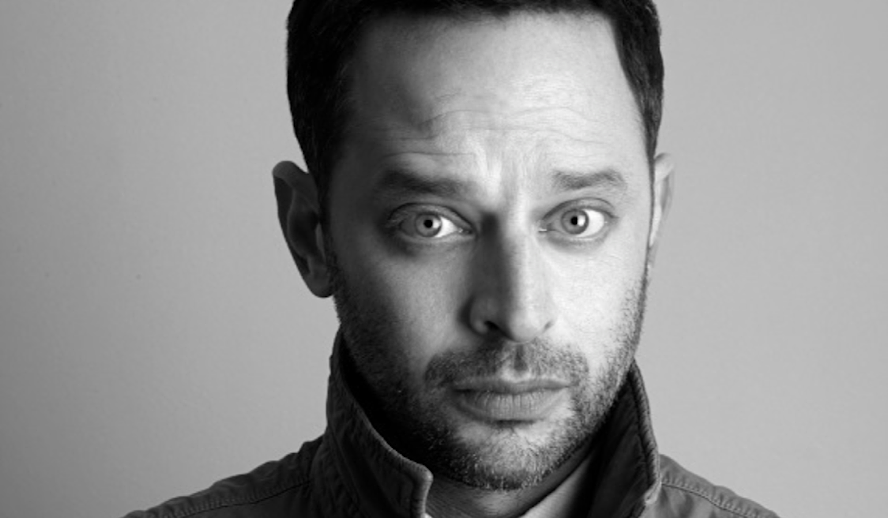 On November 5th, season 5 of Netflix’s raunchy cartoon comedy ‘Big Mouth’ was released. The show features an all-star cast with the likes of John Mulaney, Maya Rudolph, Fred Armisen, and Jordan Peele just to name a few. The show is spectacular, at least in my opinion, and takes not only a lot of funny people to create something like this, but also a lot of talent. One of the people with the most responsibility for this is the show’s creator, writer, and voice of dozens of characters, Nick Kroll.

Who Is The Multi-Talented Nick Kroll?

Nick Kroll is an actor, comedian, writer, and producer. He was born and raised in New York as the youngest child of four in a conservative Jewish family. He graduated from Georgetown University with a major in History and a minor in Art and Spanish, although through his time in college he described himself as gravitating towards media studies. His career began while he was in college, working in stand-up and improv comedy. Kroll told the AV Club, “I started doing stand-up and improv at the same time in New York, and then I started to do characters. I realized I could understand the character’s point of view better than my own. It was easier to vocalize, like, a gay black Latino’s point of view than it was to know what I thought about something. Or an Upper West Side middle-aged divorcée.”

For a while, Kroll worked mostly as side characters and small roles such as “Man In Audience” in the sketch show ‘Upright Citizens Brigade’ and by 2003 he wrote on another sketch comedy show, ‘Chappelle’s Show’. “Though Kroll has mostly sailed under the radar as a supporting player, all that work is starting to pay off. He was recently named one of Variety’s “10 comics to watch” for 2009, largely due to his rambunctious, character-based stand-up,” according to the AV Club. In 2013 he received the Just For Laugh’s Breakout Comedy Star of the Year award as well as being featured in Billboard’s “Next Gen” comedy issue and GQ’s 15 Funniest People Alive.

Since this time, he has gone on to become a well-known name. He created his own delightfully silly Comedy Central sketch show, ‘The Kroll Show’ which he plays characters such as Fabrice Fabrice, Bobby Bottleservice, and Liz G in PubLizity (who bears a notable resemblance to the Big Mouth character Lola). The show also features several of the ‘Big Mouth’ voices, including Mulaney, Jenny Slate, Chelsea Peretti, and Jason Mantzoukas. Mulaney and Kroll would use two of their characters from ‘The Kroll Show’ to create the Broadway comedy ‘Oh, Hello’. The show was a huge success, according to Comedy Central it sold out 138 shows and resulted in a critically acclaimed Netflix special of the same name. Kroll is also known for his role in fantasy football comedy ‘The League’ as Rodney Ruxin and his stand-up routines like ‘Middle Aged Boy Tour’.

For several of his projects he wears multiple hats: including creating, writing, and starring. “​​There’s just a feeling, when you’re just an actor—I have great admiration for people who are just actors. I don’t understand it, the idea of waiting to get cast, being at the whim of others. I find it incredibly powerless and frightening, so that’s why I’ve been constantly trying to create my own content,” he told AV Club.

Exploring The Horror And Hilarity Of Going Through Puberty

After season one was released in 2017, the show skyrocketed to popularity with 100% on Rotten Tomatoes. From the beginning, the show knew its strength in dirty jokes, adolescent humor, and empathetic portrayals of the awkwardness of being in middle school. It can make you cringe, make you laugh, and mostly make you thankful that you no longer are 13.

It’s focused on a group of middle schoolers who are going through milestone life changes and are deeply uncomfortable in their bodies and their identities. They are guided by magical, and perverted, hormone monsters voiced excellently by Kroll and Rudolph.

At the forefront of the show are two best friends, Nick Birch and Andrew Glouberman who are based on Kroll and his childhood best friend Andrew Goldberg. Andrew is an early bloomer, equipped with a wispy mustache, while Nick is a late bloomer and increasingly self-conscious about it. Besides Nick, Kroll also voices nearly 30 other characters in the show. Mark Levin and Jennifer Flackett also created the show alongside Goldberg and Kroll.

While the concept of pre-teens going through puberty is relatively simple, where the show excels is in its ability to explain complex concepts. Throughout the seasons, characters were guided by their hormone monsters as they battle mental health explained by pesky Tito The Anxiety Mosquito, The Depression Kitty, the Shame Wizard, The Grati-toad, and various other creatures. Season 5 introduces even more creatures, including the love bugs who are meant to set up the upcoming spinoff ‘Human Resources’. The love bugs, voiced by Keke Palmer, Pamela Adlon, and Brandon Kyle Goodman, have the ability to transform into hate worms depending on the kids’ emotional state.

These characters, especially Maury and Connie the two main hormone monsters, are what makes the show so outstanding. It’s raunchy, it’s gross, and a brutally realistic depiction of what it’s like to go through puberty. They deliver some of the strongest jokes in the show, and Kroll’s ability to shift seamlessly between the grovely-voiced Maury to the clueless Coach Steve is incredibly impressive. Rudolph has won two Emmy awards for Outstanding Character Voice-Over Performance and the show as a whole was nominated for the last three years for Outstanding Animated Program. The New York Times Magazine even went as far as to call Kroll the “Picasso of Puberty”.

The show remains fresh, although it took a few episodes in the fifth season to find its footing. “Big Mouth occasionally struggles to rediscover the right balance of humor and heart—and gross-out material. This season stumbles a bit, especially in the early episodes, going over the top with a commitment to shock-value one-liners and gonzo predicaments that grows wearying,” said AV Club. “But once it finds its groove around episode four, the series’ endearing mix of true-to-life relatability and absurdist extremes returns.” The characters are turned around and like real pre-teens, are constantly changing and striving for growth.

Like several comedians, Kroll also is a moving actor in other roles such as the touching dramedy ‘Adult Beginners’ with Rose Byrne and Bobby Cannavale, to which Kroll also was one of the writers. In 2019 he wrote and starred in the rom-com ‘Olympic Dreams’ alongside real-life Olympian Alexi Pappas, and starred in Apple TV+ biographical drama ‘Dickinson’ as Edgar Allen Poe.

As his career continues, it will be interesting to see how his comedy, as well as his writing transforms. He will next be seen in the crime horror film ‘Don’t Worry Darling’ which will be released in 2022.  Until then, I guess I’ll just have to binge-watch season 5 and try and see how many characters he is doing this time.