A Tribute to ‘Amélie’: 20 Year-Anniversary – The Audrey Tautou Starrer Still Captures The Simple Joys Of Life 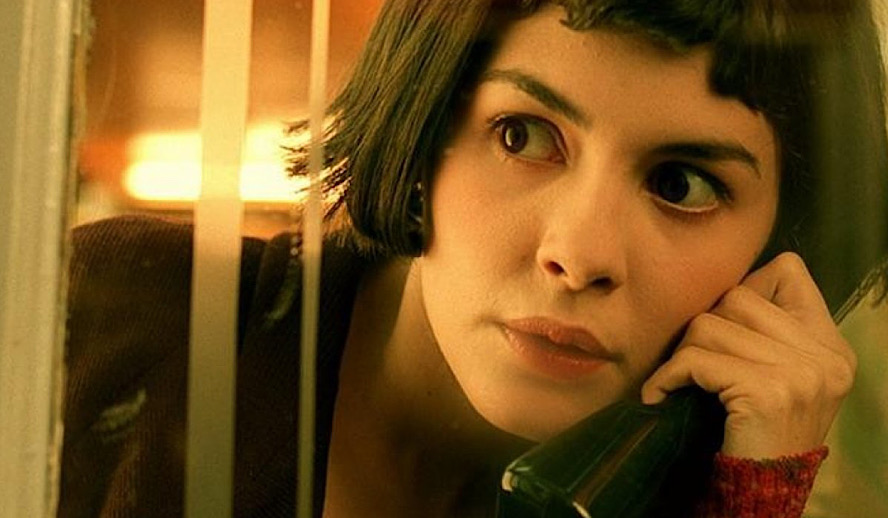 2001 was an excellent year for Cinema, with films such as ‘Harry Potter and the Sorcerer’s Stone’, ‘Legally Blonde’, and ‘A Beautiful Mind’ being released. This year also brought one gem that has cemented itself in film history: ‘Amélie’. 20 years after its initial release it is still the highest-grossing French film in American box office history and one of the most iconic French films of all time.

‘Amélie’ follows the titular character, Amélie Poulain, on her journey to bring the people around her more joy into their lives after the discovery of a box hidden in the walls of her apartment and the happiness it brought to its owner upon its return. Up until that point her life had been rather dreary, having been restricted to her house during the majority of her childhood and her mother dying in a rather disturbing and unexpected fashion during her teens, but she decides to flip that around upon the death of Princess Diana and the discovery of the box. As she begins to work towards helping those around her find happiness, she connects with neighbors she had never spoken with before, bonds more with her coworkers, and even finds a possible love interest for herself.

‘Amélie’ And Its Initial Reception

‘Amélie’ has an 89% critics score and a 95% audience score on Rotten Tomatoes, with the majority of reviews being quite favorable. The general consensus is that the film is a joyful and lively film that serves as a wonderful showcase for actress Audrey Tautou. Alan Morrison for Empire even gave it a five-star review, saying, “This massive hit at the French box office is the very dictionary definition of ‘feel-good’ — its irresistible charms will dispel the heaviest clouds hanging over the head of the gloomiest misanthrope… One of the year’s best, with crossover potential along the lines of Cyrano De Bergerac and Il Postino. Given its quirky heart, it might well surpass them all.”

Not everyone was quite a fan of the film. New York Times critic Elvis Mitchell was one of those individuals, saying in his review for the New York Times that, “Jean-Pierre Jeunet’s ”Amélie,” a sugar-rush of a movie, has what could be called meticulous clutter, a placement of imagery that covers every square centimeter of the screen… The film’s pacing is athletic, though the pulse of the narrative is gradually slowed. By the climax, the movie segues into a rumination on loss and the perils of being too playful.” However, he does also admit, “Yet there is no denying that ”Amélie” is, to paraphrase its title, fabulous.”

The film was an awards darling in addition to being a critical and box office success. It received 12 César Award nominations and won five of those awards including Best Picture, one Golden Globe nomination, nine BAFTA nominations with two wins, and five Academy Award nominations.

The Legacy of ‘Amélie’

There are a few different pieces to the legacy of ‘Amélie’. One of the more unique tributes to the film has been having a species of frog named after its protagonist. The scientists behind this decision said in Zootaxa, “This new species of glass frog is for Amélie, protagonist of the extraordinary movie ‘Le Fabuleux Destin d’Amélie Poulain’; a film where little details play an important role in the achievement of joie de vivre; like the important role that glass frogs and all amphibians and reptiles play in the health of our planet.”

Its show business legacy comes through the influence of director Jean-Pierre Jeunet’s filmmaking style. One television show, in particular, was greatly influenced by the tone and styling of the film: ‘Pushing Daisies’, a short-lived American fantasy-dramedy about a pie-maker with the ability to bring dead things back to life with his touch. Creator Bryan Fuller said the show was heavily influenced by ‘Amélie’, saying to the New York Times that, “All the things I love are represented in that movie… It’s a movie that will make me cry based on kindness as opposed to sadness.”

The most recent addition to the ‘Amélie’ legacy is in the form of a Broadway musical based on the film. It starred ‘Hamilton’ star Phillipa Soo in the titular role when it began its pre-Broadway run in Los Angeles in 2016 and its brief run on Broadway from March of 2017 through that May. When talking about the role of Amélie Poulain with Entertainment Tonight, Soo said, “I feel like Amélie is very much an extension of me. She’s a contemporary woman who sees the world through her imagination.”

Much like audiences did with the show, Jeunet distanced himself from the production, saying to RTL in France (translated by The Hollywood Reporter) that, “I absolutely hate musicals and I hate Broadway. I believe that it is the epitome of mediocrity… We need €10,000 to save a child. I have participated in saving a dozen children and then I tell myself there’s an opportunity to save others. So I silenced my little problems of conscience, but this musical deeply disgusts me.”

From its release in 2001 to now in 2021, ‘Amélie’ still remains one of the most beloved films of all time and that love is absolutely valid. A critic in Milwaukee who reviewed the film upon its release and then watched it again later said in 2018 to Milwaukee’s NPR that, “When I reviewed the movie when it was released in 2001, I gave it a scathingly negative review. When the DVD came out later that year, I reluctantly watched it and I changed my mind completely… He assembled this kind of fascinating patchwork together about life in Paris at some undetermined time in human history. It really is evoking a Paris of the imagination, a Paris more beautiful and wonderful than Paris at any time could have been.”

Part of why ‘Amélie’ is still so beloved is because of the theme at its core: appreciating the simple joys of life. From the very start of the film, the narrator makes a point of stating at least two small things that bring each new character a bit of happiness. And they are never anything too grandiose, but rather small things that would normally get glossed over or ignored, such as treating every single piece of produce the assistant grocery clerk touches as if it is a delicate piece of art or taking apart a tool kit, cleaning it, and then putting it back together. The focus on the smaller things in life is so much of what brings the story to life; all of the small, intricate details create a much more specific and fun world to explore than one that focuses on the bigger picture.

A lot has changed about the world since the release of ‘Amélie’ 20 years ago, but the one thing that has remained is people’s love for seeing something that makes them happy. The idea of bringing people joy and being happy is the idea at the core of ‘Amélie’ and why people still go back to it all these years later. It reminds us to appreciate the small things and that we can find happiness even in the most mundane things in life.