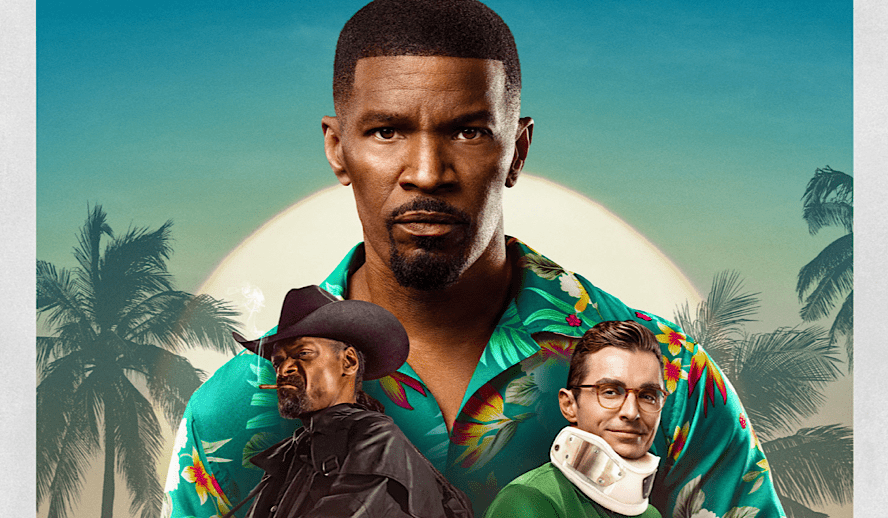 On the surface, Bud Jablonski is a simple pool cleaner who wants nothing more than to provide for his only daughter. However, pool cleaning is simply a front, and Bud is actually a vampire hunter in the Valley who makes his money by pawning off vampire body parts. He is skilled, but struggles to make money since he is not a member of the Vampire Hunting Union. After applying to re-enter the union, Bud is forced to work with Union member Seth on his vampire hunting adventures.

‘Day Shift’ is directed by J J. Perry and stars Jamie Foxx as Bud, the vampire hunter; Dave Franco plays Seth, a desk worker for the Vampire Hunter Union who is forced to team up with Bud; Karla Souza plays Audrey San Fernando, an elder vampire disguised as a real-estate agent; Snoop Dogg plays  Big John Elliot, a senior vampire hunter who is good friends with Bud Meagan Good as Jocelyn, Bud’s ex-wife and the mother of his daughter; Natasha Liu Bordizzo as Heather, Bud’s neighbor who just moved into his building.

It is undoubtedly ironic: vampires of the night, susceptible to dying in the sun, hide in the sunniest part of the west coast., What really keeps ‘Day Shift’ feeling fresh and different from other vampire hunting films is its clever combination of both modern and old elements. For starters, ‘Day Shift’ takes place in a modern San Fernando Valley, and it definitely shows: between the 90s rap soundtrack to the warm hues of palm trees and west coast sunsets, the film definitely feels fully immersed in Los Angeles’ culture. The film has a warm saturation over it all that excellently contrasts the creatures that populate the world.

While ‘Day Shift’ is set in Los Angeles, the film explores both classic vampire tropes while giving their own. Within the film, there are five iterations of the classic vampire: Southern, Eastern, Spider, Uber, and Juvenile. The five vampire types are explored and explained in ‘Day Shift’ as each type has different eating habits, powers, and social hierarchies. This creates more diverse vampires for our heroes Bud and, eventually, Seth to fight in their endeavors. It makes the action of ‘Day Shift’ more interesting as not every vampire is set to have the same skill set and weaknesses, therefore giving much more intense and enticing action scenes.  It also gives a kind of realistic feel to vampires, as different vamps are different based on the region they’re from instead of magical elements.

On the topic of action scenes, those in ‘Day Shift’ are done phenomenally. Not only do these scenes keep the tension high but also manage to balance in a little comedy. A great example of this is in the scene where Bud and Seth are forced to take on an entire hive of vampires in a home. Throughout this scene, we follow the actions of Bud, the Nazarian brothers (a vampire hunting duo rivaling Bud), and Seth. Throughout the scene, we cut back and forth between the actions of each of these four, seeing Bud and the Nazarian brothers skillfully wipe out vampire after vampire while Seth struggles to even kill one. The balance between the action and comedy here is done well on the film’s part and makes for an excellent addition to the movie overall.

Along with the inclusion of classic vampires, ‘Day Shift’ also incorporates bounty hunting aesthetics and weaponry. In the world of ‘Day Shift’ it is established that there are secret pawn shops and other stores for vampire hunters to sell vampire teeth and purchase weapons for hunting. The underworld dedicated to vampire hunting bounty hunters feels similar to something out of ‘Cowboy Bebop’ or ‘The Book of Boba Fett’, both shows that emerge you into the world of bounty hunting. One of the film’s most intriguing characters is the vampire hunter Big John played by Snoop Dogg. Big John can often be found dressed in a cowboy hat with either a leather vest, jeans, and boots to match or a large trench coat over his outfit. The contrasts between Big John’s cowboy clothes to Bud’s Hawaiian shirts and khaki shorts makes for a perfect summary of what makes ‘Day Shift’ so unique.

The Buddy Comedy of ‘Day Shift’

At the center of ‘Day Shift’ is not just the story of a man trying to provide for his family, but an unlikely friendship. For the majority of the run of ‘Day Shift’, Bud is forced to partner with Seth, a desk jockey who is completely unfit to work as a field agent hunting targets. The film plays out like any other buddy-cop film: Bud and Seth struggle to get along as Bud is the experienced leader of the pair and Seth is just trying to get by.  Although ‘Day Shift’ keeps to a pretty traditional buddy-cop film formula, the chemistry between Jamie Foxx and Dave Franco carries the film in both their comedy and fight scenes. Franco does an excellent job of playing the nervous and pencil-pusher type, a striking contrast to his roles in other films like ‘21 Jump Street’ and ‘Neighbors’. Foxx and Franco play off each other well in both comedic and serious scenes. By the end of the film, they both feel like characters that have grown to care about each other deeply. It is clear that Bud has grown from a hardened and egotistical vampire hunter assured he is always right to a calmer and more understanding presence, and Seth has grown from a constantly fearful Union worker to a full-blown vampire hunter confident in himself and his abilities.

Overall, ‘Day Shift’ is a fun watch that provides as much entertainment as one could expect from a vampire-hunting comedy. The film is currently on Netflix and became available to start streaming on August 12, 2022, in the United States. While ‘Day Shift’ does give a number of interesting twists on the vampire film genre, it still does not take itself too seriously. Despite the mixed reviews from critics across the board, ‘Day Shift’ delivers as an entertaining two hours. For example, the film does struggle at times with its story and antagonist, Audrey San Fernando. ‘Day Shift’ should have taken a little more time to explore her character as there was plenty of interesting material to discuss, but the film still did her character justice. If you’re looking for something a little campy and not too serious, ‘Day Shift’ is definitely worth the watch.