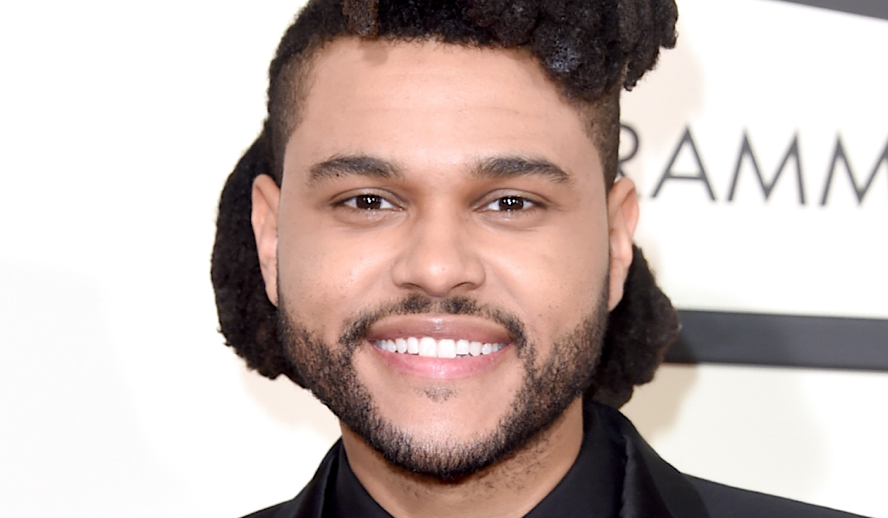 The Weeknd is the biggest artist in the world right now. He is the number one streaming artist on Spotify, with just shy of seventy-million monthly listeners. On February 7th, he played the Super Bowl LV halftime show, even going so far as to invest seven million dollars of his own money towards the performance to ensure it’d be a grandiose spectacle. It’s pretty undeniable that the Weeknd is a musical genius, but with the competition that exists in the music industry, it takes more than just a hit song to become the biggest artist in the world. So, how exactly did the Weeknd get so famous? Well, to answer that question, we’ll have to take a look at his rise to fame as well as the one-of-a-kind, integrated marketing strategies that he has employed throughout his career.

In December 2010, Abel Tesfaye uploaded three songs to YouTube under his stage name, The Weeknd. The songs were “Loft Music”, “What You Need”, and “The Morning”. Almost immediately, the dark, R&B-style music caught the attention of famed rapper Drake, who included the songs in a blog post. Drake’s recognition soon helped to bring attention to the three singles, which were then written about by media outlets like Pitchfork and The New York Times. His mysterious style and low key approach to releasing music ironically helped catapult him into the spotlight.

In 2011, not even a year after he came onto the music scene with his three singles, Tesfaye released three individual mixtapes as well as assisted on Drake’s album, Take Care. He refrained from doing any live interviews and communicated with his fans exclusively through Twitter, which eventually proved to be a career-defining marketing technique.

Advertising That Evolves Right Alongside Technology

The Weeknd’s approach to marketing his music involves an integrated style that relies heavily on social media, streaming platforms, and live performances. Above all else, however, the Weeknd manages to always strike a perfect balance between mystery and personal interaction with his fans. By interacting with fans only through Twitter and refusing to do any live interviews, he catalyzed a feeling of personability with his audience. The direct connection between the artist and his followers helped him create a clearer persona behind his musical artistry while also maintaining the mystery of his identity, previously established with the release of his first three songs on YouTube. From the very start of his career, the Weeknd had a defined musical style unique from most other contemporary artists at the time, as well as the beginnings of an integrated marketing technique that prioritized direct connection with his fans via social media, something that many artists had to transition into.

Over the summer of 2020, following the release of Tesfaye’s most recent album, After Hours, the singer partnered with Spotify to create an AI-based, personalized experience for his fans. For those of you who are unfamiliar, this AI microsite functioned similarly to the Spotify Wrapped end-of-year, personalized statistics concerning each user’s listening habits, except it focused specifically on the fan’s consumption of Tesfaye’s album, After Hours. The “Alone Again” experience featured personalized snippets of the Weeknd thanking the fan (by name) for listening to his album, as well as sharing personal statistics about their listening habits in regards to his albums. This is the first personalized AI experience of its kind in the music industry and it captures exactly what Tesfaye’s goal with integrated marketing is: to connect as directly as possible with his fans.

He employs social media and streaming platforms in pursuit of this goal more effectively than any artist in the music industry today because he consistently pushes for technological evolution with the sole focus of direct interaction. He understands that charisma and accessibility are important to his success as an artist, but he balances this with the mystery of his musical persona to a tee. Thus, the Weeknd is constantly evolving in the way he markets his music, right alongside the tech industry. His fresh, modern approach to integrated marketing manages to pay respects to his day-one fans while also luring new audience members to his following.

The Weeknd Grows In Popularity: The Art of Timing an Album Release

In April 2012, the Weeknd, still unsigned by any recording companies, embarked on his first tour. He played a variety of huge festivals, including Coachella and Primavera Sound Festivals in Europe. After the success of his first international tour, Tesfaye signed with Republic Records to release his first official album, Kiss Land, in late 2013.

The album’s release coincided with his second tour, officially titled “The Fall”, showcasing the beginning of another important technique in the Weeknd’s marketing strategy. Over the course of his career, Tesfaye has masterfully planned album releases to match with live performances and tour dates. This serves a dual purpose as it ensures his name is trending on social media and the Billboard charts all while acting as a marketing technique to get fans excited about his live performances. To put it simply, the release of an album right before a tour or live show gets his fans excited for the performances.

This is a trend that has continued throughout his career, most recently culminating with the release of his career-defining album, The Highlights on February 5th, 2021. This album features the greatest hits compilation of tracks featuring songs from his first official release Trilogy all the way to his latest album, After Hours. This album release came right before his Super Bowl LV halftime performance on February 7th, 2021. This release strategy was absolutely genius for a few reasons. Firstly, The Highlights was a perfect appetizer to his Super Bowl performance, serving to remind fans of all the extremely popular songs Tesfaye has released over his decade-long stint in the music industry. Being a day-one fan myself, listening to this album did exactly what it was supposed to do: it got me really, really excited for his performance! Revisiting the best hits from his discography not only made for a stellar album but also ensured that his fans would be listening to his songs right before one of the biggest performances of his career.

The Weeknd is one of the best-selling artists in the world right now. And he deserves it, not only because his music practically created a new genre of R&B, contemporary music, but also because his approach to integrated marketing is one of the most innovative that I’ve ever seen in the music industry before. His adeptness at evolving his marketing strategies to incorporate the rapidly-progressing tech industry keeps his music fresh on his fans’ minds at all times while also maintaining the mystery of his artistic persona that he entered the music industry with. Abel Tesfaye truly deserves all the hype that he gets, not only for his music but also for his commitment to direct interaction with his fans.