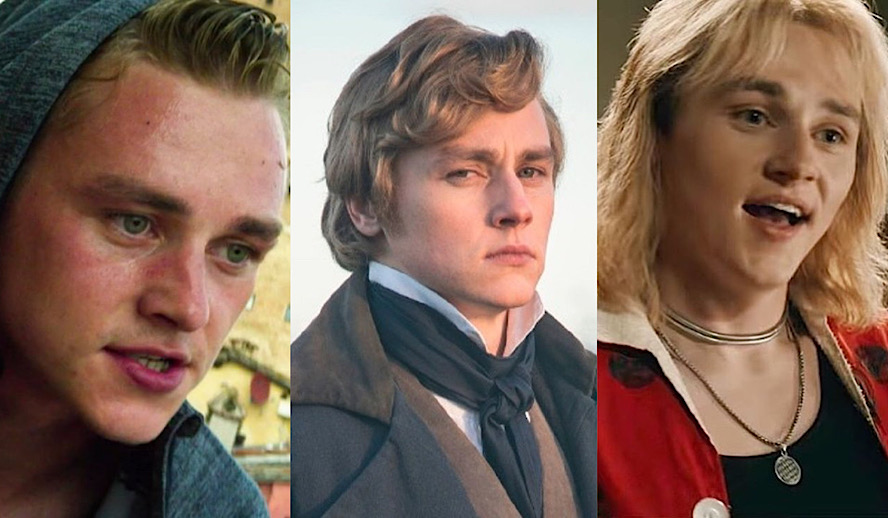 Ben Hardy is one of the biggest names in Hollywood right now. He has played everything from a rockstar to an action hero. He has only had an active career in Hollywood for eight years but in that time, he has certainly made a mark. He is a wholly loved actor whose talent is striking. Audiences can’t wait to see Ben Hardy movies. His resume is so diverse it’s hard to picture a part he can’t play. Well, he won’t be in High School Musical any time soon as Hardy’s talents primarily lie in drama but he can certainly hold his own in a comedy as he has proven throughout his short career.

If you’re a fan of quippy action movies, this is the movie for you. Six people have resigned their identities and have become “ghosts” in order to form a merry band of vigilantes and save the world from some bad m*****f*****ers. Ben Hardy plays “four” also known as The Skywalker because he’s the show-off type of action hero who jumps from roof to roof like it’s no big whoop. Despite having not much experience in comedy he is able to keep up with heavyweight Ryan Reynolds who with Deadpool on his resume, can officially be considered the king of snarky banter.

Playing any of the six members of number one’s vigilante group must’ve been incredibly difficult because the characters have abandoned their identities and even their names in order to avoid getting their loved ones hurt and to avoid getting too attached to each other. Still, Hardy plays the role to perfection and proves he’s a comedic force to be reckoned with. That scene with him sliding down the Duomo in Firenze, Italy, is itself worth the Netflix subscription fee. 6 Underground is a must-watch from the list of Ben Hardy movies.

Fans of Wilkie Collins’ novel of the same name will rejoice at this adaptation. William Hartwright is hired to work for a wealthy family only to discover a dark web of deception the family is entangled within. This is perhaps the most unconventional entry on this list as Collins’ story is far from anything mainstream that we’ve grown accustomed to seeing on the big or small screen. This story takes us back to the early eighteen hundreds and moves at a much slower pace than your standard TV miniseries. This TV series although not one of Ben Hardy movies is a must-watch.

Rather than trying to jazz up the story and make it more palatable for audiences used to big-budget and fast-paced, the story is kept faithful to the source material and the result is something to behold. Ben Hardy leads the cast in an incredibly emotional and bold performance. In this role, Hardy is able to show off his prowess in a leading role for the first time and he does not disappoint. His acting is one in the best parts in this already fantastic adaptation. Check out The Woman in White for one of the best of Ben Hardy’s performances.

Imagine starring in a biopic for which the character you’re playing is an executive producer and he’ll be watching you play him on set. That was the burden Ben Hardy had to bear when he played drumming legend Roger Taylor in Queen and Freddie Mercury biopic Bohemian Rhapsody. Not only was Roger Taylor himself looking over his shoulder, but Queen’s massive army of fans who would be quite angry if the biopic wasn’t up to snuff.

Ben Hardy played the hot-headed and snarky drummer with such incredible gusto. According to Roger Taylor, he taught Hardy how to play the drums on some of Queen’s songs and most notably, the incredibly fast and difficult Keep Yourself Alive which Hardy played while filming. He portrayed Taylor in an incredibly honest way that made him seem human despite his legendary status. This is one of the Ben Hardy performances that will live on as a classic.

We look forward to more Ben Hardy movies and TV shows. We know your highly loyal fanbase is eagerly waiting as well.