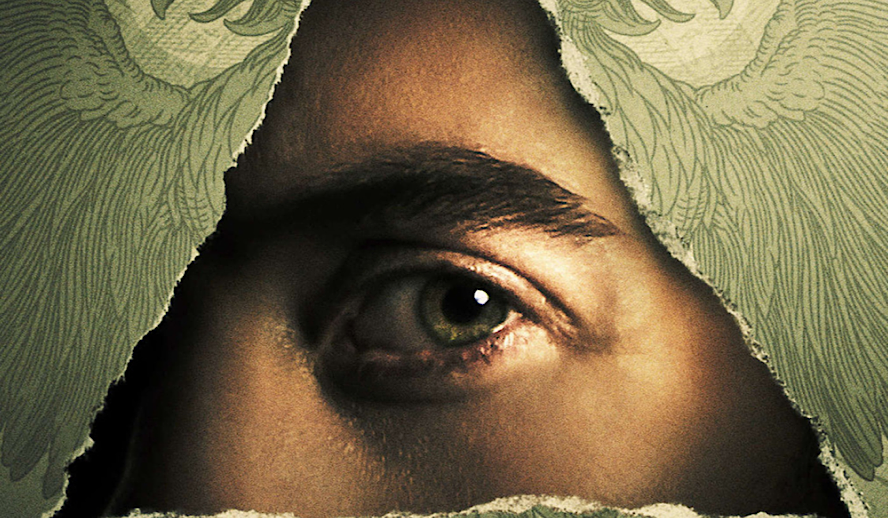 In 2003, ‘The Da Vinci Code’ novel was released and skyrocketed to a best-seller and worldwide phenomenon. The book was a huge success, sparking an interest in conspiracies surrounding the Holy Grail and Mary Magdalene’s role in Christianity. However, it wasn’t the first book in the Robert Langdon series by Dan Brown, and it wouldn’t be the last either. Three movies have since been made, starring America’s sweetheart Tom Hanks, and an even bigger fanbase has been cultivated. This fall, a new television show premieres based on the 2009 novel, ‘The Lost Symbol’. What can you expect for the upcoming mystery thriller?

Who Is A Part Of The Project?

September 16th on Peacock, ‘The Lost Symbol’ will begin airing weekly episodes. NBC Universal’s streaming service has cast Ashley Zukerman, known for his role in ‘Succession’ and Netflix’s popular ‘Fear Street’ trilogy, to play Robert Langdon. On the daunting task of replacing Hanks, Zukerman told Newsweek, “I loved the films and Tom Hanks is one of the greatest actors of our time. This should have been more daunting than it was, it just felt like I could launch into this from myself.” The two writers are Dan Dworkin and Jay Beattie. The two have been writing partners and have worked together on shows like, ‘Outer Banks’, ‘Criminal Minds’, and ‘American Horror Story’. They also both are executive producers on the show, alongside creator Dan Brown and legendary Ron Howard, who directed the film adaptations.

The show, while being the third in the series, will act as a prequel to the three films that have already been made by Howard. Zukerman said, “I think the writers have made something very, very new. Dan Brown is involved, so it felt like we were given both a mandate and freedom to make something a little new.” Zukerman portrays a younger version of the protagonist, and perhaps bears a closer resemblance to the fictional character described by the novelist. Anyone who has read books in the series knows Brown loves to remind the audience how irresistible Langdon is. Dan Trachtenberg will also serve as an executive producer, as well as the show’s director. He is known for his work in ‘The Boys’ and ‘Black Mirror’.

What Is ‘The Lost Symbol’ About?

The show will follow Robert Langdon, a Harvard symbologist who is called to Washington D.C. to present a lecture. He believes this call is made from an employee of his mentor Peter Solomon (played by Eddie Izzard), but he quickly realizes that this is not the case when Solomon’s tattooed hand is left, severed from his body,  is left pointing up at the ceiling of the Capitol’s Rotunda. Once realizing that Solomon never actually made the call, instead, his kidnapper did, Langdon desperately flies into action in an effort to save his mentor. In a wild scavenger hunt across the United States capitol searching for ancient Masonic secrets, he is helped by Katherine Solomon (Valorie Curry).

In the novel is Peter’s sister but it seems that they have changed that in the show and now she is his daughter. Katherine and Langdon join forces with the CIA’s Director of the Office of Security Sato (Sumalee Montano) and capitol policeman Nunez, (Rick Gonzalez) as they race against the clock. The antagonist and kidnapper of Peter is Mal’akh, played by Beau Knapp. He is in search of Mason’s Pyramid which he believes to be in the city, as well as the Lost Word, and if Langdon does not find these for him, he plans to murder Peter.

The Not-So-Secret Society Guiding The Plot

The show relies on Freemasonry, an ancient fraternal organization and the largest worldwide secret society, for many of its prominent themes and as cause for many of the characters’ motives. There are strict hierarchies within the society, and the higher up you go the more you are let into age-old secrets. Peter is a 33 degree Mason, the highest status, and it is why Mal’akh is seeking secrets that only someone such as him would know. Many influential people have been known members of Freemasonry, like Geroge Washington, Benjamin Franklin, Presidents FDR, and Gerald Ford, Winston Churchill, Mozart, even astronaut Buzz Aldrin. And there were most likely even more that were kept private.

The Freemasons are known for their usage of visual symbols drawn from the tools of stonemasonry. The ancient secret society with many hidden secrets, involving many influential people, and utilizing symbols to communicate seems like the perfect mystery for a professor of symbols to solve.

While Freemasonry has many elements of Christianity embedded in it (such as a focus on morality, charity, and monotheistic belief in the “Supreme Being”), the organization has long faced opposition from organized religions, specifically from the Catholic Church. They first condemned Freemasonry in 1738 over the concerns of the secret rituals performed in Masonic temples behind closed doors. The Vatican even called the Masons “The Synagogue of Satan” in the 19th century. Even as late as 1983, the Church has still declared its position against masonry by stating, “Their principles have always been considered irreconcilable with the doctrine of the Church and therefore membership in them remains forbidden. The faithful who enroll in Masonic associations are in a state of grave sin and may not receive Holy Communion.” According to Britannica, ​​it is estimated that Freemason membership in the early 21st century ranged somewhere between two and six million across the globe.

Who Is The New Robert Langdon?

Even though Tom Hanks has taken on a wide variety of roles in a range of genres, to me he always just seems like a nice guy. Maybe it’s because his voice simply brings me back to Woody in ‘Toy Story’, or maybe it’s just the perception of his calm public demeanor. Either way, his depiction of Robert Langdon was likable and smart, as per usual. Zukerman is doing something a little different this time though, giving Langdon an edge. He describes his take on the character by saying, “He’s not as put together, he’s not as in control of his neuroses. He’s most comfortable when he’s arguing, or when he’s lecturing when he’s speaking about something he understands completely. He’s most uncomfortable speaking about faith when people are challenging him or when he’s claustrophobic in every sense of that. I think it creates an interesting character.”

According to Zukerman, Landon’s flaws and shortcomings are more prevalent in this adaptation, allowing the actor to make something new. Langdon is more irritable and inconsiderate, frustrated with his lack of control in the situation. He is also more arrogant and less noble, making opportunities for supporting characters to act as the hero and complicates the original narrative. Will fans of the franchise appreciate these changes, or will it end the long-lasting reign of the action/adventure series?