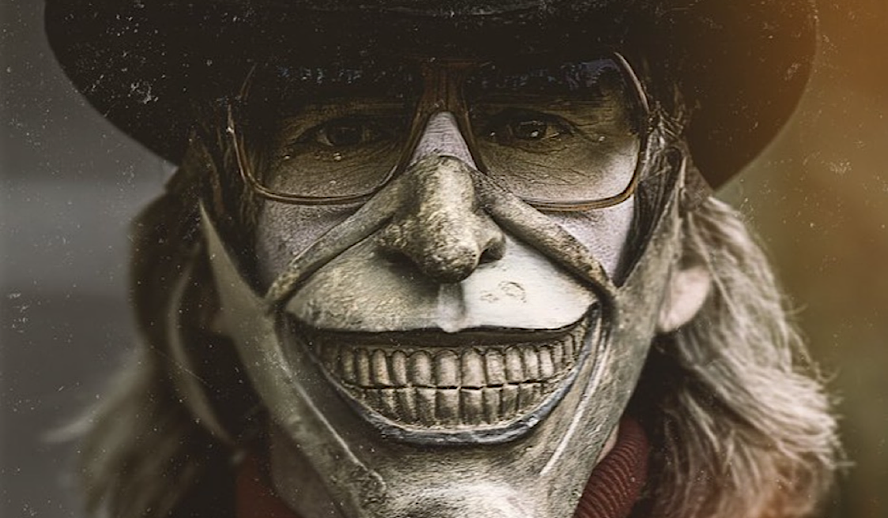 If you are a horror fan, or if you want a film to rile your emotions this weekend, I strongly strongly strongly recommend ‘The Black Phone.’ Directed and co-written by Scott Derrickson, who brought audiences ‘Sinister’ and ‘Doctor Strange,’ this film stars Ethan Hawke as its deranged antagonist and introduces the world to the younger talents of Mason Thames and Madeleine McGraw. Based on a short story by Joe Hill, the film was set to be released in the winter of 2021, but was pushed back to June. Nevertheless, it was worth the wait.

Set in 1978, the story follows Finney Blake (Thames), a sweet and non-confrontational boy who lives in fear of The Grabber (Hawke), a man responsible for the abductions of several young boys. On one fateful afternoon, Finney himself is abducted. Trapped in a basement, a mysterious, black phone, that is no longer supposed to work, allows him to communicate with The Grabber’s previous victims. Meanwhile, Finney’s sister, Gwen (McGraw), experiences psychic dreams, giving her small clues to try to find Finney. It’s a race for time and a fight for survival. The film keeps you on the edge of your seat and makes the most of its haunting premise.

Come Behind the Scenes of ‘The Black Phone’ | Making of | Ethan Hawke, Jason Blum, Madeleine McGraw

It’s Horror, but it’s So Much More

Horror is not a genre for everyone, but ‘The Black Phone’ does not just care about being a good horror story, it cares about being a genuinely good story pushing poignant themes and messages. The film certainly profits off of many horror trademarks, with supernatural elements, nail-biting suspense, and a lot of jump scares (maybe even too many). These trademarks cause a whirlwind of emotions – the exact thing films, especially horror films, should all strive to do. It’s remarkable how much anxiety ‘The Black Phone’ gave me, and I mean that as a compliment. I can imagine this film would be much harder to get through as a parent, and if you are sensitive to scary movies or intense stories, this may not be the best watch for you. However, if you want the emotional rollercoaster, this film is horror, but it’s also so much more.

Horror can, unfortunately, be written off as just scary or gory stories, and sometimes, that’s true. But a lot of the time, horror is used to illustrate a significant theme and tell a thought-provoking story. Underneath all the horror elements in ‘The Black Phone’ is the story of Finney learning to stand up for himself. It is a warning against strangers as the main concept, and the use of the tagline “never talk to strangers,” conveys. Moreover, the film tackles other issues and themes for audiences to uncover. There is so much to it, though it doesn’t feel overcrowded. Any problems I had with it were small and shrunk in comparison to the positive aspects. ‘The Black Phone’ sucks you into the world with these characters. The audience in my theater laughed and clapped together throughout this shared experience, proving just how immersing ‘The Black Phone’ can be.

Full Rendezvous at the Premiere of ‘The Black Phone’ Reactions from Stars | Ethan Hawke, Jason Blum

It’s fun to set films in a different time, and ‘The Black Phone’ uses the 70s to add even more depth. The costuming was great, utilizing ponchos, stripes, longer hair for men, and other trends of the decade. Not to mention the nostalgic pop culture inclusions and the general mannerisms of the kids, which gave ambiance to the film. At different moments, the filmmakers used the stylistic choice of an old, grainy film camera to capture scenes that wouldn’t hit the same if they were filmed ordinarily. Furthermore, the year of ’78 didn’t just give audiences a pleasing aesthetic, rather, it was used to strengthen the context of the story.

Stranger danger has always been a problem, but it has not always been as vocalized. In earlier days, it was more normalized for kids to walk themselves everywhere, and the AMBER Alert system had yet to be launched. Additionally, there were no cell phones or social media presence for kids to communicate with. And because we have smartphones nowadays, half the kids in 2022 probably don’t know how to work a rotary dial phone. It was a different time with a different definition for “normalcy.” These details of the time in ‘The Black Phone’ work to make everything believable and cohesive.

Characters and Performances to Die For

A good story wouldn’t be a good story without its characters. Ethan Hawke makes for a convincing villain, using his voice and body language to dig into The Grabber’s menacing quality, as the character’s face is covered by a mask for the film. Though he is younger and newer to the industry, Mason Thames as Finney holds his own and creates a protagonist that audiences can easily latch onto, making everyone root for him. The scenes between the two produce a fear like no other, as the actors know how to hit every beat. Kids in danger are always more stressing than adults in danger, and putting Finney, and other children, in this extreme danger completely captivates the audience.

Finney, and his sister, Gwen, are the obvious heart of ‘The Black Phone.’ Their sibling dynamic is spot-on, and they hold their own individually. The film goes an extra mile by distinguishing personalities with the supporting cast of kids as well. There are numerous little moments between different characters that had true thought put into them. Each victim Finney speaks to over the phone has its own persona and importance in the overall story. No one is a throwaway character. With streaming services and television shows still on the rise in popularity, it is impressive for a film to get its audience to care so deeply for the characters without needing ten episodes to do so. It’s easy to care about Finney within the first ten minutes. There are so many reasons to recommend this film, from the horror aspects to the setting, to most importantly, the characters. Sharing small similarities with 2016’s ‘Split’ and 2017’s ‘It,’ I’d encourage fans of those works to give ‘The Black Phone’ a watch. It isn’t the easiest to sit through, but it is a truly heart-wrenching, emotion-inducing experience that is unbelievably worth it.