‘The Killing of Two Lovers’: A Dark Look Into A Disturbed Mind 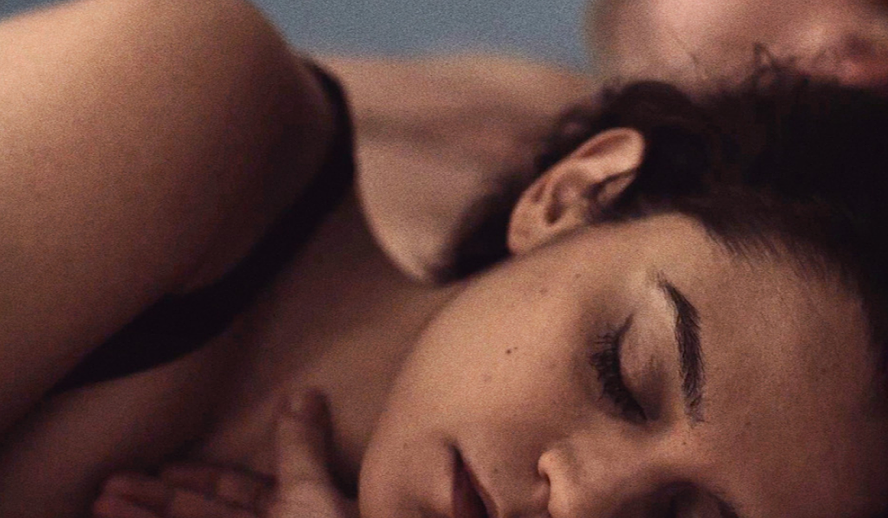 ‘The Killing of Two Lovers’/Neon

‘The Killing of Two Lovers’ opens on a distinct, haunting image. We see our protagonist David (Clayne Crawford) standing above two bodies in bed together. Based on the title alone, the audience has a feeling of where this scene is going. There’s no noise except for the ambient background, leaving us in suspense. Suddenly, an innocuous noise rings out and David is startled. His body goes stiff and he creeps off to the bedroom door, where he clutches the gun for dear life. Then, he rushes outside before anyone can wake up.

This first scene sets the tone of the entire movie. It’s full of “almosts” and “what-ifs” that haunt David, but he rarely carries them out. He’s a man full of grief and anger, but doesn’t know how to cope with it. In a well-detailed commentary on toxic masculinity and the strength of marriage, even a broken one, Robert Machoian’s ‘The Killing of Two Lovers’ is a brilliant and haunting film.

‘The Killing of Two Lovers’ – A Commentary On Toxic Masculinity

The best part of ‘The Killing of Two Lovers’ is that we see the film from the eyes of David. We see his rage, his internal grief about seemingly being a failure, and the utter love he still has for Nikki (Sepideh Moafi). David is multi-faceted and the two sides of him, one raging against everything wrong in his life and another that’s trying to be a good person, often conflict. Like any other person, David’s different sides aren’t equal, sometimes when he tries to be one thing he’s another. While we should be rooting against David, after all the first image we saw of him was when he had a gun pointed at his estranged wife’s head, his perspective makes us want to cheer for him. He’s a depressed, conflicted man with no healthy outlets, and that causes him to react in such a sporadic way.

It’s clear that he doesn’t know how to deal with his feelings as he suppresses everything. His daughter (Avery Pizzuto) wants him to fight for his marriage while his father wants him to move on with his life. There’s an underlying conflict as David is pulled between his emotionally constipated father and his family that occurs throughout the entire movie. However, one of the greatest parts of ‘The Killing of Two Lovers’ is its manifestation of David’s twisted feelings. As the film continues and his rage grows, we see the different outlets David could use. It all culminates in a dark, ominous tension that lives within David as he lashes out at the people around him.

There’s a hate that’s been festering inside of him, toward his wife and her boyfriend specifically, that he’s never been taught to handle. His father didn’t raise him to understand his feelings, he did the typical societal thing where they never talked about their feelings. Because of this, we understand that David doesn’t understand how to deal with his feelings in any other way than anger or violence. Still, this anger creates a level of tension that exists through the film and changes it from a regular drama to more of a thriller. We know David is dangerous, we know he’s capable of violent things, we just don’t know when he’ll lash out.

Art In The Frame

Machoian’s debut film is reminiscent of A24 films that came before him, specifically ‘A Ghost Story’. David is lingering in a marriage with a woman who doesn’t love him anymore, and he’s clinging to the past. Like ‘A Ghost Story’, ‘The Killing of Two Lovers’ is shot in a boxy format (although this movie is shot in an aspect ratio of 4:3) and each frame is desaturated and gives an empty feeling. In ‘The Killing of Two Lovers’, a dull, wintry background is perfect for the story of David’s life. He’s stuck in his hometown after his dreams of being a musician collapsed and his personal life is deteriorating along with the town.

David’s life is a series of “almosts” that never manage to happen. His marriage almost survived. His career almost took off. In reality, these failures have gotten him stuck in an unhappy house with his aging father, separated from his wife and his kids. He doesn’t know how to healthily deal with his feelings, which isn’t helped by his grumbling father. David is only down the street from his wife and his kids, but the distance seems extensive. What should be a good thing only makes David feel more insecure about his relationship with his kids. Everything good in his life is twisted in his head and only makes him fall further into darkness.

Machoian displays this depression through his use of the frame, often depicting David alone. The first time we see David alone, we see him running from Nikki’s house after holding a gun to her head and her boyfriend’s (Chris Coy). He’s alone in the middle of the frame with giant mountains in front of him. This framing allows us to see the truth, David’s problems are tiny in the grand scheme of things. Whatever he does, he won’t change the world. But, the actions he does will change his life forever.

The Breakdown Of A Marriage

‘The Killing of Two Lovers’ shines in the moments where nothing is said, in the empty spaces between their words. Even though Nikki is in another relationship, we can see the love that’s still present for David. In their moments together, specifically a date night, we can see that there’s still a lot left unsaid. They both act like teenagers, in an awkward, semi-endearing way. Even after all their years of marriage and the four kids, it’s like they never really knew each other. While their attempts at rekindling their marriage don’t work, it’s at least an attempt. They both stumble on their words and beat around the bush, unable to say the things they really want to say.

Nonetheless, we can see the palpable bonds left in place from their relationship. No matter how much Nikki says she’s completely moved on, it’s obvious there is still a lot that hasn’t been resolved. These little scenes show the aftereffects of their separation and how everything isn’t as cut and dry as they want it to be. It’s hard to separate people who have been intertwined in an intimate relationship, there are still threads everywhere.

‘The Killing of Two Lovers’ is available on VOD and in limited theatres.