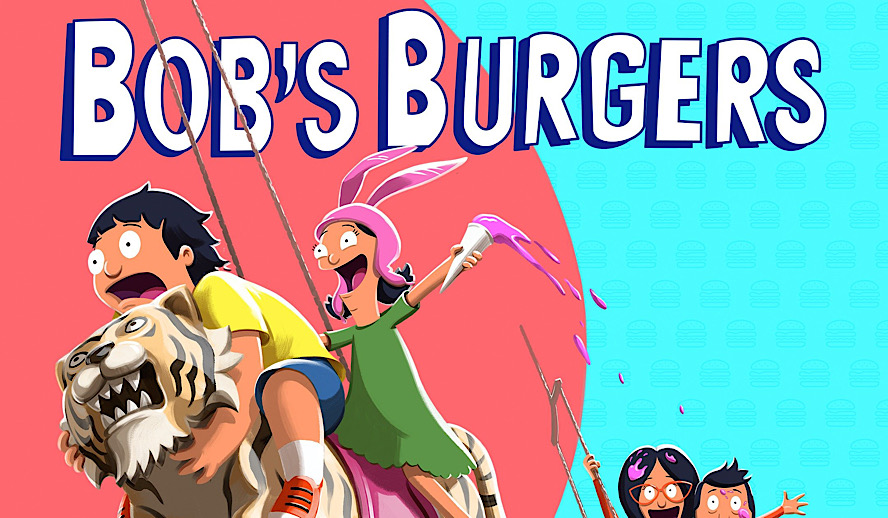 Sitcoms are always in danger of “jumping the shark”. From ‘the Simpsons’ becoming unfunny to Fonzi literally jumping a shark in ‘Happy Days’, the longer a sitcom stays on television, the more likely it is to get stale. This is especially the case for animated sitcoms that run on FOX like the aforementioned ‘the Simpsons’ and ‘Family Guy’ (Yes, ‘Family Guy’ is still making new episodes). At twelve seasons, Loren Bouchard’s ‘Bob’s Burgers’, on the other hand, has yet to run stale and is still just as fun and charming as the series was in its first season. Instead of growing stale or flanderizing its characters, ‘Bob’s Burgers’ takes advantage of its longevity by truly exploring its characters and giving them new and funny situations.

‘Bob’s Burgers’ and Exploring its Characters

‘Bob’s Burgers’ stays so fresh thanks to the series using episodes to further explore the characters. In the newest season, this is best seen in the cleverly named ‘Manic Pixie Crap Show’. In this episode, Louise (Kristen Schaal) faces her biggest challenge yet: attending the Pixie Princess Promenade, a group activity in the park for every little princess. Anyone who has seen the series knows that Louise is not a little princess and is more of a sarcastic spawn of Satan. Seeing Louise surrounded by innocent and “normal” nine-year-old girls is inherently hilarious thanks to what the audience already knows about her character. Not only is this a funny situation, but it also tests Louise’s character, pushing her to her limits while letting the audience see how far Louise would go to help a friend.

While seeing Louise out of her element leads to some great comedy, the second episode, ‘Crystal Mess’, deeper explores the mental health of its characters. Tina (Dan Mintz) quickly became a fan favorite in the series thanks to her awkward nature and relatability. What really helped make Tina a popular character is her anxiety, always seen with her anxious signature groan. ‘Crystal Mess’ plays around with Tina’s anxiety, with Tina discovering the power of crystals and believing that they are helping her anxiety. The episode is a fun commentary on the obsession of healing crystals, especially anytime Mr. Frond (David Herman) talks about how the crystals helped his rocky relationship. While the episode lovingly pokes fun at healing crystals, it ultimately is a nice message about how Tina handles her anxiety and how her anxiety has some benefits that ultimately help her in the end.

‘Bob’s Burgers’ is able to generate new episode ideas after so many years thanks to the show’s willingness to deeper explore its characters. While it would be easy for the series to rev up the stereotypes of their characters, flanderizing them and getting easy jokes out of them, ‘Bob’s Burgers’ instead challenges its characters by either going against their stereotypes (Louise at a princess party) or further exploring their traits (Tina’s anxiety). By doing this, ‘Bob’s Burgers’ is able to create new and interesting stories while also giving the audience a chance to see more of why they love these characters.

At twelve seasons, ‘Bob’s Burgers’ is still extremely funny and clever. This is especially seen in the third episode of the new season, ‘The Pumpkinening’, which is a Halloween special. In this episode, Linda (John Roberts) and Gayle (Megan Mullally) are haunted by a prank gone wrong they committed back in high school, which involved smashing the winners of a pumpkin carving contest. The ridiculousness of the plot is where a lot of the humor comes from, with Linda and Gayle treating a simple pumpkin smashing like a dead body coming back to haunt them. With Linda’s “mom energy” and Gayle’s, well, whatever energy this is, they make the perfect comedic duo. While the plot itself is seemingly absurd, it is still rooted in both reality and in the characters of Linda and Gayle. ‘Bob’s Burgers’ has always been able to find the perfect balance between the absurd and realistic, finding humor in the balance, and this new season is no exception.

‘Bob’s Burgers’ stays so funny thanks to its wide variety of humor and style. As discussed already, ‘Bob’s Burgers’ plays with the absurdity of our reality, finding the balance of the two. So far this season it’s the absurdity of princess storytime, healing crystals, and high school pranks gone wrong. These are all things that we see in our daily lives but pushed to the extremes. These extremes are especially seen in ‘Manic Pixie Crap Show’ where little girls with access to toy magic wands become their own version of ‘Lord of the Flies’.

‘Bob’s Burgers’ also has its fair share of puns and wordplay. From Louise’s Halloween costume being “Peter Pan’s Labyrinth” (Peter Pan with eyeballs on the palm of their hands) to Gene’s constant non sequiturs, the dialogue jokes are always on point. Part of the freshness of the dialogue could be because much of it is improv between the actors and since they have worked together for so long, it is easy for them to work off of each other. Thanks to the clever writing and fun improv of the performers, the show remains as hilarious as it was during its first season.

‘Bob’s Burgers’ is available to watch on FOX and Hulu.