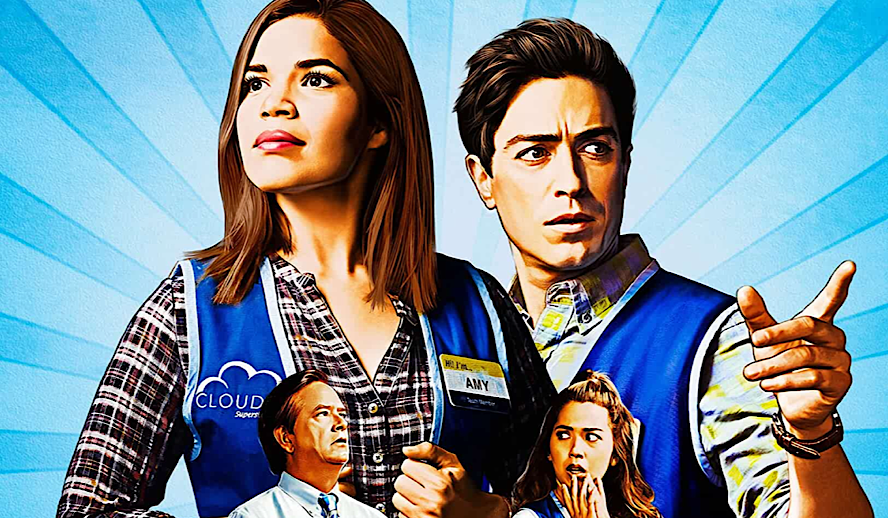 Have you ever worked in a large grocery store like Walmart or Target? Whether you have or haven’t, it might be safe to assume that NBC’s ‘Superstore,’ which released its last episode on March 25, 2021, is somewhat similar to what the behind-the-scenes life is like for the employees of these stores.

When people first read the description of ‘Superstore,’ they might think the show would be full of comedy rather than anything relatable about life, but this is not true. Instead, as viewers watch ‘Superstore,’ they see the many hardships that people go through throughout life, some of which include: struggles with surrogacy, being a single parent, or even finding the perfect roommate.

On top of all of these real-life struggles shown to viewers, the show also does a fantastic job of having the representative cast handle modern race and gender issues occurring within the United States at the time of filming. Thus, ‘Superstore’ is changing how modern television should be properly handling diversity and inclusion for the better.

Starting from the first episode of ‘Superstore,’ viewers are welcomed with a representational cast which is not always the case with many other new television shows being released. The main cast of the show is entirely diverse, with representations of all races, people with disabilities, and sexual diversity.

A representational cast makes the show more relatable and inclusive to all people watching and provides a way for viewers to realize and understand that people are all equal and should be treated accordingly. No characters within ‘Superstore’ are discriminated against or treated differently for who they are unless it is a learning moment.

Though no characters are discriminated against for who they are, questions are occasionally brought up between characters to give an example of how someone might react or feel when asked questions about who they are, such as when Jonah (Ben Feldman) tried to ask Garrett (Colton Dunn) about his disability.

With the help of a representative cast, many controversial race, gender, and employee issues are discussed and covered throughout the seasons. The show also goes in-depth about a natural disaster, a tornado, and its effects on everyday people in season two.

The last and fifth season offered some of the most prominent discussions of current issues with many discussions of race issues that are relevant to the race issues we see within the United States today. More specifically, in season five, episode five, “Hair Care Products,” the cast is put to the task of recognizing racial issues after the store policy is lifted that once required that Black beauty products be locked up.

Once again, the dialogue between the characters about these issues offers somewhat of a learning experience for viewers and also a realistic look at how these types of issues may play out in real life.

Viewers are also able to relate in other ways through watching characters struggle in their personal lives. For example, viewers watch Amy (America Ferrera) struggle through a divorce from her high school sweetheart, Cheyenne (Nichole Sakura), balance her life as a young woman with a child and a boyfriend that is not always so budget-friendly, and Marcus (Jon Barinholtz) battle homelessness.

There are so many other important character struggles to mention. Still, it is essential that everyone go and watch the show to truly feel and understand the pain that the characters often go through and sometimes hide from the other characters in moments of vulnerability.

On a Lighter Note

You might be thinking, “why in the world would I want to watch a show that seems so serious all of the time” or perhaps you like to watch television to escape reality rather than kind of live through it with the characters. However, this show is not only full of serious discussions about race and gender issues, which are essential, but it is also full of some of the most incredible comedic scenes of modern television.

There are constant scenes of customers of the store doing horrible and wacky things, main characters interacting with customers, and simple, hilarious one-liners from the manager of ‘Superstore’ himself, Glenn (Mark McKinney). If you choose to watch ‘Superstore,’ you will be saddened that it was only five seasons because you genuinely will grow attachments to the characters and the vibrant personalities they all encompass.

Suppose there have not been enough reasons already to convince you to watch ‘Superstore’ consider some of these. ‘Superstore’ could become a learning session for viewer’s who may not be as aware of current issues and have a desire to learn more through a less invasive way or you may feel that you can not relate to any shows because you do not see yourself through any of the characters. In that case, ‘Superstore’ does an excellent job at providing a representative cast, in other words, one that many people can relate to.

Combining these two reasons listed above offers a wholesome and comforting television show that everyone can enjoy and want to watch more of. In addition, ‘Superstore’ has done well at creating an example of how a comedy can also be diverse and inclusive at the same time, which hopefully will rub off on some of the new shows coming out and still on air.

Though it may seem discouraging to start the show now as it has already released its last season, do not be discouraged. ‘Superstore’ will always be one of those classic television shows that you will never forget and will perhaps be the television show you buy all of the seasons on DVD and play for your children one day.

‘Superstore’ is hilarious, inclusive, diverse, and all of the above. So please don’t hesitate to begin watching the show and fall in love with the characters that seemingly are kind enough to share their (fictional) stories with the viewers that love the show so much.