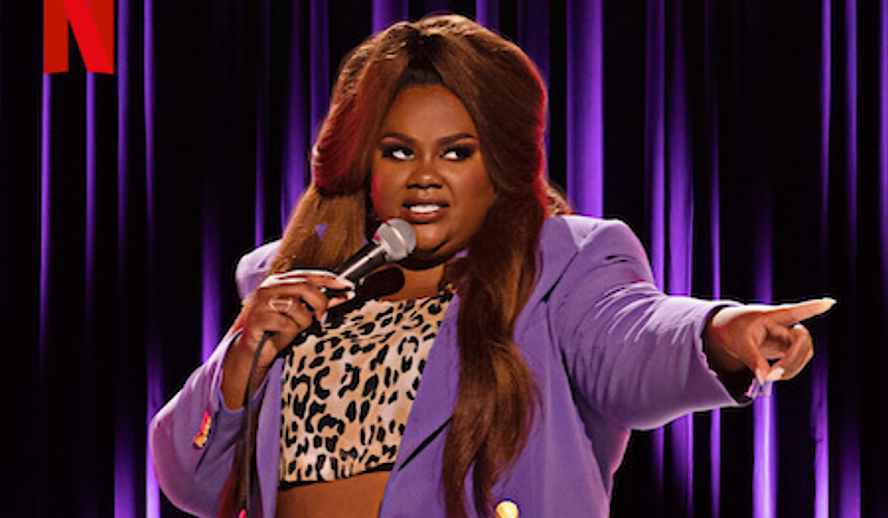 Growing up, what I watched on television was relatively unmonitored by my parents which resulted in media consumption that was probably too mature for me. Maybe the reason for this was because my parents both worked, or perhaps because my sister was four years older than me, or it might have just been that they figured that inappropriate jokes would go over my little head. Either way, it shaped who I am today and my sense of humor (and it made me hilarious, so don’t worry, it was for the best).

VH1’s ‘Girl Code’ was one show that fell into this category although it did provide me, at least, with helpful advice from hilarious women. The series began in 2013 and acted as a “how-to” guide to surviving womanhood; covering topics ranging from dating to drunk bathroom friendships. One of the breakout stars of the show was Nicole Byer who frequently offered the best and most consistently funny commentary.

Who Is The Multi-Talented Nicole Byer?

Nicole Byer is a New Jersey-born actress, comedian, and writer. She has acted in works such as ‘Mike And Dave Need Wedding Dates’ and ‘Brooklyn Nine-Nine’. She frequently lends her voice to animated shows including ‘Tuca and Bertie’, ‘Woke’ and ‘BoJack Horseman’.

She had her own program based on her real experiences called ‘*Loosely Exactly Nicole’ which began on MTV and moved to Facebook Watch for its second and final season. Besides starring as the titular character, Byer also worked as a consulting producer and a writer for the show.

In 2018, her career really took off after becoming the host of the competitive Netflix baking show ‘Nailed It!’. The role earned her three Emmy nods including Outstanding Host For A Reality Or Competition Program in 2020 and 2021; making history for being the first Black woman to be nominated for this category. Byer is, without a doubt, the driving force behind the show’s success and even acts as an executive producer.

She can also be found doing a variety of other projects, including writing a book that was published in 2020 called #VERYFAT #VERYBRAVE: The Fat Girl’s Guide to Being #Brave and Not a Dejected, Melancholy, Down-in-the-Dumps Weeping Fat Girl in a Bikini. Additionally, she has four podcasts including ‘Newcomers’ with fellow comedian Lauren Lapkus where they discuss things they know little to nothing about such as ‘Lord Of The Rings’. Another podcast of hers is ‘90 Day Bae’ which recaps the reality show ‘90 Day Fiance’.

Most relevant to this article though, Byer has worked as a stand-up comedian and improviser for many years. While she has been touring for a long time, this is her first hour-long special. Her stage persona is vastly different from her hosting personality which can cause some confusion for fans that know her from one or the other. “Now that more people know about the show, I do try to not go as hard, or as blue, because I would hate for some grandma to be like, ‘My child loves this dirty, nasty, filthy woman?’ So it is a hard balance to be like, ‘How do I actually get to be me?’ as opposed to, ‘How do I be me and give the show what they want?’ Because my comedy is pretty raunchy,” Byer said according to The Daily Beast.

The special was filmed on September 5th at the Gramercy Theatre in New York and had its release on Netflix on December 7th. The title is a tongue-in-cheek play of Big Beautiful Women, which her podcast partner and fellow comedian Sasheer Zamata helped her come up with. In Cultured Mag, the two had a conversation about it and Zamata said that she thought it stood for Big Black Woman. Byer jokes, “No, big, beautiful woman, because you can’t discriminate against the white fat, the Puerto Rican fat, the Asian fat.”

While it is her first hour-long special, Byer is not new to the stand-up world. She previously performed in a 30-minute episode of 2019 ‘Comedians of the World’. Byer originally got stage time from her background as an improviser and utilizes this skill in the show by participating in crowd work. Director Betsy Thomas has worked on comedy shows like ‘Superstore’ and ‘Mom’, and Mike Bertolina is the executive producer.

The special runs for 65 minutes, including an opening sketch where Byer imagines herself as a stripper in a hamburger-themed two-piece and high-heel shoes. This is immediately a cue, her stand-up will not be like the Emmy nominated PG persona.

In her act, Byer covers a wide variety of topics ranging from sex and dating to impacts of the pandemic (or “pandemie” as she refers to it) to Black Lives Matter protests. “Some of her sexual revelations are graphically memorable, but they pale in comparison to her multiple stories about White women. From the hospital nurse who “attended” to Byer’s needs after she dislocated her ankle, to the loud and proud nature of them on their birthday — she manages references to not only Marvel and DC, but also “the Pokemon world” — or the presumptuous women in her twerking class, to even J.K. Rowling,” reviewed Decider.

Is it Worth The Watch?

There are so many aspects of the show that work for me. I simply cannot write anymore without acknowledging how straight-up dope she looked in a purple power suit, amazing purpley-pink eye makeup, and a gorgeous stage.

Byer’s stage persona feels like someone you could be friends with; she is genuinely likable and quick to laugh at her own misfortunes which makes the act feel more personal, even when the topics are serious. “The race stuff I talk about is stuff that happened to me. It’s like talking to friends. You talk to a friend about something that really bothered you, but then you’re a comic and we joke about it back and forth and then you find the levity and you’re like, ‘Yes, I can make that situation funny.’ The first joke I ever wrote was about my dead parents,” Byer said.

There were numerous bits that had me laughing out loud, including her being very drunk in an airport at seven in the morning which resulted in her going to the bathroom and eating, crying, and singing to herself while in the stall. Decider compares her style to Michelle Buteau, but, to me, it felt like a friend of mine was in performance mode.

She is loud, confident, often does characters, and is grandly theatrical. But in tangent with that, she is also a very smart and skilled comedian and her performance was one that I found easy to digest. Byer can next be found hosting the 27th annual Critics Choice Awards alongside Taye Diggs on January 9th on The CW and TBS.

“I would really like to do a cabaret show. I just sing songs poorly and we don’t address it and everyone gives me a standing ovation because they’re like, ‘She tried.’ I don’t know if I’ll actually do it because I think it’s a lot of work. Maybe I will,” Byer said about what she wants to work on in the future. While she was probably kidding, if she did follow through, I would hope it would be available for streaming because I’m not missing whatever is next for her.