Tribute | ‘Singin’ in the Rain’: Looking Back at Hollywood’s Most Iconic Musical 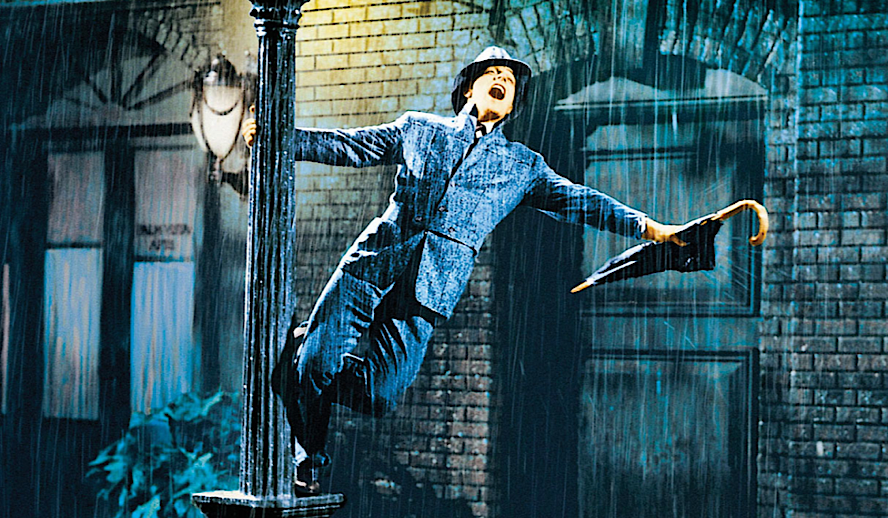 Photo: ‘Singin’ in the Rain’

Musicals are a beautiful genre of film. They’re full of emotional stories, have catchy musical numbers with intricate dances, and are generally just so much fun to watch. People like Fred Astaire, Ginger Rogers, and Gene Kelly dominated the genre with their on-screen charisma and incredible physical skill to pull off any dance routine. Now, there are many musicals that are critically acclaimed and stand the test of time, but none are as beloved and highly revered as the 1952 classic ‘Singin’ in the Rain’.

‘Singin’ in the Rain’ stars Gene Kelly as Don Lockwood, a celebrity in the silent film era, as he deals with Hollywood’s transition to sound films, or “talkies”. His frequent co-star and leading lady, Lina Lamont (Jean Hagen), is a selfish, narcissistic woman who is advertised as Don’s romantic partner by the studio to increase their publicity, even though Don dislikes her. One fateful night, Don has a chance encounter with a dancer named Kathy Selden (Debbie Reynolds), with whom he falls in love with. He has to navigate his budding romance with Kathy as he struggles with Lina creating issues in his professional and personal life. It’s a story of romance in the midst of one of the most pivotal moments in Cinema history, and it paints a colorful picture that any musical fan should adore and audiences should appreciate.

Now, it’s worth asking, what makes ‘Singin’ in the Rain’ worth all the praise? This movie was rated the 5th-greatest American film of all time by the American Film Institute back in 2007. What makes this musical stand out among the rest? The answer lies in Gene Kelly, one of the most highly regarded dancers and performers of the 1940s and 50s. The energy he brings with his choreography is truly something else, and his singing is something to admire. Put that all together and you have an excellent performer who knows how to wow an audience. Kelly co-directed ‘Singin’ in the Rain’ along with acclaimed musical director Stanley Donen, and together, the two create a world that’s so much fun to jump into.

That’s not to say that Kelly carried the whole film himself, however. That would be a great disservice to the wonderful Debbie Reynolds, who holds her own and does every bit to hold her own with (and sometimes even out-perform) Kelly himself. Together, they can sing soft and sweet, like in the tender song “You Were Meant For Me”, or they can dance with almost boundless energy in “Good Morning”. This movie was Reynolds’ breakout role, and given how much energy and enthusiasm she gives on-screen, it’s no wonder her performance helped skyrocket the film into pop culture history.

Finally, it would be criminal to credit the wonderful performances and not mention Donald O’Connor’s incredible performance as Don’s best friend, Cosmo Brown. Coming from a background of dancing just like Kelly, O’Connor brought a kick to ‘Singin’ in the Rain’ and his performance cannot be understated. In the song “Make Em Laugh”, Cosmo tries to cheer up a disheartened Don with an elaborate musical number that involves pratfalls, a toy dummy, and lots and lots of acrobatic stunts. It’s amazing to see O’Connor actually pull it all off, and it’s no surprise that he was forced to go to the hospital during filming due to exhaustion. These three actors carry the film by themselves, and they are the key ingredient behind the success of ‘Singin’ in the Rain’.

‘Singin’ in the Rain’ Still Holds Up, All These Years Later

But still, what else is there not to love about this film? Its performances are top-notch, it has some of the most entertaining musical numbers seen in any film, and its story is perfect. Don and Kathy’s romance feels sweet and genuine, and there’s enough romance to make it feel this way without being too melodramatic. Lina Lamont as the antagonist is great, played by the wonderful Jean Hagen. Her character is rather one-note, but it provides a way for the other characters around her to springboard off of her and make the whole story more colorful.

That’s what really helps this film: the story. With ‘Singin’ in the Rain’, this story about making a movie feels timeless while also feeling nostalgic for the great MGM musicals of the time. Seriously, how can you not fall in love with this movie when you watch Kelly croon the film’s titular song? The story of a famous person falling in love with someone below them in status is a tale as old as time, but there’s a reason it’s used so often. It works, and it works well (see the many adaptations of ‘A Star is Born’). The musical numbers are magical to watch and every song is catchy, and the comedy still holds up! Jeanine Basinger of The Atlantic describes it best: “It’s the musical for people who don’t like musicals”.

The Magic of Musicals

It’s part of the beauty of golden-age musicals and that’s why they’re so enjoyable to some people, like me. They’re fun, buoyant movies that have real elements in them, like unrequited love or passion, but they are put in this happy little world of song and dance. Sure, it’s nothing like the real world, but that’s what makes it so fun to begin with. What if the world was like this? What if people lived in a world where everything fell into place at the end and you got everything you wanted? Musicals are a desire to escape the harshness of reality, and ‘Singin’ in the Rain’ is quite possibly the best of them.

Gene Kelly and Stanley Donen bring out the magic of this world in the most fun way, and that’s what has made this musical still so successful all these years later. With Technicolor, this whole film is just a dazzling array of colors that pop off the screen. They paint a beautiful picture, and the different pastels and colors fit the vibe of ‘Singin’ in the Rain’. There’s the top-notch production design and great attention to detail; everything just fits into place perfectly. With amazing performances and musical numbers to boot, ‘Singin’ in the Rain’ is truly a classic that deserves to stand the test of time.