Ethiopian Cinematic Gem – ‘Running Against The Wind’: An Idealistic Tale of Two Friends 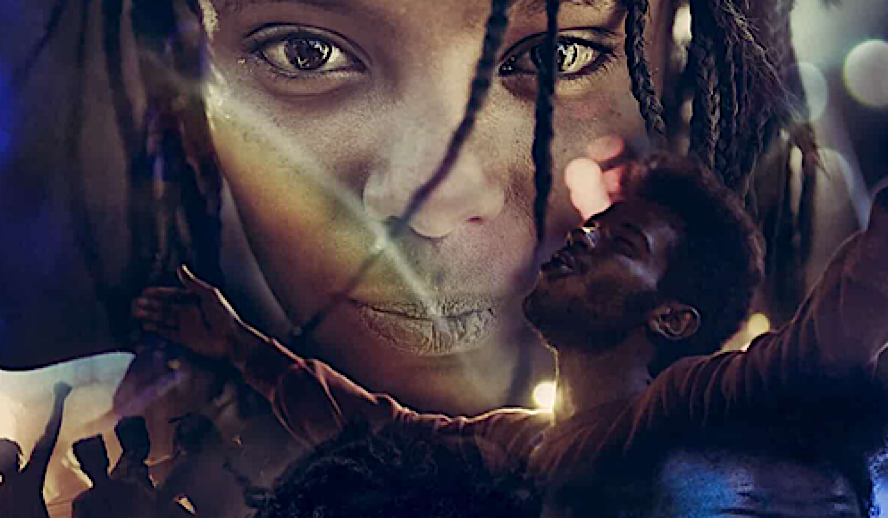 Photo: ‘Running Against The Wind’

In ‘Running Against The Wind’, childhood best friends Solomon (Mikias Wolde) and Abdi (Ashenafi Nigusu) reunite after years apart. Though it’s marketed as a sports drama, the film tries to venture into other genres like action and romance. Wolde and Nigusu are both new actors, their first credits on IMDb are their roles in this movie. This newness brings a level of genuineness to the film that some seasoned actors lose. The film has earnest performances and many moments where the actors shine. In fact, one of the best scenes in the movie is when Solomon and Abdi embrace for the first time in years, they’re both awkward after being away from one another for so long, but the scene feels raw, it feels real.

Unfortunately, their inexperience shows at many other times though, leading to awkward scenes, little chemistry with others, and often clunky line delivery. Half of that fault is on the actors but the blame should also be placed on the writers. There are some inconsistencies, some things that don’t quite make sense in this world, but they’re spread out. Either way, ‘Running Against The Wind’ contains more good than bad and there are many positives in the movie.

‘Running Against The Wind’ – Fragments of Life

‘Running Against The Wind’ is unique in the way it tells its story. Unlike the normal narrative film, which utilizes a three-act structure (set-up, climax, resolution), ‘Running Against The Wind’ uses an episodic story. It’s a fragmental story, shards of a cohesive unit. At times, this episodic story works well, giving us time to absorb all the details we’re given. The film, directed by Jan Philipp Weyl, consists of multiple training montages. We see Solomon’s new life in flashes, images of him with his daughter and his wife. In one scene, we watch him put his daughter in a trash cart and he wheels her around as he tries to collect trash for money.

The friends both have very different paths, and the jagged cutting between each character helps show their invisible ties to one another. Even though a lot of time has gone by, there’s something familia.

Unfortunately, the film also suffers because of its episodic style. There are too many plot lines, and the story, at one point, changes from a drama to seemingly a crime film. It deviates from the original idea too much, creating situations that could be believable, but seem a little strange. The problem with ‘Running Against The Wind’ is that it keeps trying to be something it’s not, it is a sports drama, but I would never classify it as an action movie. Weyl bites off more than he can chew with his desire for different genres, and the acting of Wolde and Nigusu unfortunately isn’t good enough to support his wild ideas.

The Concept of Sport Versus Art

A long-running concept is the idea of athleticism in competition with the arts. Often a person is defined as athletic or artsy, especially when they’re younger. While opposites do attract, it’s true that people who practice such different things tend to have different beliefs and values. This rings true for Abdi and Solomon, who become separated both because of circumstance and because of choice.

Abdi pursues his dreams of running, hence the title, while Solomon runs away to the city to try and become a photographer. Years later, Solomon’s dream hasn’t come true, and instead, he’s stuck in bad company. Here is where the story takes a turn for the worse, both figuratively and literally. The tone of the film changes into more of an action movie, including many fight scenes and some violence. It pulls away from its original idea, and starts to dabble in other genres. The episodic story only makes the story seem more convoluted and confusing, what was once classy became hard to keep track of.

Weyl brings many of his desires and dreams to the screen, specifically through his characters. The characters aren’t entirely unbelievable, but they don’t feel authentic enough. Since the main actors are inexperienced, some flaws that experienced actors could fix in a script aren’t fixed by newer ones. The two leads try this best, and it’s a valiant effort, but the film struggles because of its back-and-forth nature and the acting of the two men. The intimacy demonstrated in the film is often overshadowed by the plot devices Weyl uses.

There are soft, tender moments that the men really shine, but then it immediately cuts to something unrelated and takes us out of the moment. If anything, I wish Weyl and his cinematographer Mateusz Smolka lingered longer on the little moments. There are some beautiful shots, namely sprawling landscapes of Ethiopia, where the story is set. The world feels huge and tiny at the same time, since we’re in the perspectives of these two young men, which was something I enjoyed. I wished they let the moments breathe, let the characters speak without needing to say anything verbally, and not rush the emotional parts.

For all the bad that occurs in ‘Running Against The Wind’, the good balances it out. Before Solomon gets mixed up with the wrong people, he falls in love and grows into a young man. He gets married, has a wife and a daughter, and seems to be living peacefully. Abdi chases his dream of becoming an Olympian and even wins a national contest. There’s friendship in both of their situations, though no bond stronger than their own. Abdi has his team, Solomon has himself, and the social rejects.

There are inconsistencies throughout the film, namely the ending is questionable, but it’s an enjoyable watch nonetheless. Although there were things I had wished that were included, it was a decent film. Weyl proved to the audience his main objective, that brotherhood and friendship can help us through anything we’re going through. As well as the idea that we’re not alone, even if we may think we are. There are always people looking out for one another and trying to help each other. There is darkness, but at the end of the darkness, there is always light.

‘Running Against The Wind’ is available to watch now.