‘My Name Is Pauli Murray’: Documentary Celebrating An Unsung Champion Of Race And Gender Equity 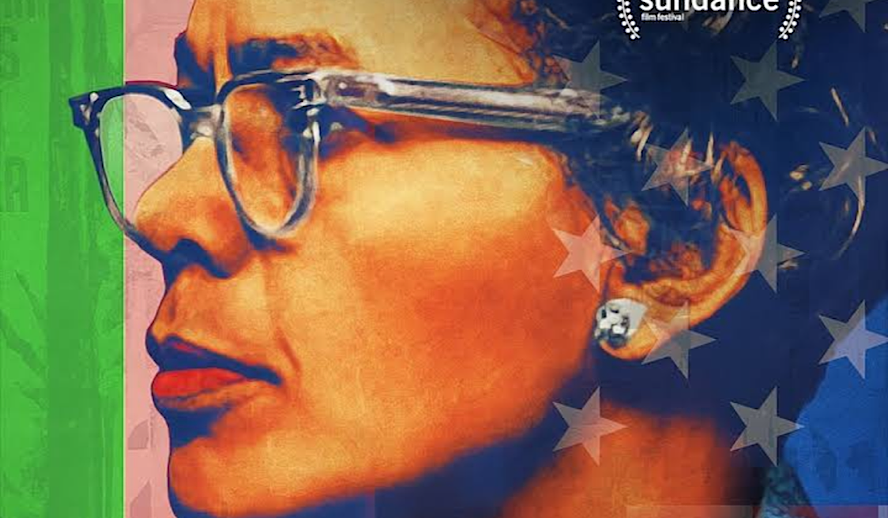 Photo: ‘My Name Is Pauli Murray’

History is not kind and can frequently overlook people who have had a tremendous impact on the world. One of these people who is seldom taught in history classes is Pauli Murray, a tremendously forward-thinking individual who rarely receives the credit they deserve. Pauli was ahead of their time: they were arrested for sitting in the wrong section on a segregated Virginia bus a whopping 15 years before the iconic Rosa Parks, successfully liaisoned non-violent sit-ins, and wrote several of the key arguments used during the Brown v. Board of Education. Their life was a remarkable one, one that is responsible for the legal architecture challenging systems of discrimination for race, gender, and sexuality. Even if your history classes didn’t teach you about Pauli, there is still time to learn about them in the new Amazon Prime documentary ‘My Name Is Pauli Murray’.

‘My Name Is Pauli Murray’

The documentary had its limited release on September 17th and became available for streaming on Amazon Prime on October 1st. The film has received positive reviews, including a 92% fresh rating on Rotten Tomatoes. The Washington Post said that the film, “delivers a lively, revelatory litany of all the things Murray got right first, in a career that was driven by equal parts intellectual curiosity and call to service”. Directors Julie Cohen and Betsy West have made other films about revolutionaries; they also created award-winning ‘RBG’ about the late Supreme Court Justice.

Perhaps it was their previous film that encouraged Ruth Bader Ginsburg to appear in the new documentary, or perhaps it was her own personal history with Pauli. RBG’s first Supreme Court case for gender equality Reed v. Reed utilized Pauli’s work as precedent. They also had a personal relationship, when Pauli was on the board of the ACLU they wrote a letter arguing for RBG to be on the board too. On using Pauli’s analysis in the trail, she said, “We were not inventing something new. We were saying the same things that Pauli had said years earlier at a time when society was not prepared to listen.”

Others featured in the documentary include Pauli’s family, professors, experts, and people who personally knew them. Pauli themselves narrates much of the documentary despite dying in 1985 by utilizing voiceovers from their autobiography. All are in awe of Pauli and what they accomplished in their life. In the film, Rutgers University associate professor Brittney Cooper says to her class, “I can’t begin to cover all her accomplishments and all her dopeness.”

Pauli held many titles including activist, lawyer, poet, and even the first African American female Episcopal priest. They did this while not only being a woman of color during a time of immense discrimination but also being queer and what we might identify today as gender non-binary. Although Pauli’s friends and family refer to them with feminine pronouns, it is argued what they would’ve wanted in today’s climate. If they were only a part of one of these disenfranchised groups they would still be incredibly revolutionary in what they accomplished, but the fact that they were all of them only makes them that much more impressive.

ACLU lawyer and transgender rights activist Chase Strangio said in the film, “Murray conceptualized the legal architecture for challenging systems of discrimination. We can’t comprehend legal movements for justice without understanding Pauli’s role in them.” Pauli’s own intersectionality provided them with insight on how to fix it that others could not consider at the time. It also gave them both great passion for fighting injustice and equally immense compassion; they were an advocate for those whose voices were drowned out.

Pauli studied law at Howard University in 1941 because they felt like they needed a weapon to fight injustice. For the first two years, they were the only woman in their class and was not allowed to talk much, but by graduation, they were at the top of their class. Class discussions focused on segregation laws that were in place at the time, referred to as Jim Crow Laws. Pauli experienced something different though, something they referred to as Jane Crow; where race and sex discrimination met. In their memoir, Pauli writes, “As a Negro woman, I knew that in many instances it was difficult to determine whether I was being discriminated against because of race or sex.”

For their senior year paper, Pauli argued that segregation violated the 13th and 14th Amendments of the Constitution. Ten years later, her former professor Spottswood Robinson joined Thurgood Marshall and several others in the Brown v. Board case. While working on the case, Robinson presented Pauli’s paper to the team and they used their analysis to help them win the monumental case. Pauli did not have knowledge of this until the mid-’50s, and society still rarely recognizes her contribution. Testifying before the Senate committee considering the ERA in September 1970 on behalf of the ACLU, Pauli said, “The Negro woman has suffered more than the addition of sex discrimination to race discrimination. She… remains on the lowest rank of social and economic status in the United States. The Black male, at least, can identify and aspire to the dominance of his white counterpart.”

Pauli’s biggest tool for social change was what they referred to as “confrontation by typewriter”. When they felt something passionately, they could not remain silent and used whatever method they could to voice their opinion. One of the people on the receiving end of her confrontation was First Lady Eleanor Roosevelt, which resulted in a long friendship between the two. Pauli never shied away from conflict despite Roosevelt’s position and in return had spirited intellectual conversations. In Ebony Magazine, Roosevelt said of them, “One of my finest young friends is a charming woman lawyer- Pauli Murray- who has been quite a firebrand at times but of whom I am very fond.”

In 1961, President JFK’s Commission on the Status of Women was created as a way to solve female discrimination in education, workforce, and Social Security. Eleanor Roosevelt was appointed to the head of the Commission and she made sure that Pauli had a significant role. At the Third National Conference on the Status Of Women, 28 women (including Pauli and feminist icon Betty Friedan) created the National Organization for Women, or N.O.W. Pauli’s activism was boundaryless and ahead of the time. Eleanor Holmes Norton, former ACLU attorney and later a member of congress, described Pauli as, “a feminist when feminists could not be found”.

‘My Name Is Pauli Murray’ is an insightful, inspiring, and worthwhile watch. It gives valuable insight to a person who rarely receives the credit or recognition they deserve for shaping modern social consciousness around race and gender. Without their contribution, who knows where the world would be today. The film opens with a quote from Pauli, “I want to see America be what she says she is in the Declaration of Independence and the Constitution. America, be what you proclaim yourself to be!” While many of the things they were fighting for are still problems in our nation, we have come a long way because of their commitment. It was Pauli’s wish that their story be told the way they wanted, and hopefully, the documentary does just that.