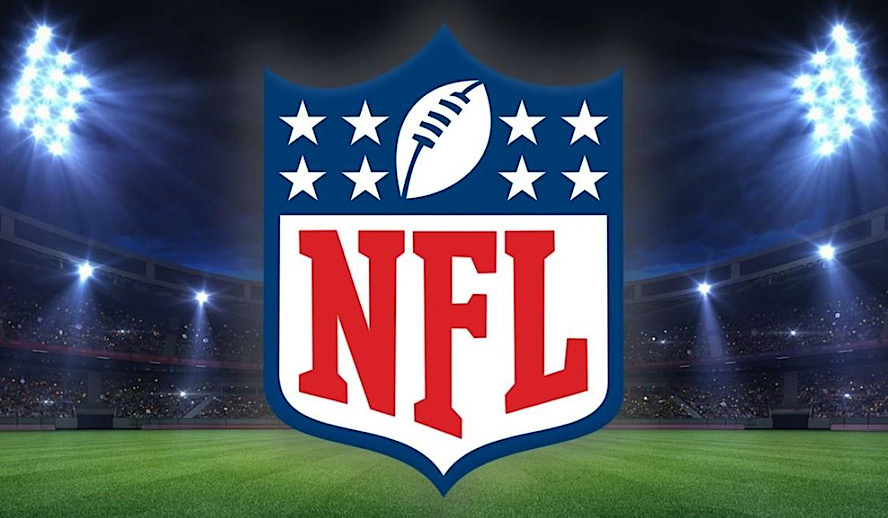 The NFL’s declining TV ratings have been a talking point for years on President Donald Trump’s Twitter account, in response to NFL players not standing for the national anthem. Ever since former San Francisco 49ers quarterback Colin Kaepernick started the movement in 2016, it’s been a divisive topic and has possibly contributed to the league’s declining viewership in recent years. According to Brandon Katz from Observer, “the Thursday night opener (this season) fell 16% compared to last season while Sunday Night Football, normally the league’s weekly golden ticket, set a decade low.” Why aren’t fans watching as much, especially with people staying inside more due to the pandemic? It depends on whom you ask.

If you ask Trump, it’s because fans don’t like it when players take a political stand. On September 20, he tweeted “People want respect for our Anthem and our Flag. Ratings will only get worse! Didn’t we go through this once before?” Jay Rosenstein, former VP of programming at CBS Sports, disagrees with the President’s assessment. “I think that the interest in football, and particularly in the NFL, is heightened by the fact that we haven’t had any football since the Super Bowl. There was no preseason, and many of the premier college games that normally open the season weren’t there because of COVID-19,” Rosenstein told CNN Business. “There’s a lot of anticipation for football right now, and the league will ride that into the season.”

The NFL TV ratings have actually risen as well as declined

The CNN article cites data to show that the ratings have actually not been steeply declining over the years. “The league’s TV viewership for the 2019 season was up roughly 5% overall from the year prior, bringing in about 16.5 million viewers with the league’s TV partners, Fox, CBS, NBC and ESPN, all benefiting from rating increases. This makes 2019 the most-watched NFL season in three years. It also keeps up the rating momentum from the 2018 season, which had increased viewership over the year prior” according to Frank Pallotta from CNN Business. The ratings aren’t truly plummeting, despite what the President may have you believe. They’re more like the lines of a heartbeat monitor, constantly up and down.

More specifically, the ratings went down in 2016 and 2017 but went back up over the last two seasons. Through week two of the new season, the ratings are back to a downward trend. The aforementioned Observer article states “In 2016, when former San Francisco 49ers quarterback Colin Kaepernick first began his peaceful protest against police brutality during the National Anthem, the NFL’s ratings dipped 9% to an average of 16.5 million per game for the season. That decline carried over into 2017 before two straight seasons of improvement. Now, with teams organizing demonstrations of unity and racial quality amid the Black Lives Matter movement, audience levels are off to a mixed start despite the lack of counter-programming in the pandemic.” What can we make of this inconsistency?

Social justice movements are a factor, but not the ultimate ratings-killer

With a new wave of Black Lives Matter protests this year amid the murders of George Floyd, Breonna Taylor, and countless others, all major sports leagues have been supporting the cause. The NBA has especially been vocal, with players temporarily going on strike recently and putting phrases like “equality” on the back of their jerseys. The NFL has followed suit, with the Kansas City Chiefs and Houston Texans players locking arms on the field before the start of the opening “Thursday Night Football” game. There were a limited number of fans at the stadium, but the boos were heard loud and clear, despite the players just trying to show unity.

This incident is a microcosm of the “don’t mix sports with politics” rhetoric that has been raging over social media the past few months. For example, Trump’s recent tweet was in response to an article written by David Hookstead for thespun.com. He said “When you turn sports into political debates, people tune out. It’s that simple. We’ve seen it time and time again. It’s not a mystery. People want to watch sports to have fun. They’re not watching to get lectured.” The irony of this viewpoint is that standing for racial equality isn’t really a political debate; it’s more about respecting all human beings and not agreeing with a system that has actively hurt people of color for hundreds of years. It’s easier to tune out when your opinions are challenged, rather than consider how the opposition might have a point.

Even with the inconsistent ratings, NFL football still leads the pack for cable TV shows. In 2019, “the league accounted for 47 of the top 50 most-watched shows on TV this season, including the entire top 10. NBC’s “Sunday Night Football” averaged 20 million viewers and is on pace to be TV’s No. 1 show in prime time for the ninth consecutive year, according to the network,” said Pallotta. This shows that even with the inconsistent ratings, the NFL is still the most valuable asset for TV networks. It’s still the most popular sport in the country, and it’s still the most popular live TV show.

“Even after all this confusion, change, and competition, the NFL still can deliver 20 million viewers to you live across a three and a half-hour period on an average minute basis. There’s nothing anywhere that does that on any platform,” said Patrick Crakes, a former Fox Sports executive, and current media consultant. The NFL is nothing if not resilient. For all of the public backlash it has faced over the years, from player safety concerns to angry fans wanting players to stand for the anthem, it still pulls tens of millions of viewers every time a game comes on.

The pandemic didn’t even delay the regular season, and the NFL’s strict league-wide COVID-19 protocols seem to be working, as no outbreaks have occurred amongst any teams yet. While people who disapprove of the players taking a stand against injustice may be tuning out, the league is still doing fine. The data shows that even with the young 2020 season having some rating setbacks, there is reason to believe viewership will slowly go back up as time passes.