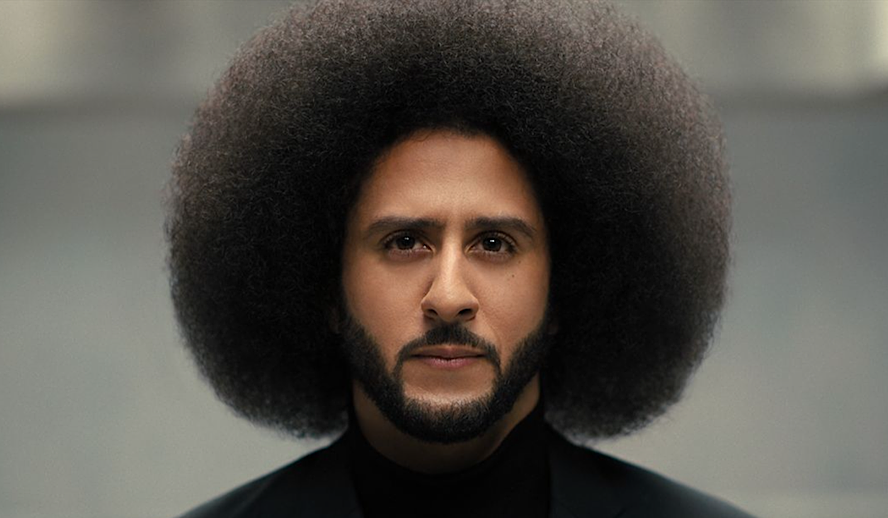 Being someone who knows next-to-nothing about football, I have still managed to learn the name Colin Kaepernick. The ex-San Francisco 49ers quarterback became a political activist after protesting racial injustice in 2016 when he kneeled for the national anthem. The controversy to his rebellion caused him to become a free agent in 2017 and remain unsigned by an NFL team. At the same time though it has given him another role besides a professional athlete; an activist. The new Netflix mini-series ‘Colin in Black & White’ explores his journey through youth sports and the experiences that would lead him to become the social crusader he is today.

Who is Colin Kaepernick?

When Kaepernick kneeled, the responses to it had the country divided including President Trump who was campaigning at the time commenting, “Get that son of a bitch off of the field.” People viewed the protest as a sign of disrespect for the flag, the country, and armed forces. Social media was also divided on whether it was a way to peacefully protest injustices Black Americans have faced for hundreds of years, and continue to face today, others believed it wasn’t a professional athlete’s place to speak about politics.

Four years later, As protests began across the country fighting racial injustices and police brutality, some began to see his peaceful protest as something different. “The reality is that social media was the greatest source in generating both the attention and the support that Kaepernick got in terms of kneeling, something that had been done for generations by Black people in this country as a protest gesture. It was social media, the fact that (Kaepernick’s protest) went viral. The fact that the press picked it up and, of course, misinterpreted it, as the mainstream press typically does. Misinterpreted it because they shifted it from the message to the method,” said sociologist Dr. Harry Edwards to NBC Sports. According to The Washington Post, 62% of Americans say that professional athletes should use their platforms to express their views on national issues, including 8 in 10 Black Americans and 7 in 10 adults under 50 years old.

Numerous other players and coaches have joined Kaepernick in the movement since 2016. Eric Reid, a former teammate of Kaepernick who kneeled as well, told The Washington Post after his first game with the Panthers, ​​”I’ve always been considering what’s best for the movement. I’ve always told myself when the time comes to stop kneeling that I’ll stop — that time has not come.” According to Insider, after kneeling throughout the 2019 season Miami Dolphins player Albert Wilson said, “I don’t feel like anything has changed. We’re protesting social injustice and police brutality. Things haven’t changed since last year so we’ll continue to protest.”

Ava DuVernay is the first Black American female director to receive a Golden Globe nomination and has consistently put out work that challenges the status quo. Themes in her films often focus on inequality and injustices. “Unafraid to speak her mind and address the diversity issues in Hollywood today, DuVernay has become a huge figure who is actively trying to make the silver screen more inclusive,” said Jordan Qin with Hollywood Insider. She has received over 60 awards for her films over the course of her 16 years in the industry and focuses much of her work on advocating for minorities. She wrote and directed ‘13th’ which explores racial inequality in the United States, especially within the prison system which disproportionately targets Black individuals. She also directed ‘Selma’ about Martin Luther King Jr.’s march on Selma, as well as ‘When They See Us’ a biographical drama about five wrongfully accused Black men facing incarceration.

DuVernay has become so synonymous with activism that there has even been a test created evaluating diversity on screen. The “DuVernay Test” was coined by Manohla Dargis in a New York Times article, and it requires minorities to be fully developed characters not just as background characters to white stories.

The docu-drama became available for streaming on October 29th and has become increasingly popular since then. It’s a quick watch, only six episodes lasting about a half-hour each. The show was created by Kaepernick and Ava DuVernay. It has received mixed ratings, although overall positive with an 81% on Rotten Tomatoes.

The show is a combination of documentary formatted information mixed with a straightforward drama. Kaepernick, dressed in all black, addresses the camera and acts as a narrator to his own story. While at times these chunks work effectively as background information, it’s clear that Kaepernick is not a performer. He can feel stiff and awkward at times, NPR calls his performance, “sometimes passionate and emotional, other times stilted and a little heavy-handed”.

Interwoven, Jaden Michael plays a younger version of Kaepernick before he was a professional athlete, back when he was just a kid in Turlock, California, trying to make junior varsity. His story starts when he is an eighth-grader who has yet to understand his identity and lasts until his senior year of high school. He wants nothing more than to look like Allen Iverson with cornrows, although his white parents don’t understand the desire and deem the hairstyle as “thuggish”. The show goes on to explain this history of the word thug and how over time it has become an increasingly racist and demeaning term.

His parents, played by Nick Offerman and Mary-Louise Parker, are both clueless as to help their adopted biracial son understand his identity. Not only are they blind to constant microaggressions Colin encounters daily in his predominantly white town, but they are also extremely limited in their worldview. They aren’t just white, they are white… like play Christian rock radio and severely under season their food. “Parker and Offerman’s performances portray a complicated relationship, marked by parental failure to confront the policies, practices, systems, and mindsets that make life so challenging even for someone as outstandingly talented as Kaepernick,” said CNN.

While their cluelessness is the source of comedy, it is also a point of contention in the family as Colin begins to realize he will face problems that his parent don’t understand and  remain willfully ignorant about it. Head writer Michael Starrbury said he hopes the story can relay a message to young people, “In your life, you may start out wanting to be one thing, like a quarterback, but as you’re going through your life in your formative years, one day you might be brave enough to sacrifice it all,” he said according to Variety.

Where It Shines And Where It Falls Flat

There are several aspects of the show that work alongside some that take the viewer out of the experience.

Within the first couple minutes of the first episode, the NFL draft is compared to a slave auction, and it sets the stage for the attitude the show takes. The show’s primary purpose is to show is to inform viewers about injustices, big and small, that the Black community faces. The show gave important background information and statistics to talk about Black history. The formatting of the show also functions as a disruptor to the flow of the story. At times it can almost feel after-school-special, but others it excels in giving important context. For example, Black mortgage applicants are declined at twice the rate of white applicants. They will also use real stories or court cases, such as Kelly Williams-Bolar being sentenced to 9 days in jail for “boundary hopping”, or sending her children to a better school using the children’s father’s address outside of the district she lived in. “Some people will say the system is broken. I’m here to tell you it was intentionally built that way,” Kaepernick says into the camera.

It can however feel redundant and over-explained at some points in the show. NPR writes, “The show tends to make its points over and over, with Kaepernick’s voiceovers explaining things that also play out in scripted scenes. It can make the show feels inconsistent; at times, the narration expands your understanding with exciting looks at Black history. In other moments, it just emphasizes something you already know.” The message of the show is clear though: those experiences shape who you are and no one is just one thing.