Disney/Pixar’s ‘Onward’ and WHY Everyone Needs to See This Movie! 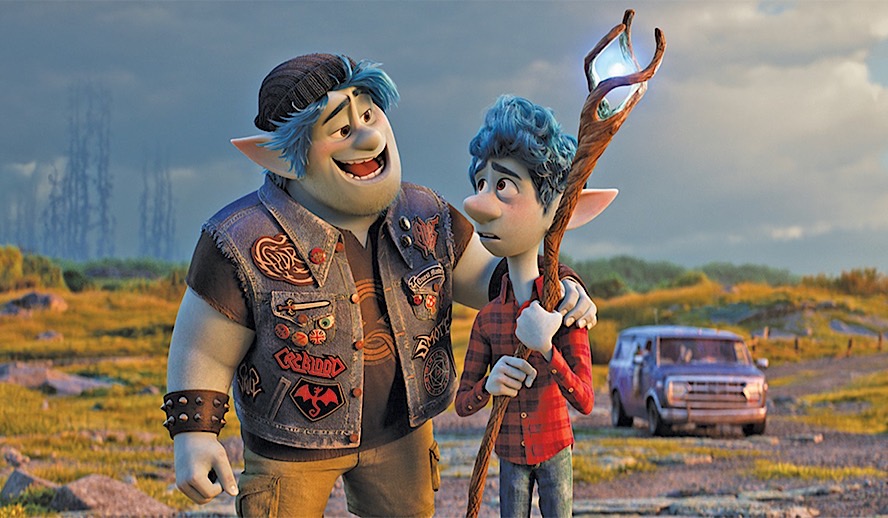 Pixar’s Onward is here for us all to be mesmerized. Pixar has been a powerhouse in the world of animation since the release of Toy Story in 1995. This unstoppable force of a company has released hit after hit with movies that have consistently broken box office records. And I’d argue that their latest movie is their best ever. I know, I know, people with Lightning McQueen figurines on their work desk and those who spend their entire car ride to work playing “Remember Me” on repeat are gonna be upset with me for saying that. Hear me out.

The reason why Pixar is so great is not just because they are pioneers in the field of animation but it’s because their movies are able to make the audience feel at such great levels. Their movies make us laugh hysterically but at the same time you need to bring a box of tissues in preparation for scenes like the furnace scene in Toy Story 3. In fact, to solve any international conflict, put all the world leaders in a theater and show them Toy Story 3. By the end, they’ll be hugging each other and belting “You’ve Got a Friend in Me” at the top of their lungs. The point is, Pixar is the expert at manipulating audience emotions. Just look at some of the imagery in Coco and Up and it’s pretty clear why they lead the game in animation.

Related article: Another perspective on ‘Onward’: Is the Tom Holland and Chris Pratt Starrer, Pixar’s Most Dazzling Experience?

Related article: FACT-CHECKED Series: Tom Holland And 15 Things You Might Not Know About The Star Of Spider-Man

Rendezvous At The Premiere of Onward

Onward checks off all the usual boxes that makes Pixar movies great but also takes it one step further. Usually mother company Disney makes movies that are more fantastical and involve magic. Sure, Pixar movies bring life to inanimate objects but that’s as far as the magic goes. If you really think about it, Pixar movies are a lot more down to earth than Disney movies. I can’t believe I’m saying that about movies with cars that can dream and amnesiac fish but it’s true. This makes Pixar movies more palatable for adults than Disney movies are. And yes, I know there are adults who cosplay as Gandalf and have the Lord of the Rings theme as their ringtone but I’m talking more generally. Onward dares adult Pixar fans to appreciate the whimsy of a fantasy world while also being cynical about the fantasy genre as a whole.

Onward takes place in what used to be a fantastical world. But now that modern technology makes life so much easier, there’s not really a need to use magic anymore. Once great beasts now run family friendly restaurants and pixie fairies ride around in biker gangs. The world has lost its ability to see the inherent amazingness within itself. This, in a way, parallels the journey from growing up a Disney fan to finding the movies silly and childish and preferring Pixar. This world has become cynical about fantasy just as the adults in the audience have as well. But Onward insists that there is still whimsy left in the world, it’s just untapped. This world is populated by fantastic creatures and no one sees how amazing that is because it is their daily life,  but we as audience members see these spectacular creatures for what they are. Maybe that’s a metaphor for everyone in our world having a little magic within them, even though we may not feel it.

​Ian and Barley: potentially the most complex of any Pixar relationship

The story centers around Ian and Barley who must go on a quest together after Ian is given a magic staff for his birthday which will bring his dad back to life for one day only. Unfortunately, the spell goes awry and Ian’s only able to bring back half his dad’s body, from the beltline down. Ian and Barley need to find another magical crystal somewhere in the world to bring back the rest of Dad. Ian and Barley are at the center of the story in Onward. Ian is like everyone else in his modern world. He doesn’t believe magic still exists in the world. Ian is a typical shy teenager; think Evan Hansen or Cady from Mean Girls but with blue skin and troll ears. Barley, on the other hand, is obsessed with what this world once was. He is Ian’s older brother and he constantly subjects Ian to the embarrassment of having an adult brother who still believes in magic.

Ian is insistent on doing everything in the most practical way on their journey. This is seen when Ian wants to take the freeway to the gem instead of the slightly less family friendly path called “Path of Peril.” Barley is obviously insistent on taking the more adventurous sounding route. And more often than not, Barley ends up being right. This tells the audience that though it may seem ridiculous to choose an adventure instead of a safer option, sometimes you have to take risks. It’s ironic that Ian is the brother who is able to cast magic spells with the staff he was gifted and not Barley, who seems like a better fit to reveal the staff’s magic. But it was a smart choice by the writers to give the magical abilities to Ian. This way he is forced to face the magic of his world and its inherent conflict of ridiculousness and beauty head on.

The CHEMISTRY of Tom Holland & Chris Pratt is Explosive in Onward

​​Why this world needs this movie

Our world is magical as well.  You can see it every time a flower blooms or every time the sun rises over the land. We are so lucky  to have been born into this world and all its beauty. Yet we have forgotten how lucky we are, and how special this world is. Onward reminds us to appreciate the world and our lives in all its glory, because everything and everyone has a little bit of magic within them.