A Tribute to Jennifer Lopez: Mother, Actress, and Singer 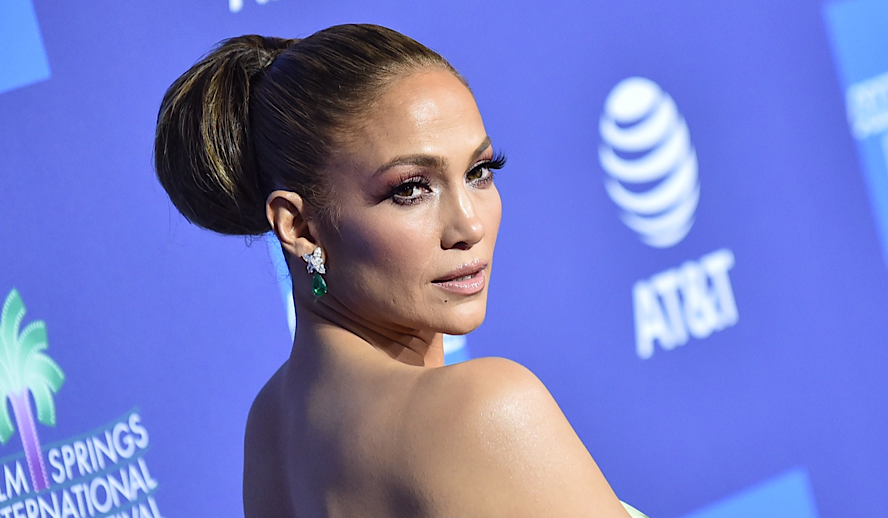 One of the most prolific artists of the 1990s has been Jennifer Lopez. Lopez is a triple threat in Hollywood, and has been considered the biggest Latin star for the majority of her career. Her inspiring personality, her hit movies, and her amazing music all add to her public persona. Unfortunately, her career hasn’t been without setbacks, many due to negative media attention. She’s been in the spotlight most of her life, including when she had children and had public divorces. It can’t be easy, but she perseveres nonetheless. She’s a model for young women everywhere, for Latin audiences, and one of the best stars still working today.

Jennifer Lopez was born in the Bronx in New York. Her parents were immigrants from Puerto Rico and she was raised in a strict, Catholic household. She attended Catholic school her entire life, even going to an all-girls school for high school. She’s the middle child and has two sisters. Her love of dance began in school and it later transitioned to her career when she enrolled in Manhattan’s Phil Black Dance Studio. While her parents disapproved of her decision to pursue music, she would later prove them wrong to doubt her.

Her first professional job came in 1989 where she toured Europe with a musical show. When she came back to America, she had a role for New Kids on the Block’s performance at the 1991 American Music Awards. Afterward, she would travel around America and participate in regional performances of musicals. Her biggest role came when she became a Fly Girl on the sketch ‘In Living Color’. Then, she acted in 1994’s ‘South Central’, her first big acting role. For her first role in a feature film, Lopez received a nomination for Best Supporting Actress at the Independent Spirit Awards.

Later, Lopez ventured into music and released her debut album On the 6 in 1999. She was one of the biggest people who propelled Latin pop music in America. With her second album J.Lo and the release of ‘The Wedding Planner’ at the same time, Lopez became the first woman to have a number one album and movie at the same time. While her early success was inspiring, her career wasn’t without hardship.

For Jennifer Lopez, the late 2000s were a much harder time. Her films weren’t doing as well as before, and she switched back and forth from doing a hiatus and working. Her sixth album, released in 2007, marked her lowest charting album. In 2008, she went on hiatus again after she gave birth to twins. Around a year and a half later, she released two singles for her seventh album Love? but both failed to chart. This setback led her to depart from Epic Records and join a new record label.

Other hardships she experienced had to do with the media and her relationships. Ever since she started in the industry, Lopez has had a lot of media attention on her. Her romance with actor Ben Affleck has been one of the biggest Hollywood “it” couples and when they got back together in 2021, the world went crazy. She also had a public relationship with Alex Rodriguez and Marc Anthony, the latter whom she shares children with. It’s hard enough to grow up in the world, and it’s even harder when your every move is being scrutinized. Especially after her public breakups or divorces, the media has unfortunately been ruthless to her. Women need to stop being blamed for the actions of men, or being forced to bear the brunt of negative attention. Lopez is an example of the toxic media relationship with celebrities, and how it needs to change.

After leaving Epic Records, Lopez joined Island Records and released her seventh album Love? in 2011. Its lead single, “On The Floor”, became one of the most successful singles of that year and marked her comeback. In the same year, Lopez joined ‘American Idol’ as a judge, appealing to Latin audiences as well as giving her a platform once more. She released her 14th fragrance that year and partnered with L’Oreal Paris and the ads debuted in early 2011 to help her album.

Her 15th fragrance, Love and Light, was the most successful one yet. It made over $2.9 million dollars and was a global success. Over the course of 2011, Lopez was hard at work and created a clothing line, furniture collection, and promoted Fiat cars. Lopez was officially back and the momentum didn’t stop there.

2012 and 2013 saw more films being released, after Lopez had returned to the silver screen in 2011 after three years away. One of the most popular films of that time was ‘Ice Age: Continental Drift’ and became her highest opening weekend figure. Lopez had found her footing again and was surging ahead.

Stepping Into Other Roles

While Lopez is mainly known as a triple threat (a dancer, singer, and actress), she began to venture into other roles. She became the chief creative officer of nuvoTV and then an executive producer on the show ‘The Fosters’. ‘The Fosters’ follows a same-sex couple as they raise a family, and Lopez wanted to do more for LGBTQ+ representation so she signed on.

In 2014, she became a New York Times best-seller after she released her book True Love. The period of 2014-2018 was a busy time of work, where she was in multiple films, shows, and created a lot of clothing. Some of the biggest successes from that time included ‘Ice Age: Collision Course’, ‘Second Act’, and her show ‘World of Dance’. It wasn’t until 2019  that Lopez made the biggest impact of her acting career with the film ‘Hustlers’.

‘Hustlers’ was a movie that Lopez starred in as well as an executive producer. It follows the lives of strippers as they steal money from Wall Street bankers and is a story of sisterhood, friendship, and morality. The film is widely considered Lopez’s best acting role, and it was praised highly for her character and her talent. The film grossed over $100 million in North America alone and garnered nominations for Lopez for Best Supporting Actress at the Golden Globe Awards, Screen Actors Guild Awards, and more. In the same year, she headlined the Super Bowl.

Jennifer Lopez is a triple threat, and though she came into the spotlight over 20 years ago, she’s still extremely relevant. She’s been an inspiration for Latin audiences, an example of perseverance, and a role model for parents and women everywhere. Without a doubt, Lopez deserves all the success she’s had and more.