We Get the Old Kanye in Act 1 of ‘Jeen-yuhs: A Kanye Trilogy’ 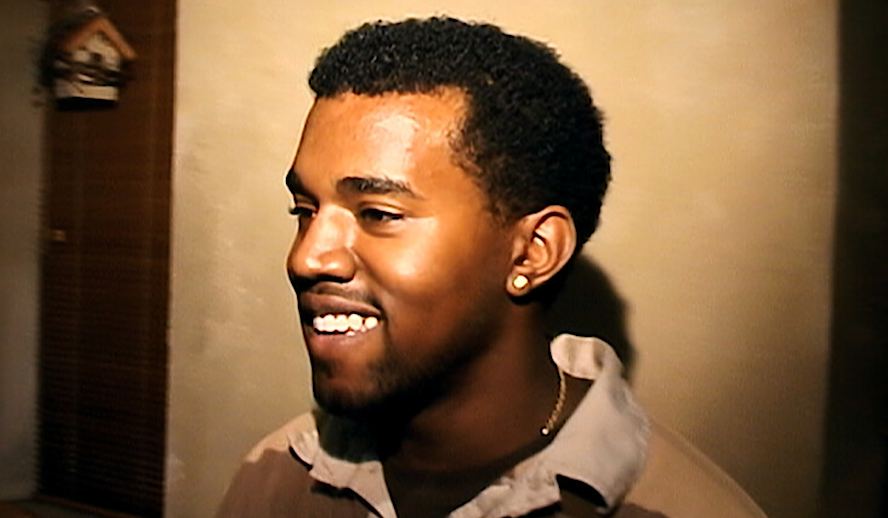 Kanye West the self-proclaimed ‘genius’ and ‘god’ has the first act of his documentary titled ‘Jeen-yuhs: A Kanye Trilogy’ available to watch on Netflix and the first act takes the audience back in time when West was a talented producer, trying to get signed to Roc-A-Fella Records. The entire documentary is about unseen footage of West from the past two decades which includes his career in music and fashion, the death of his mother Donda West, and his 2020 presidential campaign. The documentary is directed by Clarence Simmons aka Coodie and Chike Ozah and throughout the first act, Coodie narrates West’s story, therefore, giving more context of what West was thinking or feeling at that present moment.

This documentary feels like I found footage at a thrift store and I dusted off the old vintage camera and surprise! I found a tape inside and wanted to figure out what was on it. The footage takes me to see the humble beginnings of Kanye West and what he did to get where he is now. The docuseries has a good opening showcasing a montage of West’s best publicity moments but then throws the audience right into the old footage. This doesn’t feel like a typical documentary about of famous icon because there are no interviews and narrative to it because usually, a documentary about a famous icon starts off in their childhood and then you get the comment from the interview saying stuff like “There was something about him that was different” or “I always knew he was going to be a star”. Now, we do get those moments but it’s from people in the footage and not a separate interview.

It does feel nice when watching ‘Act 1: Vision’ because you see a young Kanye with a lot of confidence with the attitude of “yes, I am going to be successful”. The build-up is also kind of different from the way documentaries usually frame a narrative because the audience only sees snippets from West’s life at the time and he was already in the beginning stages of being successful. The audience doesn’t see West struggling as a beginner rapper trying to get people to listen to his beats, he was already well known in Chicago when the documentary started. I think this series can be elevated to another level if there was a narrative brought to it instead of having footage being narrated by the co-director.

It’s interesting to see these moments of West’s life captured because these moments are never recorded, they’re usually told by the person who is successful. The audience gets to see the inside of West’s apartment in Chicago and New York, where he moved to pursue a record deal and many recording studios including one in Jamie Foxx’s house. My favorite moment from Act 1 is West’s mom, Donda West, as she gives words of encouragement to Kanye, tells stories about his childhood, and recites lyrics. It really shows that Donda was truly Kanye’s number one supporter and it’s somber yet heartwarming knowing that Donda would be proud of what Kanye accomplished.

The Sweet Kanye, Chop Up The Beats Kanye

The first act ends with Kanye announcing at the Roc-A-Fella tour that he’s a new member of the record label and then teases act two which will feature when the rapper’s jaw was broken in three places from a car accident. I’m assuming the next act will show the making of his debut album “College Dropout” and him accepting a Grammy for it. Act 2 will definitely show how Kanye reacts to success and what he does with it, even in the teaser Kanye says along with the words that God can give you success and take it away as fast.

I expect the next act to have the same pace as the first act by showing the footage and having narration but I can tell by the teaser we’re going to start seeing clips from the media. I hope to see how Kanye reacts to the paparazzi when he’s experiencing this new success because we all know the famous “Good Morning, Kanye!” paparazzi video. It’ll show how success affected the rapper over time and I’m also interested to see raw footage of how Kanye felt during that time because everyone wants to be successful but not everyone records their success.

I think Kanye fans will really enjoy this docu-series because they get to see intimate moments of their favorite rappers’ life and beginnings. I think anyone would be interested in a documentary about their favorite creator especially if they’re still alive and continuing to create. I think this is going to inspire other creators or upcoming creators to record their humble beginnings to share in the future or to look back on. People should check out this docu-series if they’re even interested in Kanye’s life or casually enjoys his music because you’ll get snippets of the raw version of some songs.

Kanye continues to be a cultural icon that the media loves and it’s gotten to the point where the media over-sensualize Kanye and forget that he’s a human being. It’s easy to get caught up in a celebrity’s life like Kanye’s and it’s easy to make him the bad guy because of his actions or words but it’s important to remember that most people don’t know the real Kanye. What Kanye post’s on social media is just a small glimpse into his life and we can give general helpful criticism to help him instead of bringing him down. It’s important to acknowledge that Kanye’s actions do have a larger impact because he has followers but it’s also important to give him the basic respect that every human deserves. It’s so easy to see celebrities as characters because of the persona’s they portray and I’m not saying you have to like them just give them the basic respect and move out, also if you can give criticism without being rude.