‘What Happened, Brittany Murphy?’: A Hazy Portrait of the Late Starlet | Documentary 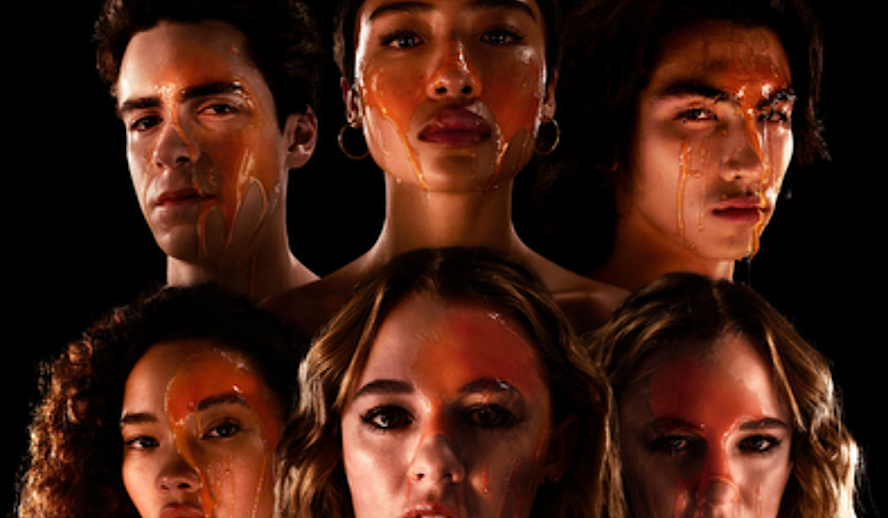 The new HBO Max series, ‘What Happened, Brittany Murphy?’ turns a relatively simple story in the realm of true-crime documentaries into a two-part memorial of her life, her death, and the man behind the curtain who affected her so deeply, potentially – this series wonders – setting in motion the events that would lead to her unexpected death in 2009 at the young age of 32.

Brittany Murphy was well known for her roles in films like ‘Clueless’, ‘Girl, Interrupted’, ‘Uptown Girls’, ‘8 Mile’, and many other films in the late ’90s and early 2000s. According to her very first manager, performing in any capacity always seemed like something that Murphy truly wanted to do, rather than something perpetuated by her parents; she was chosen, from the very beginning. Even now, it’s hard to believe that her iconic role as the urban and adorable Tai in ‘Clueless’ was actually her very first film role.

Following the current media trend of attempting to understand and reconcile the treatment of other lost or disgraced young female figures, this recollection provides examples of her struggle with body image and eating disorders in a pop-culture landscape that valued the hyper-thinness of “cocaine chic” above all else. Britney Spears, Lindsay Lohan, and Paris Hilton are just a few of the more well-known examples of the blindingly critical effect of their lives and bodies being the subject of public debate.

Jumping between Murphy’s upbringing in the 1990’s, her rise to stardom in the early 2000’s, and her unfortunate involvement with her eventual fiancé, Simon Monjack, director Cynthia Hill crafts a still-obscured portrait of the late starlet. Featuring a number of talking heads from her co-workers from film and television, the audience is treated to some fresh perspectives regarding the heart-wrenching demise of someone meant for so much more.

Peering Beneath the Surface.. Or the Bridal Veil

Brittany Murphy’s life is recollected through the perspective of the people who knew her the best, as well as those who only knew her on the periphery. They speak at length about her bubbly personality, her absolute authenticity, and her impassioned approach to performance.  But beneath the girl who so illuminated those around her, there seemed to be more private, evasive behaviors that may speak to her perspective during the final period of her life. When she suddenly and seemingly inexplicably passed away – eventually explained by a pneumonia diagnosis – at her Hollywood home in December 2009, many speculated on the involvement of drugs, alcohol, and rumored eating disorders as an overarching cause, but those weren’t the only rumors.

Many claims related to Murphy in her final years have to do with Monjack and his behavior, both independent of and dependent on Murphy. It includes interviews with both his mother and brother, as well as the mother of an unclaimed child. These spectators, combined with the experiences of those who felt the aura of his treatment of Murphy, make up a beaded string of characteristics describing this man that we can only pretend to probe, now, a decade after his death. He was a self-described billionaire, buffing up his reputation by lying about things like affording an expensive car collection or international experimental drug trials.

He also had a pattern of charming beautiful, young girls, and in the case preceding his relationship with Murphy, sucking dry any hard-earned resources they may have had. Because of this, a number of ‘witnesses’ would recollect thinking that his presence in her life was toxic and all-encompassing. Above all else, this seems to be the line the series most diligently follows, shining a spotlight on various theories concerning his explicit or implicit role in her death. The discussion is interspersed with firsthand recollections as well as speculative Youtube essays about the topic, illustrating the range of opinion and the collective frustration at how nonsensical the discourse seemed to be.

Because of this avenue of inquiry, there are some poignant moments in this series, and though the pieces may not lay together as a completely coherent picture, they do provide a number of avenues through which we can examine how complex Murphy’s life truly was. However, this is explored in a way that hangs on the outskirts of her true psyche, which still yet seems so distant and intangible. In this sense, so much feels unexplored for the format of a two-part docuseries as it leaps from suggestion to suggestion. At some points, it remembers her warmly as with a memorial, in other moments, the narrative shift turns so detached, so clinical. Hill can’t seem to decide whether she wants to ceremoniously bask the legacy of Murphy, or completely deconstruct it.

One Enduring Question, No Proven Answers

By the end of this docuseries, I realized that there’s no real answer to the ultimate question: what happened, Brittany Murphy? There are only fragments of the life that she left behind, and the dark things that may have been going on beyond the mask of strength and innocence that she wore so well. The series doesn’t endeavor to come to a tidy conclusion, one which – despite the ambiguousness of her passing – attempts to assign a grander cause to her unexpected death. In many ways, it conjures even more questions than answers, and a collection of clues that never seem to add up to anything concrete. All of this is to say, don’t watch this for clarity, rather, watch it to understand her memory from a myriad of viewpoints: her friends, her coworkers, and her enthralled spectators.

What we do know is that she was beloved, and remains deeply missed by the people who encountered her in the every-day, or in the very briefest encounters. In a sense, her legacy lives on shrouded in this fog of uncertainty, thick with the air of conspiracy, but the light of her memory radiates through almost as dazzlingly as her presence did. If for nothing else, friends and fans of the star can be grateful for this silver lining.