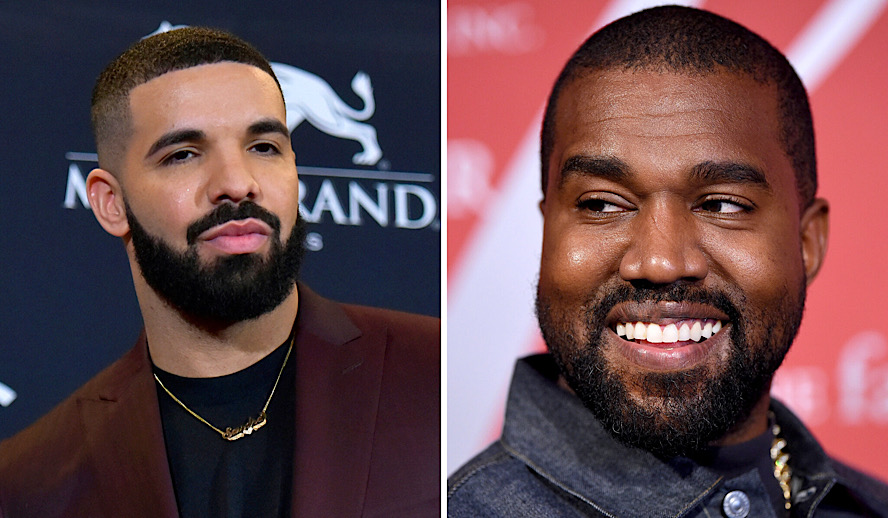 The hype created around ‘Donda,’ Kanye West’s new album, has been simmering in the hip hop boiling water for almost a year and a half. News about Kanye’s album has been shared since the beginning of 2020. A year and a half later, it felt like the release was never going to happen. The rapper delayed the album’s release so many times that his fans were about to lose their heads over it. During the time the album was supposed to come out, ‘Donda’ had changed names, exchanged collaborators, converted tunes into other tunes, and apparently, many songs were written and re-written. In the midst of the summer, Kanye hosted two listening parties, and on his third listening party, the rapper invited some unwanted guests.

Kanye Was In Flames

Kanye’s actions often make people talk, it is no surprise that whatever Kanye does will be part of headlines everywhere a few hours later. It was no different this time around, because, at his third listening party, Kanye welcomed Marilyn Manson and Dababy to share the stage with him. The hitmaker’s invitation to these two artists had social media, just like Kanye in the center stage of his ‘Donda’ performance, burning up in flames.

The reason being that both musicians are involved in quite major controversies, and these types of controversies are not ones that can be buried rather quickly or be forgotten at all. For one, Marilyn Manson has been accused of sexual assault several times in the past few years. Four women who formerly were his significant other have spoken up about their terrible experiences with Manson. Reading the narratives they shared is shocking and heartbreaking. The stories between the women are quite similar, Manson’s previous partners say they were manipulated, coerced, and sexually assaulted by him. The accusations became more notorious when former partner, actress Evan Rachel Wood, posted about the matter. She posted on her Instagram pointing fingers at Manson, using his real name. And when ex-fiancee Rose McGowan came forward agreeing with the other women’s statements, the notoriety of the cases augmented.

Second, Dababy’s controversy is more of a recent incident. His situation was rooted in ignorance. The rapper made insensitive comments against the LGBTQ+ community related to aids, spreading misinformation, speaking as a homophobe would back in the 90s. Honestly, in this day and age, information is so easily accessible that it makes no sense to me how there was no research behind his words. I mean, how can people get such a big platform and speak only with ignorance? This sort of situation will always beat me.

Anyway, social media went nuts when they realized Kanye West had chosen to share the stage with Marilyn Manson and Dababy. Many shared their discontent as they totally criticized Kanye for this decision. Instagram’s users made memes with comments like “Harvey Weinstein and Prince Andrew were already busy,” when explaining the reason why Kanye chose them as their companions. Kanye is not the only one hitting backlash recently for being insensitive against women who had been victims or let’s say survivors, of sexual assault.

What About Drake’s ‘Certified Lover Boy’?

On September 3rd, Drake’s highly anticipated album dropped. As expected, countless fans were ecstatic about it, but thankfully, no one goes unnoticed, and the internet doesn’t think twice before calling celebrities out for their wrongdoings. Quickly the internet found out that Drake had credited R. Kelly on his new album, and just like Kanye, Drake was criticized for his participation in supporting a sexual assaulter. The comments about “Certified Lover Boy,” Drake’s new album, went something like “Drake sampling R. Kelly and Kanye featuring Marilyn Manson, and Dababy really shows you men don’t care about women and their trauma,” and “it’s protect black women until one of your favorite artists drop a project feat the abuser, and suddenly exceptions are made.”

Do The Art Justify The Means?

And with that, the question arose, do the art justify the means? Many social media enthusiasts began to doubt their admiration towards these artists. Then the question is, should we care who the person behind the art is, or is the art bigger than the artist itself? When an artist “makes it,” suddenly the platform given to them is enormous. The power celebrities hold sits literally at the tip of their fingers. So, does it matter if an artist that is highly admired follows good morals? So far, it seems like the world tends to forget extremely easily about situations where the artist has forgotten how to be a good human being.

A perfect example is the one of Chris Brown. After his act of terrible judgment, it didn’t take him long before he was back on top of the world. It looked as if it didn’t matter that Chris Brown showed his true colors in front of his fans. Musicians are not the only artists holding controversies that wouldn’t be forgiven if it wasn’t for their celebrity status, actors, directors, writers, etc. are part of it too.

I read an article once where a writer shared that after hearing about the famous case of Roman Polanski, he had avoided watching ‘The Pianist,’ although the film was critically acclaimed and nominated for various Academy Awards. For this writer, steering clear of Roman Polanski’s art gave him a sense of good morals, which meant that he believed to be a better person for it. He thought that supporting artists with similar values as him was a better deal. In that same article, the writer explained that sometimes the circumstances and details gave much to think about.

The writer believed that it often depends on the type of “crime” or “bad behavior,” and by measuring the severity of the action, it gave you more or less permission to admire someone’s art. Mostly what I understood from this writer’s point of view is that society’s morals change with the passing of time, what was once okay is not anymore, and with time, people’s mentality changes, meaning behaviors evolve and people should too.

But What If The Man Is The Art?

The latter takes us back to the question: Can you separate the man from the artist? If the answer is yes, do you really think the art is distinct from the man or the woman? I believe it is pretty hard to separate the man from the art because the man is the art. This means that by supporting the people that have committed certain acts, in a way, you are perpetually supporting racism, misogyny, rape, etc. By any means, it does not undermine the genius behind the artist. I am not taking away their talent, but no man or woman shall be celebrated for its evil and prejudice.