An Unexpected Star is Taking the World by Storm: Elmo on TikTok 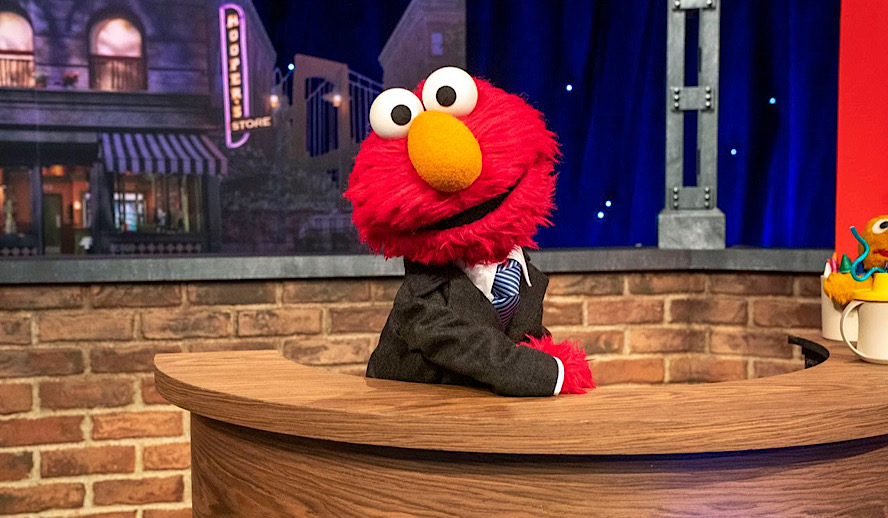 TikTok is a platform catered to breakout stars. It’s surprisingly easy to post a video for your handful of followers and wake up to thousands of views. The app’s algorithm is set up in a way that follower count doesn’t exactly correlate to the amount of people your video is shown to, making it possible for any user’s content to gain an audience. However, the biggest breakout star in 2022 isn’t your average user.

It’s nearly impossible to scroll through TikTok for more than a few minutes without hearing the familiar voice of Sesame Street’s most famous monster. Elmo is taking over the platform, with audio from ‘Sesame Street’, interviews, and more being used on hundreds of thousands of videos.

Elmo on TikTok – How it All Started

In December of 2021, TikTok user Chelsey Vogt (@cj_vogy) posted a clip of Elmo and his friend Rosita singing a song called ‘Wonder, What If, Let’s Try’ with actress and singer Hailee Steinfeld. The video was captioned “The way Elmo says ‘paper towel roll’ has me dying.. I can’t stop watching”, calling attention to both Elmo’s sass and his New York accent. TikTok users were shocked by how entertaining Elmo actually is and went digging for more.

Soon, his content was all over the platform. Vogt’s original post has garnered over six million views, with the audio being used for over 100,000 other videos. It wasn’t the only one, either. As people began looking back on Elmo content, they found more and more clips to share on TikTok. Over the course of just a few weeks, sounds of Elmo threatening to sue Rove McManus, creating dances with Jason Derulo, and most famously, feuding with Rocco the rock spread like wildfire across the platform.

Internet Feuding with a Twist

After years of quarantining and lockdowns, people have spent more than enough time online. Internet drama seems to be more popular than ever recently. People needed a break from scandal and controversy and it came in the form of Elmo and Rocco, a light-hearted, zero-stakes feud. Rocco, as his name suggests, is the pet rock of Elmo’s friend Zoey, another ‘Sesame Street’ monster. The drama comes from Elmo not believing that Rocco is alive. That’s it! It’s funny and entertaining without the hostility that typically comes from drama online.

Videos of Elmo refusing to share with Rocco or otherwise refusing to acknowledge that he may be alive have been all over social media recently. However, Rocco has been on ‘Sesame Street’ since 1999. So, why is this feud so popular now? Again, people have spent all of the pandemic looking for an escape. If it happens to come in the form of children’s media then so be it. Elmo acting out is entertaining because it goes against what we have come to expect from the characters on ‘Sesame Street’, but as a drama, it’s simple, entertaining, and carefree.

Elmo’s popularity is not limited to social media, celebrities, news outlets and talk shows have been chiming in, especially speaking on the Rocco feud. Notably, Dwayne “The Rock” Johnson chimed in, giving his perspective as a fellow rock, responding to Elmo’s question of if anyone has seen a rock eating a cookie (answering yes, of course). Elmo has also been making appearances to address his battles with Rocco, on E! News’ Daily Pop Elmo gave a parody of a typical celebrity PR apology, speaking carefully on his relationship with Zoey despite his disbelief in Rocco. People loved this bit, saying that it was more entertaining than the SNL sketch on the same matter.

Yes, even ‘Saturday Night Live’ had something to say about Elmo and Rocco. Cast member Chloe Fineman stopped by Weekend Update as Elmo, first to apologize for his hostility before the segment turns to a confrontation when Rocco is brought on as well. The sketch was met with mixed reviews, some people liked that SNL was playing into the internet’s love for Elmo but many thought the humor fell short. Admittedly, it’s hard to please with an Elmo impression when the little monster himself is so funny already.

Elmo is no stranger to the late-night circuit. In 2020 HBO Max premiered ‘The Not-Too-Late Show’ a late-night talk show meant for kids and parents alike. The show consisted of both ‘Sesame Street’ muppets and celebrity guests, tying in interests for the whole family. With guests like John Mulaney, Jonathan Van Ness, and Blake Lively, it’s not surprising that Elmo has been building an older audience.

Outside of his own show, Elmo is a regular guest on programs such as ‘The Tonight Show starring Jimmy Fallon’ and popular interview segments like the Wired Autocomplete Interview. These appearances are on programs with intended audiences much older than Elmo’s own, allowing his sense of humor to truly shine. Elmo plays off adults incredibly well (because, after all, he’s a three-and-a-half-year-old puppet played by a grown adult), and his appearances on late-night talk shows or other interviews are aimed at the older audience. It was only a matter of time before people caught on to just how funny the monster can be.

Stepping Out of ‘Sesame Street’

Elmo has made a name for himself outside of the ‘Sesame Street’ context he’s usually found in. When looking at his appearances outside of PBS, it’s obvious why audiences are bringing a love for Elmo into adulthood. From TikTok fame to low-stakes feuding, Elmo acts exactly as any celebrity would, but with an added layer of adorable fur and family friendliness. Whether you find him at 123 Sesame Street or chatting with Jimmy Fallon, Elmo will always provide laughs and warm your heart.