Best Samantha Jones Moments: Saying Goodbye to The Best Character in ‘Sex and the City’ 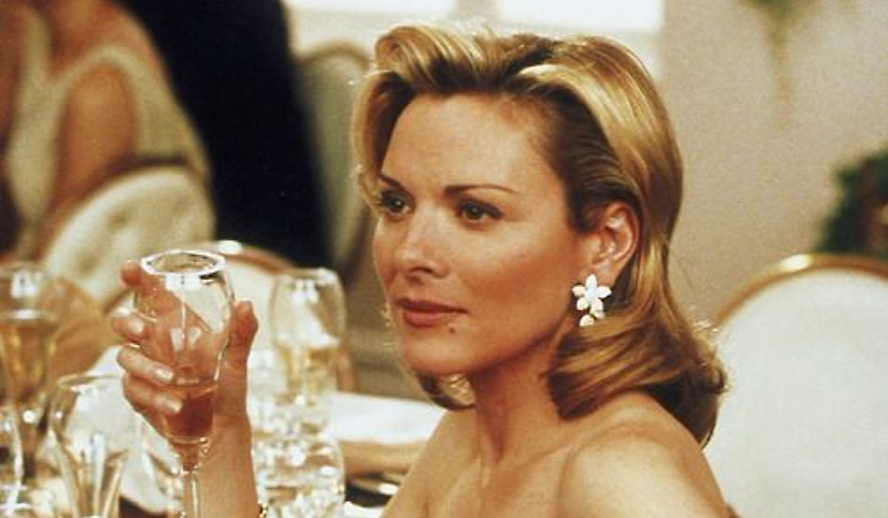 Photo: ‘Sex and the City’

‘Sex and the City’ was a favorite amongst women after its release in 1998. The show was (emphasis in was) considered the perfect epitome of modern feminists for its viewers. It was a relationship/fashion-journal series that explored sexuality in an honest form from a women’s perspective. ‘Sex and the City was a type of show that has never been done before. The series relevancy and originality put ‘Sex and the City’ in the spotlight for various Emmy Awards nominations and eight Golden Globe wins. The series became an accolade of rewards after the first season, from 1999 until its last season in 2004.

‘Sex and the City’ fans were still craving more even after six years, and four years after its last episode, the series was turned into a film. The film was a commercial success, and it paved the way for its second film in 2010.

Two films and eleven years later, Sarah Jessica Parker realized she was not done with Carrie Bradshaw’s life, and she decided to executive produce a limited series reboot with HBO called ‘And Just Like That.’ News about the new ‘Sex and the City’ reboot doesn’t seem to cease. Several controversies have been following the news of the reboot since it was announced back in January because, as I said, it was considered a feminist bible but in the new woke era, the show seems far from woke. Many critiques focus on the lack of diversity that is highly obvious in the show, there are slight hints of homophobia, and many believe the show to be culturally outdated. There is a good deal of news regarding the reboot, but just like that, the worst thing that could happen to ‘Sex and the City’ happened, Kim Cattrall who plays Samantha Jones is not a part of the new production.

A missing Samantha Jones stopped the exciting factor for this reboot because, for me, Samantha Jones was the sex inside the city. Samantha Jones was the ultimate sex liberated woman who gave no mind to what anyone else thought. Her philosophy in life was a perfect example of how I wanted to live my life, not caring about anyone’s opinions and doing as I please. It’s not like she had a perfect life; Samantha did have her humiliating moments, and as a pre-teen, I wished never to have to endure moments like those as a grown woman.

But I always wanted to be more of a Samantha Jones than a Carrie Bradshaw (okay, maybe I want the part of Carrie where she is a successful writer and receives free haute couture randomly) because I cannot emphasize enough how much Mr. Big’s and Carrie’s relationship infuriates me. Big is the epitome of an awful man-child, carrying thousands of red flags. And I’m not even going to mention Carrie’s role in this relationship; it is exhausting even to try to analyze. But when it comes to the characters in ‘Sex and the City,’ Samantha Jones is the one that has left an iconic and badass footprint for many modern women to follow.

Samantha Jones was not only a PR boss, but she never caved in into people’s judgment or ideas of who she was supposed to be. Her honesty and pure openness with sex made for a sort of role model needed at the time. I believe many women want to be more of a Samantha Jones because of her approach to life than the other characters. And after the news of her absence in this new reboot, there needs to be a digital cocktail party, where we honor the ultimate sex goddess and say goodbye to the queen of unfiltered badassery with a cosmopolitan in hand as we commemorate her best moments.

When She Always Has Her Friends Back

Samantha puts herself first when it comes to men, but she is always there for her friends. In season one, Charlotte and Samantha attend a New York City Socialite’s, Laney, baby shower. Their pregnant friend reveals that she is naming her baby “Shayla,” which turns out to be Charlotte’s secret dream baby name. Charlotte is furious and tells Samantha about it. When Samantha hears the news, she does not hesitate to call the pregnant lady out and proceeds to leave the baby shower with Charlotte.

When She Stood Up For Herself (Which Was All The Time)

There are many moments during the six seasons where Samantha stands up for herself, but one moment that resonates significantly with her character is in season five. After Samantha gets caught by Carrie giving the delivery man a blow job, Samantha feels incredibly judged by her best friend. The whole episode feels like Samantha has to crawl back and hide from Carrie because of the uncomfortable encounter, but Samantha is one to realize when she is not honest with herself quickly. Samantha meets up with Carrie to let her know what’s on her mind. She walks up to Carrie and says, “I will not be judged by you or society! I will wear whatever or blow whomever I want as long as I can breathe– and kneel,” Dumping Carrie’s judgments in the trash, once and for all.

When She Put Richard in His Place

In season four, Samantha wants a job with hotel tycoon Richard Wright, but when he refused to give her the job, although she is the best candidate for it. Samantha does not wait to give him her two cents.

After Richard rejects her, Samantha looks sternly into his arrogant eyes and says, “If I was a guy, you would’ve shaken my hand, bought me a scotch, and given me a key to an office. It’s amazing how a man with such innovative vision can be short-sided.” Leaving Richard with his mouth quite open.

Samantha’s relationship with Richard evolved into something a bit more serious. Samantha becomes paranoid and believes Richard to be cheating on her because he had once done it. When Samantha believes he is cheating on her again, she runs up eleven flights of stairs in hopes of catching Richard having Sex with another woman. But to Samantha’s surprise, when she reached the hotel room, Richard was completely alone, sitting quietly on the phone. Samantha quickly realizes the type of woman she was becoming, one that was utterly obsessed with Richards’s doings, or rather wrongdoings. She decided it was time to let their relationship go and tells Richard the most quotable Samantha Jones line, “I love you too, Richard. But I love me more.”

When She Set The Girls Straight With Their Biphobia

Samantha Jones is the character that is considered to be the most hypersexual of the four. She has referred to herself as a “try-sexual,” meaning she will try anything once. In season three, Carrie dates a bisexual man, Mark. All the girls have lots to say. Carrie, Charlotte, and Miranda feel iffy about the whole subject. The three girls don’t know what to think of Mark. Samantha, on the other hand, disagrees with her friend’s thoughts about bisexuality. She asks them to stop “worrying about the labels” and appreciate the openness of bisexuality. This sort of talk was quite woke for the time, remember it was the start of the millennia.

When She Brought The Girls Back to Reality

When ‘Sex and The City was released in 1998, audiences did not know what to expect of Carrie Bradshaw, Samantha Jones, Miranda Hobbes, and Charlotte York. The girls meet up for brunch, lunch, and dinner, where they typically discuss their relationships with men. In the first episode ever, when Carrie and the girls are talking about Mr. Right, Samantha talks sense into the girls, saying, “Listen to me. The right guy is an illusion. Start living your lives.”

It is hard to imagine how the new series will take place without Samantha, as I said, she was the sex in the city. Samantha Jones remains to be the most quotable character in the show, and we will remember her even after she is gone. With the Samantha Jones philosophy of life, we will welcome the new reboot with open legs, Oops, I mean, arms, and hope for a more diverse world. We will wait for these New Yorkers to make us wonder about our relationships once more.