‘Freddie Mercury: The Final Act’: Proud But Heartbreaking Outro for Queen and One of the Greatest Performers Ever 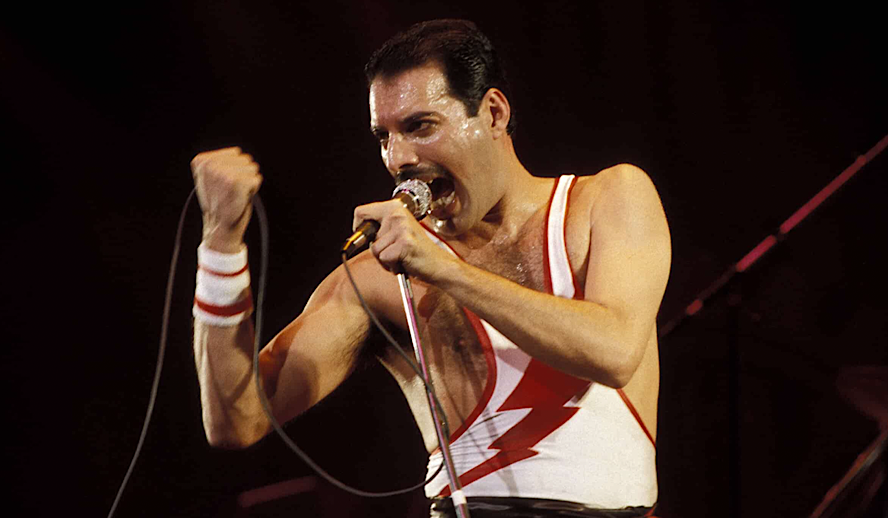 Landing on The CW, this documentary was honestly a bumpy ride for me. It was a great documentary, very insightful, and full of clips and recordings of some of my favorite artists of the ‘70s and ‘80s. However, it was also a bit of a downer. I guess I should have expected this from a doc titled, “The Final Act,” but I guess I figured since it was Queen and my dear Freddie Mercury, how could it not be an adrenaline-pumping power ballad? And, I must admit, at parts, it still indeed was. Not only did we get to hear excerpts and performances of the entire band of Queen, but I was also ecstatic to see and hear the likes of Elton John, David Bowie, George Michael, and Def Leppard.

It was also incredibly refreshing to get to see these artists as they were, as themselves, what with the saturation in recent years of the market with the biopic movie. Just a few years ago, in 2018, we had the Queen film, ‘Bohemian Rhapsody,’ starring Rami Malek as Freddie Mercury, Ben Hardy as Roger Taylor, Joseph Mazzello as John Deacon, and Gwilym Lee as Brian May, which was more grounded and not as fantastical as the following Elton John biopic, 2019’s ‘Rocketman.’ And while both of those films were great, and each brought something new to the performer and their legacies, ‘Freddie Mercury: The Final Act’ promised to stray even further from fiction, back towards reality, as a documentary piece about the band’s final stretch before Freddie’s passing in 1991.

‘Freddie Mercury: The Final Act’ – The Legend, the Myth, Was Still a Man

Freddie Mercury died on November 24th, 1991. This was twenty-one years after the band, Queen, had been formed, by members Brian May, Roger Taylor, John Deacon, and Mercury. Freddie was born in 1946 in Zanzibar and came into this world, Farrokh Bulsara. However, with the culture of the time, and seeking to adopt a catchy stage name, he later became the one and forever only, Freddie Mercury, a name that cuts through space and time as viscerally as his vocals continue to. The band and their music have held a special place within me for as long as I can remember. But, I won’t ever get the chance to get to see this hero in person, as I have with Sir Elton John. Despite his fame and his success, his larger-than-life performance, and energy, Freddie Mercury was still a man, and men die. Aged just 45, he succumbed to bronchial pneumonia as a result of complications of AIDS.

Today, there are three surviving members of Queen, though only Brian May and Roger Taylor are featured in the doc via talking-head interviews, as John Deacon has resigned from life in the public eye, said to have taken Freddie’s death particularly hard. Roger Taylor has also described him as a “sociopath.” However, at no point does Freddie feel absent from the documentary, honestly more present than John Deacon, himself is. His influence, vocals, and image are all threaded and clear throughout. Queen (meaning Brian May and Roger Taylor) still tour, performing with Adam Lambert, but they do admit in this piece, that with Freddie’s death, the band really did end there, with their front man.

As mentioned, Freddie died from complications of the disease HIV/AIDS. As we slowly crawl our way towards the end of the COVID-19 era, it is interesting to also take a look back at the AIDS pandemic, which (in the U.S.) was also spearheaded by one, Dr. Anthony Fauci. Honestly, there are a lot of critiques to be made as to how the health crisis was handled then, with some doctors, such as Dr. Drew Pinsky, saying that dangers were perhaps vastly overstated and exaggerated as a means of prevention. This likely led to contributing to further stigmatization of the LGBTQ+ community in the 1980s. Furthermore, the disease was not yet as fully understood as it is now. In ‘Freddie Mercury: The Final Act,’ it is actually stated that Freddie and others like him were just a few years too early for the breakthroughs in treatments that could have extended their lives.

Now, there have been immense medical advancements when it comes to HIV/AIDS, with lifesaving treatments and preventative measures that – if taken early enough – can even prevent spreading it to others through sexual intercourse. And, there have recently even been some rare cases of patients being cured completely of their HIV. A New York woman and her doctors claim to have been HIV-free for four years. In the documentary’s closing moments, it states that an estimated 36 million people were killed by the AIDS pandemic, Freddie Mercury among them. Elton John, a friend of Freddie Mercury’s and also present in the doc, established the Elton John AIDS Foundation a year after Freddie’s death, which is a nonprofit dedicated to HIV prevention, care, and education. The link to donate is here:

An Ode to An Era

As I mentioned, I am a fan of all things ‘70s and ‘80s. Queen, Elton John, George Michael, Prince, Cyndi Lauper, I love them all. Included in this documentary, is the Freddie Mercury Tribute Concert, held in 1992 at Wembley Stadium. It was put on by Roger Taylor as a sort of memorial, a performative goodbye to his friend and bandmate, and he pulled everyone he could, gathering as many big stars as possible for the experience. In attendance were Elton John, David Bowie, George Michael, Metallica, Def Leppard, Guns N’ Roses, Lisa Stansfield, and more iconic artists. For me, it was electrifying, seeing all of my icons standing around each other in celebration of yet another of my heroes. But, it was also bittersweet, as many of those same icons have since passed. David Bowie, George Michael, and Freddie Mercury are no longer with us, and even my dear Elton is currently on his farewell tour.

Both the concert and the documentary seemed to culminate with Elton John and Axl Rose singing “Bohemian Rhapsody,” Liza Minnelli and the entire audience singing “We Are the Champions,” and George Michael letting out a resounding rendition of “Somebody to Love.” George Michael’s performance was particularly awe-inspiring and gut-wrenching, as he almost seemed to channel Freddie Mercury. In the doc, it is also revealed that George, at the time, had been dealing with the knowledge of a lover of his contracting HIV/AIDS. The electric performances and the guitar solo playing over the following credits really kind of stung, as this felt like a resounding outro for an ode to a man, a band, and an era.