Greatest Rockumentaries That Could Refine Your Taste in Music 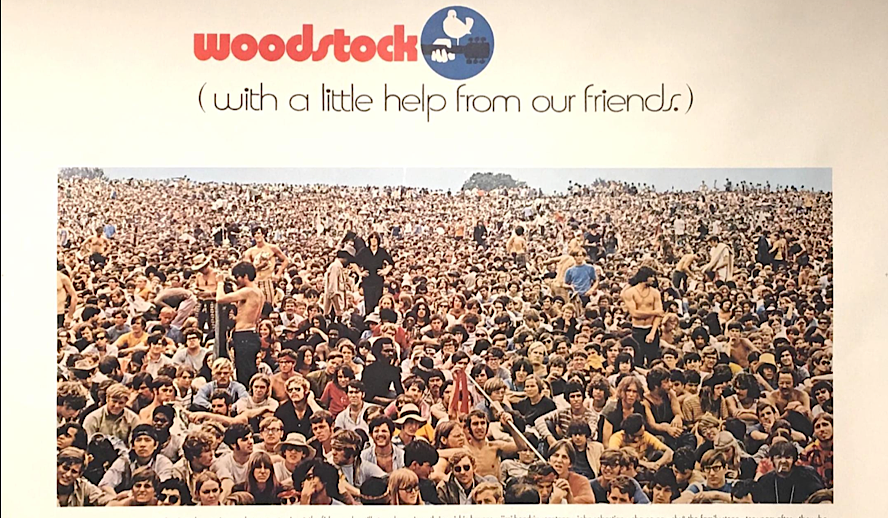 Rock music is one of the most important forms of music to arise in world culture. From its very inception, rock’s main significance as a medium lay in its special relationship with the values and strivings of the young. For over forty years, rock music has been responsible for forming the social construct and behavior patterns for whole generations of different nations worldwide, and it still plays that role in today’s world culture. Accordingly, over the span of half a century, many film adaptations have emerged that reflect on the music, as well as the social movements and values raging behind it. Let’s now take a look to some of the most exceptional “rockumentaries” that offer us a unique insight into the crucial events, people, values, and trends of their time:

There is hardly anything substantially novel left to be said about this Oscar-winning masterpiece. Besides being one of the most crucial DVDs in the history of concert/festival videography, ‘Woodstock’ does exactly what a great documentary should do – it captures an important moment in history without any unnecessary commentary. No film or movie has ever given us such distinct insight into the wildness of the late 1960’s, as we witness half a million people gathered together for a festival that named a generation. And you are introduced to the viewpoints of basically everyone who was involved in it – hippies, musicians, promoters, policemen, random people from settlements around the location – as well as what they have to say about the event, the impact of which was inconceivable to anyone present at the time.

Fifty years after Woodstock, major music festivals all around the world have spent millions in fruitless attempts to recreate its glory, and this 1970 documentary shows you every detail of why that is virtually impossible to accomplish.

If ‘Woodstock’ is a documentary about hundreds of thousands of people uniting in the name of peace, love, and music, ‘Gimme Shelter’ is its ugly brother depicting what can rightfully be named as the end of a decade’s illusions of a life in America free of animus and divide.

In 1969 a free concert, headlined by The Rolling Stones was held at the Altamont Speedway in California. Security for the show was provided by the Hell’s Angels, armed with pool cues and knives in order to do the job. As you observe the show progressing, you see the crowd getting more and more restless and violent and the overall mood getting uglier with every song performed. Three hundred thousand hippies under the supervision of drunk Hell’s Angels security proved to have been an ominous brew and led to massive violence and chaos resulting in the death of one person, with all that mayhem culminating during the Stones’ performance of ‘Sympathy for the Devil.’ Every moment of the tragedy is captured on camera and showed in the documentary, as it marked the ruin of the fairy-like dream of the Woodstock era in less than half a year after it took place in the East.

Dubbed as “one of the funniest movies ever made” by Roger Ebert, Rob Reiner’s film made just as big an impact on the genre of rock documentaries as Monty Python’s ‘Life of Brian’ made on Christian films – it satirized the glorification of rock bands and their pretentious behavior forever, to the extent that even today’s rockumentary directors have to take caution in order to avoid over-idolizing their characters and thus making fun of themselves and their work. ‘This is Spinal Tap’ quickly amassed a cult following and basically launched a new genre of “the mockumentary” that soon found its own way in the history of comedy, and the most recent example of ‘Gentle & Soft: The Blue Jeans Committee’, written by Fred Armisen, Bill Hader, and Erik Kenward, proves that people still laugh their heart out while watching those parodies, thirty years after Rob Reiner’s film.

‘This is Spinal Tap’ is hilarious to musicians as well as non-musicians, but especially to those who have witnessed what really happens backstage with many A-class shows and musicians, and what those “brainstorming” and “creative” sessions really look like. I’m definitely one of those people and trust me, even in today’s live music industry, the spirit of ‘The Spinal Tap’ is very much alive.

In music documentaries, the exhausting and tedious process of going on tour is often masked with glamour and limelight and that’s where this 1998 film excels in honesty. As if Radiohead’s music was not depressive enough by itself, we are introduced to the constant neurotic tension of being a true rock star as we observe the amount of work most of those artists have to put in in order to maintain the façade. The endless routine of concerts, photoshoots, meet & greets, and answering the same stupid questions over and over again gradually takes its toll on the band members and their mental fortitude. A must-see for anyone who enjoys the band’s music and their personalities, as well as a great reality check for many aspiring artists who get a sneak peek at what fame can look like.

‘Anvil: The Story of Anvil’ is simply the most heartbreaking rockumentary ever made. It’s about two fifty-something Canadian metal rockers refusing to give up their dream of making it big, and while often their efforts to do so and the situations they find themselves in are undoubtedly comical, the bitter reality of their everyday lives and the crash after every failed attempt to chase their stardom is not something you will want to laugh at. The struggle of the band and the perseverance they show in the face of the industry machine that (much like their own families and friends) continues to ignore them because of their age is unabashedly human and will definitely touch the heart of many even non-metal fans.

As for the people involved in the entertainment scene – I have yet to meet a musician who has watched the film and hasn’t cried over the misfortunes of Lips and Robb, because everyone even remotely involved in performing music will instantly recognize that Quixotic paradigm of talent and expectations, and it’s impossible not to get emotional while witnessing this fable of friendship, dreams, and resilience come to life.

The case of James Murphy, the frontman of LCD Soundsystem, is an important deviation from the standard Veni Vidi Vici template of the career of a leader of a famous band in modern days. He founded LCD Soundsystem when he was well over thirty, after dropping out of NYU at 22 and also refusing a writing job for the sitcom ‘Seinfeld’ (as he did not expect the show to become successful, given that it was little-known at the time). In his own words, he has been a complete failure for fifteen years. Nowadays, he is always very forthcoming about sharing what it means to fail in life and how to deal with it – not a very common topic for a rock/dance music star.

On April 2nd, 2011, LCD Soundsystem played what was thought to have been its final show at Madison Square Garden at the time. James Murphy had made the conscious decision to disband one of the most celebrated and influential bands of its generation at the peak of its popularity, ensuring that the band would go out on top with the biggest and most ambitious concert of its career. The show instantly sold out and the rockumentary provides a unique perspective on what it felt like to be both in the crowd and on the stage that night, the events of which were labelled as “a marvel of pure craft” by the New York magazine.