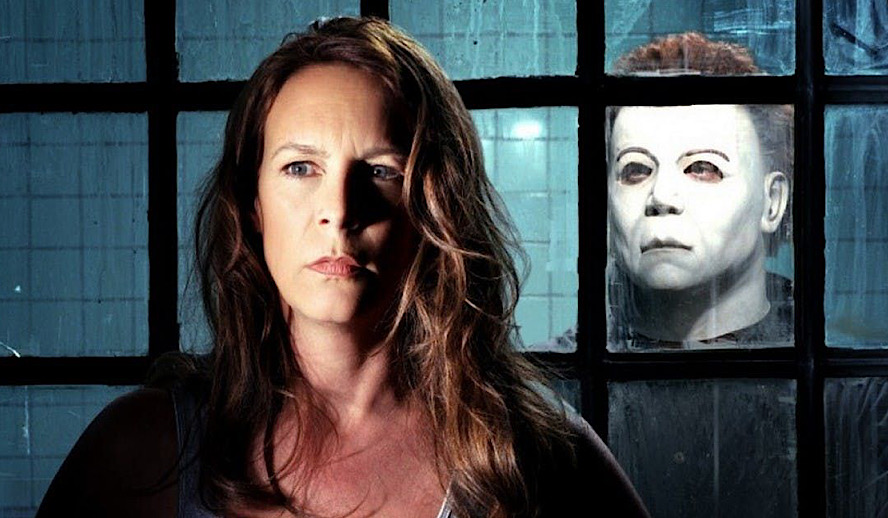 These characters have earned a spot among the greats for multiple reasons: their grit, attitude, and sheer survival instinct. Let’s take a look into what kept these girls alive until the bitter end.

When we imagine the final girl, we imagine Laurie Strode in all of her bookish glory. Contrasting the sinful tenacity of her fellow high schoolers, Strode personifies all of the quintessential qualities of the lasting scream queen: studious, straight-laced, and unfortunately related to the town’s ruthless serial killer. When Michael Myers, the infinitely unrelatable maniac of Haddonfield escapes from Smith’s Grove sanitarium, he goes on the slowest, most terrifying rampage of all time in search of his sister, Laurie.

Jamie Lee Curtis is the absolute blueprint, maybe second only to her mother, Janet Leigh, who is forever immortalized in Alfred Hitchcock’s masterpiece, ‘Psycho’. With the qualities of a final girl coursing through her veins, Strode is more than deserving as the paramount figurehead of a final girl. I’m more than looking forward to seeing Curtis reprise this role in the new ‘Halloween’ installment, ‘Halloween Kills’ this October.

The 1984 horror film ‘A Nightmare on Elm Street’ features much more than the titular, quotable killer Freddy Krueger and the screen debut of the legendary Johnny Depp, rather, it includes a scream queen with grit.  Don’t get me wrong, all of these characters are tough; that’s why they are final girls in the first place. But Nancy Thompson, played by Heather Langenkamp, radiates their most commendable characteristics. Inquisitive, kind, and determined to save her community and loved ones from Krueger’s sick, sorry vengeance.

After Nancy’s best friend, Tina, is terrorized and murdered seemingly in her sleep, Nancy is visited in her dreams by the scarred, begloved villain Freddy Krueger. Her quick thinking keeps her consistently escaping his nocturnal grip, but a person can only stay awake for so long.  As time slips between her finger and bedtime creeps ever closer, Nancy embarks on what might be the worst all-nighter of all time.

‘Scream’ was a film that commented on the horror genre whilst dancing around in its’ skin like a costume. Sydney Prescott, played by Neve Campbell, oozes with the archetypal chastity of a final girl from the very first scene. In true final-girl fashion, Prescott is irrevocably connected to the crime seeing as the last gruesome victim was her late mother. Only a year out from this tragedy and the assumed arrest of the killer, a new slasher is hacking his way through their small town, and this time, he’s starting with high-school students.

Her sensitivity is ever-palpable, despite the way these shocking crimes have forced her to harden. She’s raw from the closeness of these horrors,  and it primes her for the instinct that ultimately saves her at the end of the film. She’s the perfect representation of the girl who spends her life thinly escaping death, and as such, becomes nearly as invincible as the ‘Ghostface’ killer himself. Poor Sydney Prescott, it’s all just so meta.

‘Scream’ dared to take ownership of the tropes and cliches that defined the preceding decades: the nice-guy boyfriend, the bimbo bestie, the resident jerk guy friend, the nerd, the dim-witted cop, and that’s only the characters. Scream oozes with self-awareness, but Prescott still manages that lightness and sensitivity that so quickly endears you to her, as is archetypal of the final girl.

Kirsty Cotton of ‘Hellraiser’ is consistently snubbed in household conversations about legendary figures of horror, but the ‘Hellraiser’ series would never have proceeded without her role in the very first. Kirsty – played by Ashley Laurence – is the teenage daughter and step-daughter of Larry and Julia Cotton, respectively. Much more notably, she’s the niece of the unfortunate Frank Cotton. Frank is a hedonistic freak who, in pursuit of ultimate pleasures, unintentionally unleashes his own soul into the dimension of the sadomasochistic Cenobites. After being seduced by Frank, Julia begins the gruesome ritual required in order to bring him back from hell: flesh sacrifice When. Kirsty – young, subdued, and intelligent – catches Julia leading her sheep to slaughter, she investigates, assuming her step-mother is engaged in an affair. But what looks like adultery turns out to be far more debaucherous, in keeping with the blood-soaked desires of Pinhead and his fellow demons.

As the only final girl to face off against these priests of hell multiple times over and make it back, I’d say she’s more than fitting for the iconic final girl roster, and deserves even more reverence at that.

After careful consideration, I’ve decided that Emily Perkins deserves to be an honorable mention on this list. With multiple horror films like ‘Ginger Snaps’ and Stephen King’s original  ‘It’ under her belt, Perkins is the outlier not only in time period but in her overall persona. Oft-snubbed in discussions of iconic horror ladies, Perkins can spar with the best of them, becoming a final girl as she tries to save the life of her changing sister.

In ‘Ginger Snaps’, Katherine Isabelle plays Ginger, the older and bolder half of macabre Fitzgerald sisters, completed by the younger, more demure Briggite, played by Emily Perkins. One fateful night, Ginger is attacked by something distinctly.. lycanthropic. Following this, as Ginger morphs from human to werewolf, she becomes a walking allegory for the arguably more terrifying shift from girl to woman in all of its body-horrific glory.

All in all, we have final girls to thank for the tied-up end of our horrific stories, as tragic as some of them may be. In watching these films, and these women, we learn what it means to survive.