Final Girl Trope: The Girl Boss-ification Of Horror Movies Not As Feminist As Male Directors Think It Is 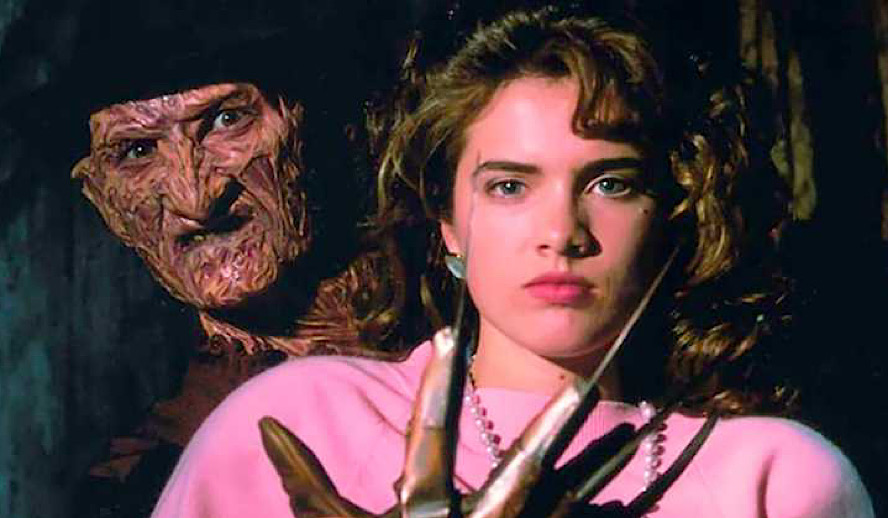 With October right around the corner, one thing always comes to mind: Halloween. Halloween is a time of spooky stories, candy, and costumes. It’s possibly the best time of the year, and people are looking for the best scary movie to fit the mood. To that end, there’s an important trend to be aware of while watching your next horror movie.

In slasher films, it’s not uncommon for the last person standing to be a woman. She is often the one forced to confront the killer in a bloody showdown since she is the last of her friends or family left standing. It’s so common in fact, that there’s actually a name for this phenomenon. It’s called “The Final Girl” trope, and it was first discussed in 1987 by film scholar Carol J. Clover in her essay “Her Body, Himself: Gender In The Slasher Film” from her book “Men, Women and Chain Saws”. Since then, the trope has prevailed in several different films, most recently with Deena Johnson in the Netflix trilogy ‘Fear Street’, and doesn’t seem to be stopping any time soon. While on the surface, the trope appears to be feminist, there are several things working against it. Does the Final Girl do more harm than good?

The Final Girl Trope: Who Is She?

If you’re a fan of slasher movies, new and old alike, you have seen the Final Girl in action.

Laurie in ‘Halloween’, Alice in ‘Friday The 13th’, Ripley in ‘Alien’, Nancy in ‘Nightmare On Elm Street’, Sidney in ‘Scream’ are all classic examples of her. There are more recent versions as well, such as Erin in 2011’s ‘You’re Next’, Jay in ‘It Follows’, Grace in ‘Ready or Not’, or Dani in ‘Midsommar’.

The distressed damsel is the sole survivor of her group, at first passively waiting for a man (usually police) to rescue them but eventually evolving into an active fighter; conquering the killer. The Final Girl is clearly distinguished from her friends and has several notable traits. On a superficial level, the Final Girl has consistent traits. She is a straight, white, cis-gendered woman with a unisex name and typically a brunette. She is often presented as intelligent, more so than any of her friends, practical and alert, frequently sexually reluctant/ repressed, and often shies away from alcohol, drugs, or other activities that deem her “morally superior” to her friends. According to Clover, this goes back to Freudian psychology. While this character abstains from sex, her engagement of repressed fears and desires reenact themselves in the conflict surrounding those feelings.

Her friends, who aren’t as pure as her, are killed off violently. She is considered the gold standard, and it is communicated subconsciously to the audience that her purity is the reason she lives. When looking at this idea with a critical lens, the trope began in the 1970s, right around the women’s liberation movement in which female autonomy and sexual expression was celebrated and explored. In her opinion article, Grace Pullman writes, “Feeling threatened, horror giants in Hollywood began killing and torturing fictional facsimiles of the liberated woman, depicting her as amoral, inferior and vapid. They punished her with a painful, sensational death, playing out these scenarios over and over again on the silver screen.”

Horror appeals to the emerging identities of its frequently adolescent spectators, and viewing females being violently killed acts as a display of masochism, a sadistic pleasure in the act of watching the horror unfold. Genres function as a cultural problem solver attempting to address problems within a society. In this case, horror films having one virgin survive depicts the importance of purity put onto women, especially young women, and are created by and for the male gaze. Pullman writes, “They created the idealized prototype of the Final Girl and rewarded her obedience, her purity, by sparing her life. As if to say to the women in the audience, “This is your only hope for survival.” As if to say, this is how you must behave or you’ll die. We’ll kill you.”

If Horror Is Created For Men, Why The Final Girl?

Since horror movies (alongside the other body genres) are often crafted under and created for the male gaze, then why have a female protagonist as the one to meet the killer? Well, for one thing, the Final Girl often has both masculine and feminine qualities to her. She has a unisex name (Max, Dani, Sidney, Jay), she has qualities that are admirable to men such as intelligence and practicality, but she is still conventionally attractive and demure. According to Clover, gender displacement can provide an identification buffer for its audience. It allows adolescent men to explore taboo subjects while never feeling too directly connected to its protagonist.

The Final Girl acts as an agreeable surrogate for audiences: she is feminine enough to show fear without judgment, but masculine enough to maintain structures of male competence. According to Film School Rejects, “It’s true that disproportionally women are vessels for much of the world’s violence. But the expectation that victimhood is a singularly feminine burden exposes a less empathetic angle. Namely, that audiences will not identify with men in similar peril. That a virginal man cowering in a closet fumbling tearfully with a defensive coat hanger just isn’t someone audiences can root for.” It’s not just that the Final Girl is the last one to stand victorious against the killer, first she must be victimized and watch as her friends or family are killed off one-by-one.

While in theory, the Final Girl acts like a badass protagonist, in reality, this character can quite easily slip into a misogynistic misrepresentation of femininity. There are expectations that this character is morally superior to her peers, but able to act out fear without judgment, unlike a man. The notions of what makes a “good girl” are played out within this trope. As the film industry becomes more diverse, it will be interesting to see what female/non-binary/ directors and writers do with this trope. Hopefully, the Final Girl can become an actual feminist icon, one that is wholly human and not just an object for the male gaze.