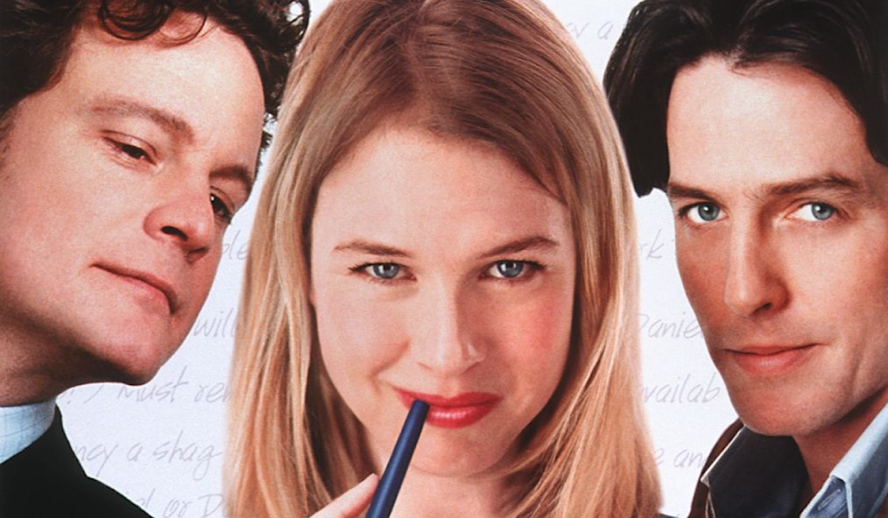 Slap me if you will, but when I feel a bit off, I tend to go on a marathon of my favorite romantic comedies to lift my mood. I cannot tell you the number of times I’ve seen Kate Hudson pretend to be the “antithesis” of what a man wants in order to get him to run away. I mean, apparently, the only way, according to these 2000s movies, to get a guy (if you even want one) is to drink beer and let the man walk all over you without even flinching. Regardless of the subliminal messages meant to brainwash us all, I am still a sucker for them. And so, I was feeling a bit down and decided to rewatch ‘Bridget Jones Diary.’ I realized then it’s been over ten years since I’ve actually watched the movie, and to my surprise, I found myself gasping by the incredible amount of sexism and misogyny that was transpiring in front of me.

In the opening scene, Bridget Jones’s character embarks on a determined journey to get her life “back on track,” which means she will “number one: obviously, lose twenty pounds. Number two: equally important, find a sensible boyfriend” and number there and four, “stop smoking, drinking, find inner poise” and a few other things. Jones did not decide to go on this, let’s call it, cleanse, all by herself. The reason (and the reason all of my tiny imaginary feminist gnomes punched my insides) was that she had felt the need to change who she was because of the judgmental words that came out of Mark Darcy’s (Colin Firth) mouth. Afraid to end up “fat and alone,” Jones decides to stop living her life according to her standards and begin to live her life according to her man or future man standards. The story continues towards a toxic office environment, where Bridget Jones’s extremely powerful boss (played by Hugh Grant) literally harasses her, but she, uh, likes it?

From Newspaper Column To The Big Screen

‘Bridget Jones Diary’ had its beginnings in 1995 in a British newspaper called The Independent. Helen Fielding would publish a weekly column where the life of a fictitious thirty-something woman in London was being chronicled. The column was about love, relationships, and the overall experience of being a woman. The column had such a success that it became a book by the following year. According to Fielding, her story was loosely based on the acclaimed novel by Jane Austen’s ‘Pride and Prejudice.’ Hence, the character Mr. Darcy. Fielding’s book became like a bible for the thirty-something British women, as the premise is said to be a complete satire of what it is like to be a woman in a misogynistic world. But then, did the original idea of Fielding’s book transpire into the film?

The movie has its cute quirks, and it does have moments of relatable laughter. I would also walk out in the middle of winter wearing only but my knickers to be hugged romantically under the snow, or have way too many glasses of wine at a family event. But even after twenty-five years (mind you, 2021 was Bridget Jones’s 25th anniversary), there are several articles where the discussion is being had, is ‘Bridget Jones Diary’ feminist, or is it completely anti-feminist? Many of the articles written totally defend the film. Even an article for Glamour Magazine states the film is neither, nor, but I disagree. It is much of one or the other; there’s no in-between. ‘Bridget Jones Diary’ carries the awful sexism of the 90s, and its premise is misogynistic in nature.

For one, the male characters are often arrogant and completely condescending towards Bridget Jones, and despite it, Bridget still finds them wholly attractive. Then comes Bridget’s relationship with her own body. The obvious insecurity that is laid on Jones because of her size is unnerving. Let’s point out that at the time of ‘Bridget Jones Diary’ release, the marketing approach was to talk about Rénee Zellwegger’s weight gain for the role instead of her incredible acting skills. I believe an important magazine called her thighs “massively dimpled,” and her buttocks were called as “stately as a sinking galleon.” Zellweger went on to be nominated for an Academy Award for best actress in a leading role.

But “let’s not talk about that, let’s focus on her weight,” said 2001. Bridget Jones is frequently depicted as this insecure woman who feels threatened by the idea of any other woman who might come and snatch up her man. I felt utterly offended by the fact that she had a career and worried more about Mark Darcy’s whereabouts than her future. No wonder men are utterly obsessed with themselves! They do believe women spend their time worrying about what they do. Now, I think all of my ex-boyfriends watch these types of movies more than I do.

We Are All Perfect Just The Way We Are… Thanks, But We Already Knew That

Although I agree, the late 90s was a completely different time. It is still pretty concerning that many of us, who are now in our mid-to-late-twenties, grew up watching these crazy ideas about what a woman should or shouldn’t be. The experience of being a woman should not be something to laugh at but an experience to be laughing with. We should not pair up to compare who has longer legs, slimmer thighs, and we should not be waiting for a random dude to tell us that we are perfect “just the way we are.” It might’ve taken us twenty-five years or a bit longer, but thankfully, we figured that one out on our own.