‘Star Wars: The Rise of Skywalker’ – The Success Of The Franchise & Its Impact On Culture Globally 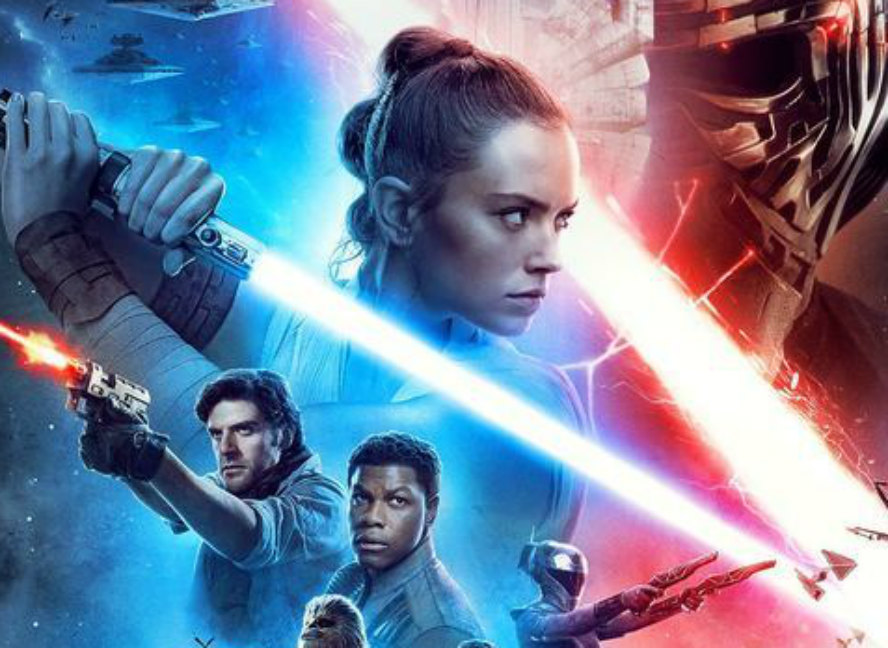 A long time ago in a galaxy far, far away, 1977 to be precise, Star Wars emerged from the nebulas. The film followed a narrative of humans and droids living together in disharmony. Using a hyperdrive malfunction to transport themselves between planets, emitting “the Force”, and battling superhuman entities with lightsabers was commonplace. In the 42 years since it’s release, the original film has spawned a franchise that has permeated pop culture with an extensive catalog- ten films and an extensive catalog of media and merchandise. George Lucas, the creator of the Star Wars franchise, sold Lucasfilm to The Walt Disney Company in 2012 for four billion dollars. Lucas’ earnings from his interstellar phenomenon was two-fold, raking in two billion in cash and two billion dollars in Disney stock. Since Disney snagged the Star Wars empire in 2012, three sequels in the original series have been released (as of December 20, 2019), accompanied by two anthologies. Rogue One: A Star WarsStory (2016) and Solo: A Star Wars Story (2018) were released as standalone films. While Rogue One received critical acclaim, Solo opened to mixed reviews and underwhelmed moviegoers. Is this shortcoming an indication of declining interest in the Star Wars franchise, or will The Rise of Skywalker shatter box office records and serve as a noble farewell to the Skywalker Saga?

End of an Era

Similar to 2019’s Avengers: Endgame, The Rise of Skywalker is a culmination of a story that began over 40 years ago. Endgame wrapped up the storylines of 22 films, marking the end of the Marvel Cinematic Universe. The film was met with overwhelming praise from fans, grossed nearly $2.8 billion worldwide while breaking numerous box office records, including becoming the highest-grossing film of all time. Can the House of Skywalker dethrone the Avengers and reign supreme as the year’s biggest blockbuster? If presale tickets are indicative of what’s to come, Star Wars has the upper hand. Since the presale tickets went live on Atom Tickets on October 21, 2019, the film sold more tickets in their first hour of availability than the previous record-holder,Avengers: Endgame.Everything’s coming up roses for Disney, as they own both franchises. While they are essentially competing against themselves, the success of the Skywalker swan song will determine the future success of the franchise and its entities as a whole. It is a heavy undertaking to shoulder the responsibility of completing a legacy of this magnitude, but luckily, Disney has the financial and employee resources to accomplish such a feat. J.J. Abrams, who has previously directed Star Wars: The Force Awakens, has taken his second Star Wars under his wing. Fans can be rest assured the direction will be executed justly based on the success of The Force Awakens.

Video: ‘Behind The Scenes’ of ‘Star Wars: The Rise Of Skywalker’/Hollywood Insider YouTube Channel

The original Star Wars trilogy is widely considered one of the best storylines in cinema history. When the film was released, it dominated the box office and sent shockwaves through Hollywood. Star Wars played a role in doubling the stock price of 20th Century Fox during the first three weeks of its theatrical run, and is credited for initiating the resuscitation of the company. The film franchise manages to transcend generations, remaining obscure yet relevant enough to appeal to the masses. It was the first science fiction opera told on such a large scale. Star Wars’ use of computer-generated imagery, or CGI, sparked a fundamental change in the use of technology in filmmaking. Production companies began to invest significantly in the use of GCI, initiating technological advancements in the world of filmmaking and beyond.Outside of the film industry, the holographic video effect associated with Star Wars served as a technological tool for CNN during its 2008 Election Night coverage. Projections of panelists and political news anchors were projected onto a screen, making it appear as if they were present. The Star Wars trilogy and characters are known around the world. Because of their notoriety, teachers often use the plot or characters as a teaching resource. For example, a project in Western Australia helped to develop elementary student’s storytelling skills. The students are tasked with using the characters to tell a story and creating visual props to enhance their performance. This demonstrates the impact of the film franchise on a younger generation. The original target market for the film was adults ages. Through the use of marketing, licensing, and strategic product placement, the Star Wars franchise has adapted storylines to appeal to a younger audience. Based on the success of the products the franchise has inspired, the use of Star Wars imagery on products has grossed more revenue than the actual film itself.

As the world awaits the release of the highly anticipated film, fans are also approaching the debut with melancholy. In the years since its original theatrical debut, fans have been devasted by the death of Carrie Fisher, who brought Princess Leia to life, and Peter Mayhew, the actor who portrayed Chewbacca. Princess Leia will be included in the end of the Skywalker saga through the use of unused footage from previous films. Nostalgia enters our galaxy when Star Wars: The Rise of Skywalker premieres in theaters around the globe on December 20, 2019. For a list of theaters showing the film in your area, visit www.fandango.com.

“The Force is strong with this one.” – Darth Vader