2022 Movies and TV Shows: The Hotly Anticipated Upcoming Releases of the Year 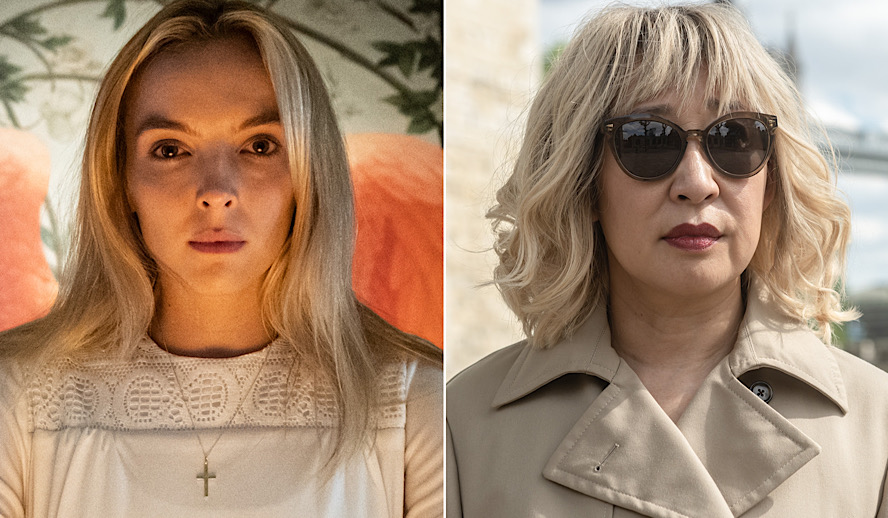 We finally have our first look for the final season of ‘Killing Eve.’ It’s time to bid farewell to Sandra Oh and Jodie Comer with the fourth installment arriving February 27. And for those who find themselves envious of Eve’s fashionable spy outfits, Hunter Boots has got you covered. The brand will be releasing a new collection in collaboration with ‘Killing Eve’ this spring. The boots have the panache you would expect from typical spy boots. The excitement for the final season is growing and we can’t wait to see how the four-season long cat-and-mouse game concludes.

Do you find yourself looking for any excuse to scream “Huzzah!” while smashing your champagne flutes? Now’s your time. The Hulu dramedy ‘The Great,‘ has just been renewed for a third season. Clearly, fans can’t get enough of the ridiculous personalities that inhabit our favorite royal court. ‘The Great’ is everything we could ask for in a very much revised period piece. It’s absurd as it is painstakingly honest. There’s the unconventional romance between toxic spouses who are passionate about plotting against one another. Despite their devious plans for murder, there’s artistic chemistry that radiates between Peter III of Russia (Nicholas Hoult) and Catherine the Great (Elle Fanning). It’s the perfect trope from ruthless enemies to possible lovers. The morally questionable characters have a penchant for violence and yet are incredibly charming, including the live bears and creepy religious leaders roaming the glamorous halls.

Jane Austen fans, rejoice! Another work from one of the most beloved authors comes to life. A film adaptation of ‘Persuasion’ is arriving on Netflix this year. It is the final completed novel by Austen and will be starring Dakota Johnson as our protagonist Anne Elliot, a 27-year-old single woman faced with the chance of finding love while grappling with her family’s bankruptcy. It’s an all too familiar story of a woman shouldering the weight of society’s pressures and expectations. Get it, girl.

Joined by Florence Pugh, Harry Styles takes on his first leading role in ‘Don’t Worry Darling,’ directed by Olivia Wilde. It’s set as a psychological thriller and follows the lives of a 50’s couple taking residence in a utopian and insulated community nestled in California. The dynamics of their marriage are tested to extremes when Styles’ character invites unsavory guests to stay with them. We suspect we’ll see more of Harry Styles this year.

So, it’s safe to say 2022 is the year of Harry Styles. The multi-hyphenate talent will star in another film, ‘The Policeman,’ Based on the novel by Bethan Roberts. Styles will be playing Tom, a police officer working in Brighton during the 1950’s. Why is Harry Styles thriving in the 1950’s? With homosexuality is still illegal at the time, Tom takes on a secret romance with an art curator Patrick (David Dawson), while being married to Marion, played by Emma Corrin. Their relationship fizzles and years later, Patrick, now played by Rupert Everett, finds his way to Tom and Marion in the 90’s. The film is set to release in 2022 in theaters.

Welcome to the ‘90s. The incredible transformations of Lily James and Sebastian Stan went viral when the trailer for ‘Pam & Tommy’ was released. The British star known for ‘Downton Abbey’ and ‘Baby Driver,’ portrays Pamela Anderson amidst personal and professional chaos. The series centers on the events that led to the sex-tape scandal and focuses on how the internet shifted the dynamic of pop culture. The American obsession with celebrities and their personal lives is on full display as we watch Pamela and Tommy have the most intimate parts of their relationship under scrutiny. ‘Pam & Tommy’ is actually based off the 2014 Rolling Stone article, “Pam and Tommy: The Untold Story of the World’s Most Infamous Sex Tape.” The show is now available to binge on Hulu.

Based on that explosive New York magazine profile from 2018, the fake German heiress Anna Sorokin is set to become a household name. Sorokin, under the guise of Anna Delvey, swindled banks and New York’s wealthy under the fable that she was a German heiress with mass amounts of wealth at her fingertips. By posing as an heiress, Delvey had access to famous designers and expensive outings across Manhattan. Julia Garner plays Delvey and revealed that she met with Delvey to nail down that German/Russian accent. With the hopes of starting at an art foundation, Delvey sought to solidify her place among the upper echelons of New York City. However, Delvey was a far cry from whom she claimed to be. Once the New York magazine article was published, Delvey’s artificial world came crumbling down. She changed her address from boutique hotels to the isolated cells of Rikers Island. ‘Inventing Anna,’ the nine-episode limited series arrives on Netflix on February 11.

The Midge is back and she’s not here to hold your hand. The comedian is ready to enter the new decade of the ‘60s with an attitude that’s fearless and unapologetic. She’s a comedian, not your therapist. She’s embracing edgy performances and ready to explore a new side of herself. Amy Palladino’s series takes a considerate look at a female comic rising among the ranks in 1950’s New York City. Harry, where are you? The trailer features a new Midge that seems untethered to the unsolicited judgments of men and authority.

Mrs. Maisel is welcoming the new decade with panache. There also seems to be a possible romance blossoming between Lenny Bruce and Midge. After their trip to Miami last season, we’re ready for it. The new season welcomes Milo Ventimiglia, Jason Alexandra, and Kelly Bishop. If that’s not enough for you, the trailer made sure to bring to attention Tony Shalhoub wearing a cape. The new season of ‘The Marvelous Mrs. Maisel’ premieres on February 18 on Amazon Prime.