‘Val’: A Heartfelt Portrayal of the Actor & Star Val Kilmer 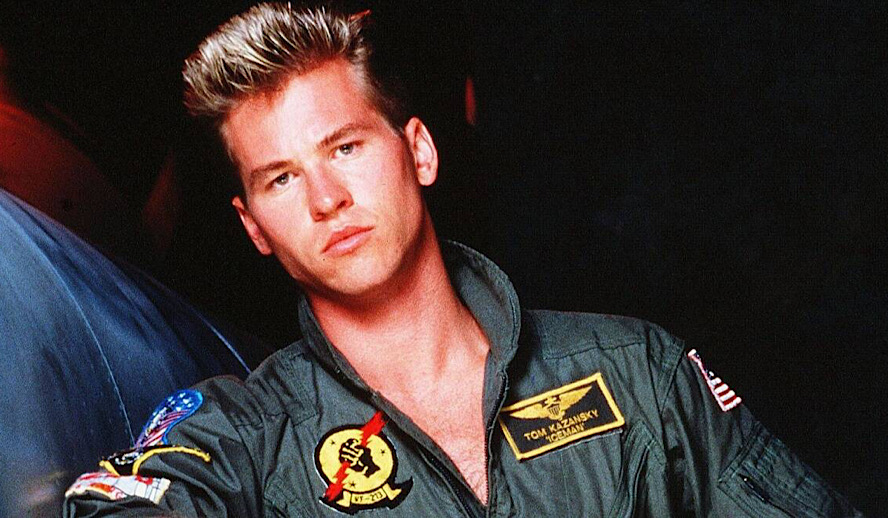 What do you know about Val Kilmer? That he was Batman in Joel Schumacher’s campy ‘Batman Forever’? That he was notoriously hard to work with during the disastrous production of ‘the Island of Dr. Moreau’? Or that he had a two-year battle with throat cancer? You may be familiar with the works of Val Kilmer, an actor who has always considered themselves a “serious actor” despite some silly roles such as in ‘Top Gun’, but you may not be familiar with the life of Val Kilmer. Leo Scott and Ting Poo’s ‘Val’ is a documentary composed of narration and home footage that Val Kilmer shot himself, creating a self-reflective portrait of not only Val Kilmer but for any audience member who identifies as an artist.

‘Val Kilmer’ – The Beauty of Self-Chronicling

We live in the age of self-chronicling, where we chronicle our everyday life with our phones and cameras. Val Kilmer got a head start on this by filming his life since his childhood and into his adult life. The film is primarily made up of these home movies, from the films Val made as a child with his brothers to behind-the-scenes footage Val shot on the set of movies to home audition tapes Val filmed himself. These pieces of footage are some of the most charming parts of the film, from seeing Sean Penn and Kevin Bacon moon Kilmer’s camera to watching Val’s audition tapes for famous movies that he did not get the part for like ‘Goodfellas’ and ‘Full Metal Jacket’.

After beating a two year battle with throat cancer that caused long term effects for Kilmer (Kilmer’s voice is now impaired, the film uses subtitles when he speaks and his son does the film’s voice-over in his place), Kilmer, like many artists faced with hardship, felt more compelled than ever to tell his story. The beauty of Val’s efforts to film his life is that even with a strain in his voice, he is able to share his story and relive his life. Thanks to his home movies, he and the audience are able to see how his life has evolved and how far he has come. This alone creates a heartwarming and even inspirational film, where we can’t help but feel a newfound appreciation for life seeing Val’s dedication and appreciation for his own life.

Val’s home movies also create a hopeful theme of family in the film along with the film’s current footage of Val with his children and ex-wife. With a lot of the footage, we see a side of Val Kilmer that we don’t see too often and that is how close he is with his family. There are old home movies of Val making cheap films with his brothers, current footage of Val spraying silly string at his son, and a whole sequence of Val visiting his alma mater with his son. Heck, his son, Jack, even does the voice of his father, reading the words his father wrote. With the aspect of family in this film, it is easy to see that Val isn’t just recounting his life for us but for his children as well, leaving them with a tangible account of who he is and who their family is. He is leaving them with a personal diary that they will hopefully share one day with their own children as a way for Val’s story to live on forever.

‘Val’ is a raw documentary where Val Kilmer is at his most vulnerable and self-reflective. With Val’s constant discussions of the importance of acting to him, from sharing his intense stories of method acting to his desire for being seen as a “serious actor”, one must wonder how honest Val is, especially looking at the footage shot during the turbulent set of ‘the Island of Dr. Moreau’. Val is a performance artist, even getting more experimental later in life so one must one: Is ‘Val’ an honest portrayal of the actor or performance of how the actor wants to be perceived?

The documentary works as both a personal diary that Val Kilmer is letting the world peek into and as a presentation of how great Val Kilmer is as a performer. Much of the film feels as though it is reminding the audience of who Val Kilmer is now. He is no longer the young man in the photos that he still signs autographs of, he has grown up and is much more complicated than “the guy who played Batman”. While the film feels like a way for Val Kilmer to reclaim the stardom he once had, like how his Mark Twain focused one-man show did before his cancer diagnosis, and thus can be questioned on how reliable the film’s focus is.

The film starts with Jack Kilmer’s voice-over stating that the film is about acting, specifically where the actor ends and the character begins. After viewing the film, remembering this statement can lead to many questions. While Val has all the raw home footage and honest stories, it is all from his perspective after all. How honest is his own perspective of the events of his life? While the events of the film aren’t a performance does Val see his current persona as just a performance? Is there a difference between the titular ‘Val’ and the real Val Kilmer? The film, acting as a personal diary, doesn’t give a clear answer to these raised questions which is probably for the best, leaving the audience wondering if Val is performing and if they too are just performing a desired persona.

Fans of the work of Val Kilmer, from his films of the 80s to his modern performance art, will love the documentary ‘Val’ and its raw portrayal of the captivating figure. Fans of Val Kilmer will also enjoy the film’s use of home footage, getting a kick out of watching Val goof off with other big named stars and out of all his failed audition tapes. Artists of all kinds will also likely feel moved by the film’s portrayal of inspiration and art, how art helps us through the hardest times, how we all may just be living through performance. ‘Val’ is a raw and emotional portrait of not only an actor, but of a human being.

‘Val’ is available to stream on Amazon Prime.