Review: ‘The Ultimate Playlist of Noise’ Reminds Us, in the End, What It Is to Be Alive 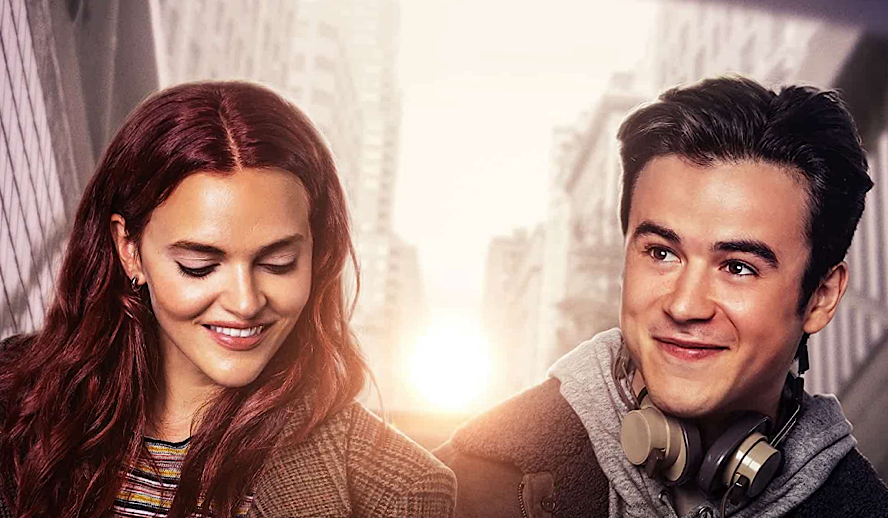 Photo: ‘The Ultimate Playlist of Noise’/Hulu

If you knew you only had one month left to hear the world, what would you do first?

Throughout watching ‘The Ultimate Playlist of Noise’, I tried to answer this question for myself- Dua Lipa’s new album that I’ve been repeating for the past week, my mother telling me that she loves me, cherished videos of concerts, or endless hours of my friends talking about meaningless chatter? As I sit to write this, I’m still not sure that I have my final answer. It’s okay, however, because director Bennett Lasseter and writer Mitchell Winkie have done a far more eloquent job at this almost incomprehensible task by giving us the gift of ‘The Ultimate Playlist of Noise’.

Marcus is a teenaged boy, through and through. He gets berated by his parents, makes passable grades, but most of all: he is obsessed with music. The crowned king of Ultimate Playlists, any student at his school knows to find Marcus if you really want to set the perfect tone for any situation- that is, until the most devastatingly complicated news falls into his lap. Marcus has one month before undergoing life-saving brain surgery to remove a tumor, and with it, his hearing. Determined to do something before he loses all control, he heads out on a cross-country road trip to gather all of the most vital sounds in the human experience.

Having the Serious Conversations With Younger Audiences

This movie is, admittedly, filled with clichés and predictable series of events, but in the sort of way that I can’t muster any energy to criticize. It’s refreshingly earnest about a very serious, dark topic in a way that isn’t often handled well when a movie is catered toward teenaged audiences. It would have been so easy to pander to the younger generations, especially when writing about disabilities, and yet writer Mitchell Winkie gives an honest amount of heart to his characters and their choices.

Going through this- learning you have a brain tumor and that you will lose your hearing in one fell swoop- is a confusing, tangled reality. While it feels like something as serious as losing your hearing is the end of a teenager’s life, this film shows that there is a chance to start anew, even after the worst possible things have happened.

‘Euphoria’s’ Keean Johnson plays Marcus, the decidedly determined and sensitive teenager who sets out on a quest for audio greatness. Johnson gives a stellar performance and although his character is under a sympathetic amount of stress, he still wins the audience over quickly with his sharp wit and bumbling teenaged characteristics. One of the nicest highlights of this film is the multi-layered emotions, especially with a shocking twist in the third act, and Johnson slips easily from moment to moment without any of his acting seeming superficial or unnecessary.

Madeline Brewer joins him as the quirky, alt-indie rockstar girl of your dreams, Wendy Green. Wendy is tough, funny, and joins Marcus on his road trip in hopes to land in New York, where she has a very important chance at meeting with a musician. Brewer is one of those actors where I am astonished that she hasn’t captured every single heart in Hollywood- She plays Janine in ‘The Handmaid’s Tale’, Tricia in ‘Orange is the New Black’, Alice in Netflix’s ‘Cam’, and need I go on? It’s a fortifying change of events to see Brewer play a role that isn’t based on a nasty attitude (although she is very, very good at that too) and see a softer, kind-to-the-world side of her acting. Together, Brewer and Johnson make for an utterly charming partnership that really pieces this film together.

‘Sound of Metal’ vs. ‘The Ultimate Playlist of Noise’

I’ll admit, I was hesitant to watch this at first. ‘Sound of Metal’ and ‘The Ultimate Playlist of Noise’ were released shockingly close to one another considering their similar subject matter, and I was worried that this would be a watered-down, Kidz Bop version of a beautiful narrative. I was wonderfully proven wrong. You can read a full review on ‘Sound of Metal’ here, but in short: A man, touring in a heavy metal rock band with his long-term girlfriend, goes suddenly and completely deaf. After relocating to a community of people with varying levels of hearing ability, he begins to adjust to unexpected life.

‘The Ultimate Playlist of Sound’ is the inverse of ‘Sound of Metal’, one is about the adjusting process to a life you couldn’t imagine, and the other is the lead-up, the anticipation of a world that you cannot begin to think about. In fact, if they were released further apart from one another, they probably would not be compared. This movie offers a certain catharsis that ‘Sound of Metal’ did not provide, especially when you compare the stark contrast in endings, and both movies suit their individual storylines more than the overall label of “movie about someone going deaf.”

Hopefully, this is a step in the right direction for the Hard of Hearing (HOH) community and the lack of representation they receive on-screen, even though it would be nice to get deaf filmmakers and writers behind the scenes as well. I recommend watching these films as a double feature (‘Sound of Metal’ first, then ‘The Ultimate Playlist of Noise’) for a night of thoughtful reflection and stunning cinematography.

‘The Ultimate Playlist of Noise’ is Hopeful

I’ll probably die on this hill, but not every film needs to rock your world in a thousand different ways. Some movies simply make the grass a shade greener, the sky a bit bluer, and laughter a little bit louder. ‘The Ultimate Playlist of Noise’ gives us the joy of walking, hand in hand, with a boy who is just as lost as we are and writing our own roadmap. Destiny feels less like fate and more like free will after viewing this movie. This is director Bennett Lasseter’s first feature film, and I am anxious to see where his talents take him next- hopefully to a space where they can create more independent, honest art with a beautiful message of hope and life.

‘The Ultimate Playlist of Noise’ is now available for streaming on Hulu.