‘The Other Two’ Triumphantly Returns for Season Two 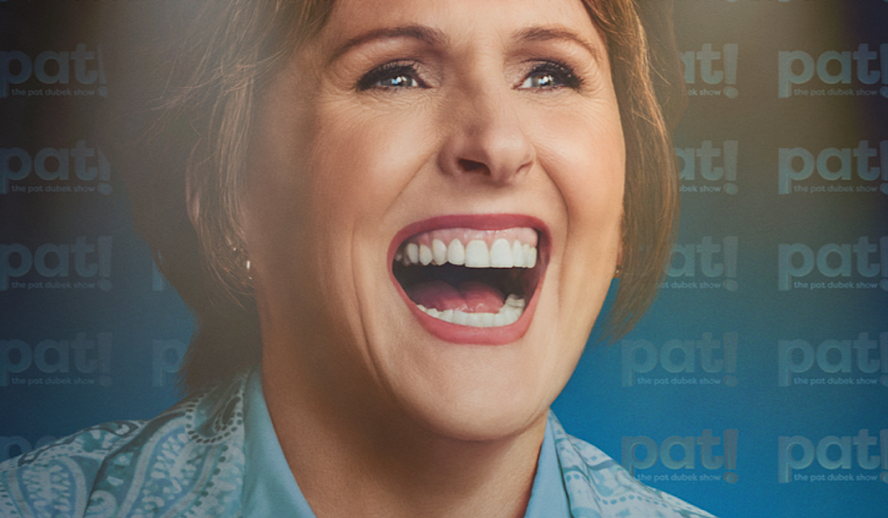 Photo: ‘The Other Two’

It has been two years since ‘the Other Two’ first premiered on Comedy Central. The clever series was written by ‘Saturday Night Live’ writers Chris Kelly and Sarah Schneider and received good reviews for its absurd yet heartfelt look at the entertainment industry. Fans of the show may rejoice since ‘the Other Two’ is back, this time airing on HBO Max rather than on Comedy Central. While the first season focused more on throwing every joke at the wall to see what would stick (which often leads to gut-busting one-liners), the second season feels more grounded without ever losing its irreverent edge.

‘The Other Two’ – Holding A Mirror Up to the Industry

Season two of ‘the Other Two’, like season one, is a hilarious and painfully accurate look at the entertainment industry. The series follows siblings Brooke (Heléne Yorke) and Carey (Drew Tarver) whose little brother is a Justin Bieber-type superstar, Chase Dreams (Case Walker). In season two, Brooke becomes the manager of both Chase and their mother, Pat (Molly Shannon), who hosts a talk show. Meanwhile, Carey becomes the host of a Hollywood gossip talk show, ‘Gay Minute’. While the first season focuses on Carey and Brooke living in their brother’s shadow, season two focuses on Carey and Brooke shining away from the shadow.

Each character in the series offers a different look at pop culture. In the series’ universe, Pat has become a talk show host bigger than the likes of Rachel Ray and Ellen, having her own fan base made up of middle-aged women. Pat’s talk show is a fun parody of talk shows like ‘Ellen’, from the audience reciting catchphrases with Pat to the typical Shutterfly product placement. The only thing that would make the show more like ‘Ellen’ is if Pat was mean to her employees (so far, as of episode four, she seems lovely to her employees).

Chase Dreams, on the other hand, is a hilarious look at child stardom and the pop music industry. In season two, Chase’s PR team agrees he can’t really sing, especially after puberty, and focuses on attention-grabbing stunts. This is seen in the punchline of episode two’s ‘Pat Connects with Her Fans’, where the episode hypes up Chase’s new music video only for it to be a video where Chase reveals his new blonde hair. This joke, not only messed with the audience’s expectations but offered a painfully accurate look at pop stars’ big PR stunts to make up for their less than quality music.

‘The Other Two’ holds up a mirror for the entertainment industry, exposing its absurdity and warts. While Pat and Chase show the absurdity of who gets famous, Brooke and Carey show the warts of the entertainment industry. Brooke, working as a manager to her brother and mother, is overworked. The series showcases the ridiculous things she does for her job, like scrolling through TikTok looking for the next Chase Dreams, to the sadder things she does for her job, like missing a fancy gala for a long work call with Chex Mix. While these moments make Brooke a compelling character, even more compelling than the first season, they also illustrate the less than ideal realities of working in entertainment.

Carey, working as a D-list talk show host, struggles with feeling like a failure. This can especially be seen in episode three, ‘Chase Guest-Edits Vogue’, where Carey joins Cameo to make rent money. While this subplot leads to some good cringe comedy, it also reveals the reality of D-list celebrities, their reliance on being vaguely known and remembered. Carey and Brooke may have outshined Chase’s shadow, but in doing so they discover the warts of the industry they once romanticized.

While ‘the Other Two’ is a fun satire on what it means to be famous, it also tells a heartfelt story about family and growing up. This was seen in season one with Carey and Brooke, despite their jealousy of Chase, going out of their way to try to protect their little brother from the dangers of the industry. This same heart is seen in season two and is even heightened thanks to a more balanced focus on all the members of the family.

One of the best episodes of season two so far is episode two, ‘Pat Connects with Her Fans’. The episode starts with a flashback to before Pat was famous, where she gets snubbed by Rachel Ray after watching a taping of her show. Now, Pat hosts her own show and has fans that are dying to meet her after the show. One fan reminds Brooke of her mom, even taking her picture out front of the studio like Pat once did. This causes Brooke to have Pat meet the fan, remembering how upset she was years ago when Rachel Ray snubbed her mother. While this subplot has a hilarious effect where now all the guests want to meet Pat, the subplot also shows how much Brooke cares not only about her mother but about people. Heléne Yorke shines as Brooke this season as Brooke’s storylines become more and more serious, such as the fourth episode which focuses on Brooke’s struggles with being single. While Brooke in season one is a hot mess, Brooke in season two is a hot mess with ambition and Heléne Yorke finds the perfect balance of comedy and earnestness.

Drew Tarver gets to shine as Carey’s story develops further and further. In season two, Carey has the life that he believes he has always wanted, which is moderate fame and a loving boyfriend, Jess (Gideon Glick). Carey soon realizes that he is unhappy with all of this, feeling like a D-list celebrity in his career, and feeling as though things are moving too fast with Jess. While Jess is ready to settle down, Carey feels as though he hasn’t lived wild enough to settle down. In episode four, ‘Pat Hosts Just Another Regular Show’, Carey runs into an old friend of his who has also settled down.

Carey’s once wild friend, Cameron (Jimmy Fowlie), is now living the married life, complete with “love is love” pillows and even brushing his partner’s teeth (yes, you read that correctly). While this episode offers an absurd portrait of marriage life, it gives Tarver a chance to explore Carey’s fears of commitment. While Carey in season one longed for more, the Carey in season two wonders if he was longing for the right things.

Season two of ‘the Other Two’ is already one of the smartest series of the year, proving that HBO Max has been the place to trust for comedy. ‘The Other Two’ not only offers a smart and absurd satire of fame but it also offers a captivating story about a deeply flawed family. Chris Kelly and Sarah Schneider have truly succeeded this season in not only being funnier than their show’s first season but also telling a more captivating story. ‘The Other Two’ is a must-watch for any fan of comedy and for anyone who enjoys a good satire of the entertainment industry.

‘The Other Two’ is available to stream on HBO Max.