Everything to Love About Season 4 of ‘The Marvelous Mrs Maisel’ 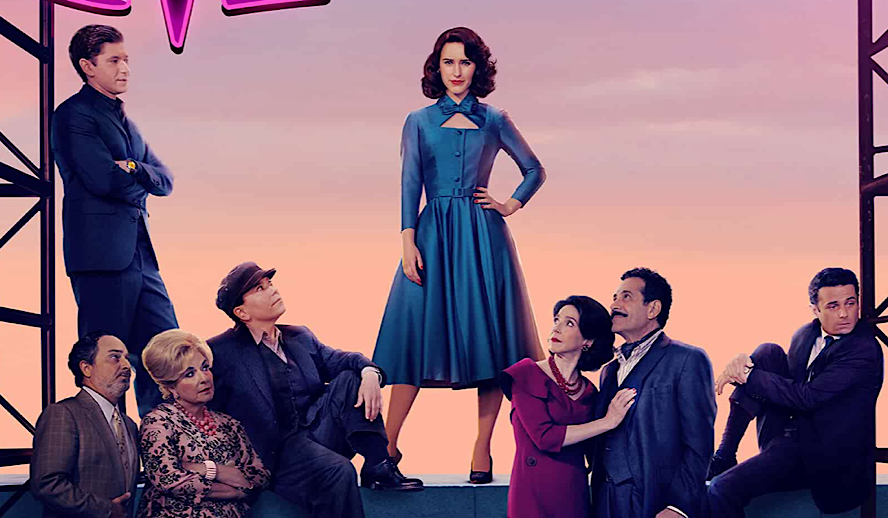 Midge Maisel has come a long way since the first season. From the supportive brisket-making wife of Joel Maisel, to a rebellious comedian going against the expectations of a mid-century Jewish woman in New York City. The fourth season follows Midge as she enters the 1960s with panache and a refreshing comedic style that pushes through a very male-dominated industry. Midge’s presence exudes invigorating energy within every space she inhabits while attracting the biggest and boldest personalities of Manhattan. Of course, along with the success that results from her honesty, so does some trouble. The ending of the third season showed Midge getting fired from Shy Baldwin’s tour after revealing personal anecdotes of the star’s personal life on stage. Much to say, Midge is not shy of ruffling a few feathers. The series premiered on February 18 on Amazon Prime and will now continue to tease audiences with two episodes airing every Friday until March 11.

‘The Marvelous Mrs Maisel’ – How it Started

As with the case of many shows that were forced to delay filming due to the pandemic, the first couple of episodes take a little time to catch up. However, the characters and their stories are far from slowing down. Midge is right back where she started, unemployed and anxious to make a name for herself within the smoke-filled world of comedy.

Rachel Brosnahan delivers impeccable comedic timing that constantly catches you off guard in the most compelling way. Her scenes with Luke Kirby, playing legendary Lenny Bruce, proves that Midge is a master of banter and fits right in with her male counterparts. She dominates every stage while leaving a lasting impression on those she encounters. If you love a story of a woman’s unapologetic ambition to find success and to be taken seriously, then sit back and indulge in the sharp-witted episodes of ‘The Marvelous Mrs. Maisel.’

Yes, we all hated Joel Maisel at first for cheating on Midge with his secretary and eventually walking out on his marriage. Especially, since Midge invested so much of herself to make him feel supported as he was chasing his dreams to become a comedian himself. That is, until she learned he was stealing jokes from other comedians and cheating on her. However, we finally get to a point in the series that proves people are worthy of second chances.

We watch Joel evolve from being envious of Midge’s professional success, to becoming a very supportive ex-husband/co-parent that goes as far as to punch a heckler at one of Midge’s performances and encourages her to chase her dreams. Brava! Joel’s transformation is a moment for personal growth. Michael Zegen’s performance makes this character feel so vivid and intense you find yourself rooting for a character that may have meant to be the villain.

What’s Not to Love?

With every season, comes a brand new journey. Season one felt very inward as we watched a doomed marriage deteriorate that left Joel and Midge facing a new reality. Midge is refining her comedic voice and is constantly inspired by the people she meets. Watching our favorite characters grow before our eyes is always a satisfying experience because it becomes so personal. In the first three seasons, Midge and Joel have always found their way back to each other. It’s a relationship that offers comfort and familiarity. Despite their divorce, there’s an alliance that’s based on mutual respect and affection. They both share the same sense of self-awareness while also accepting each other’s flaws which keeps their relationship thriving.

Over the course of three seasons, viewers have witnessed Midge Maisel blossom from a content housewife to a fearless comedian who is ready to express herself without the judgment of conservative opinions from her peers. “Every single show, I am going to say exactly what’s on my mind,” Midge proclaims. As she’s entering the 1960s, Midge is ready to stand on stage to freely explore her experience as a woman navigating the toxic norms of the patriarchy.  In a man’s darkly-lit world of comedians and entertainers, Midge Maisel’s narrative as a female comic is energetic and deeply resonating. Maybe that explains why ‘The Marvelous Mrs. Maisel’ has continued to be a success amongst viewers.

Midge in the City

The past three seasons have brought audiences to the Catskills, Paris, and even a lavish cross-country tour accompanied by Shy Baldwin. Surely, we could not exclude that flirtatious night in Miami with Lenny Bruce (Luke Kirby) that had audiences at the edge of their seats; Their chemistry was almost unbearable. Now, executive producers Amy Sherman-Palladino and Daniel Palladino bring Midge Maisel back home. The fourth installment was shot throughout New York City because of the travel restrictions due to COVID-19.

In an interview with Deadline, Amy Sherman-Palladino revealed, “Season 4, we were going to travel. And suddenly it’s like, no, you’re not. So it sort of forced us to, in what turned out to be a good way, to embrace New York because we’re here. We’re not going anywhere. That was actually quite lovely and quite satisfying.” In a way, Manhattan feels like its own character carrying the heavyweight of such dynamic personalities.

The long-awaited fourth season will not be available for binge-worthy consumption, yet. Unlike the previous seasons, two episodes will be aired every consecutive Friday. “Our show is dense. There’s a lot of s–t going on. And attention must be paid. We’re really happy that they are doing this,” Amy told TVLine. Sure, if you like a tease. ‘The Marvelous Mrs. Maisel’ will be available for streaming once the eighth episode airs on March 11. That’s if you could wait that long. On the bright side, it gives viewers elongated time with the beloved characters of the series. Watching ‘The Marvelous Mrs. Maisel’ in small doses offers an opportunity to digest the events that unfold every episode.