Seth McFarlane: The Busiest Man in Television And A Comedic Genius 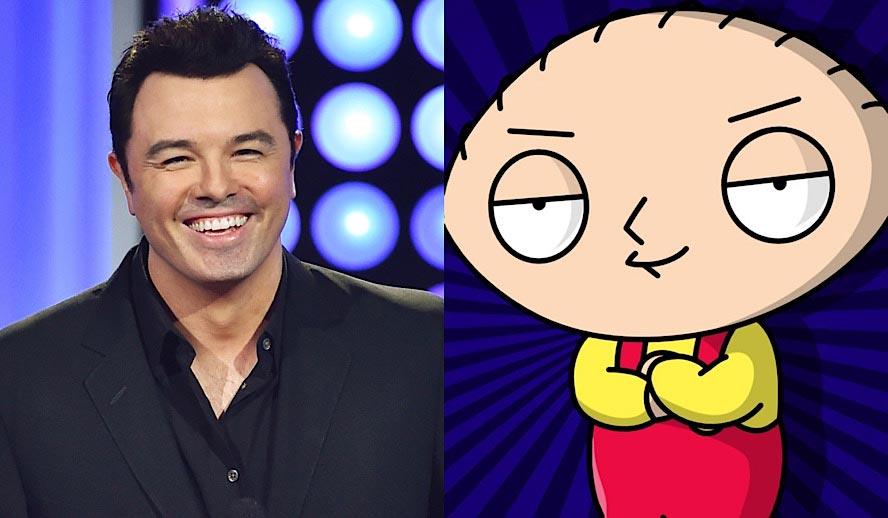 Now that the apocalypse that is Corona is here, let’s take a brief break from the panic and talk about the father of the animated d*** joke. This is the man who brought “yo mama” into the 21st century with the style and grace of a fart wafting in the wind. I speak of course, of Seth MacFarlane. Lord of the Dark Arts of Phallic Humor, Seth MacFarlane continuously puts out side-splitting humor. He began his journey with the show every teenage boy watches when their parents are out of the house,Family Guy. *People may say shows like Family Guy rot the brain but a lot of socks have gone unsoiled thanks to teenagers being distracted by MacFarlane’s work.* For that, we salute you, Mr. MacFarlane! A true American hero.

Some say Seth MacFarlane is just a rip off ofMatt Groening. Those people are stupid. All jokes aside, there are a couple of major differences between Groening and MacFarlane’s work.The Simpsonshas beentrying to be edgier in more recent years but back in the golden years, it was a mostly family-friendly show. My dad thought it was fine for me to watch it when I was five and my dad’s essentially Mr. Rogers if he worked in nephrology. Groening’s shows have become progressively more edgy withFuturamaandDisenchantment. But in all of these shows, I think Groening was never quite comfortable with pushing the envelope which leaves the humor very muzzled. MacFarlane, on the other hand, has no problem pushing jokes way over the edge. This is how we ended up with a pansexual alien, an occasionally murderous and voice of reason baby, and a neurotic starship crew.

Family Guy is what we would call “Macfarlane Classic.” Family Guy is a show about a, searching for PC term, not all with it ‘man’ and his relatively normal ‘wife’, his heavily oppressed by her own family for no discernible reason ‘daughter’, his idiotic ‘son’, his evil genius ‘baby’, and his aspiring novelist dog. In The Simpsons, Groening tried to model the average family, making each character a family member trope, MacFarlane, on the other hand, sees the need for escapism on TV so, my guess is, he put a bunch of adjectives into a bag, threw them on the floor and that’s what any given character’s personality would be like. And that’s how you win a buttload of Emmys.

MacFarlane attended the Rhode Island School of Design where he majored in film with a concentration in animation. Towards the end of college, he createdLife with Larrywhich would serve as the basis for Family Guy. Family Guy would make Seth the youngest executive producer in history.

Why I still watch Family Guy in its… 50th season? I lost track

I know, I know. The unanimous feeling amongst everyone is that Family Guy started sucking around season 30. I admit that the show has lost some of its luster. People say Family Guy dropped in quality in 2013’s episodeLife of Brian. In this episode, Brian, the Griffin family dog, is hit by a car and dies. People call this episode “the death of Family Guy” because this episode seemed to be jumping the shark to the max. Also, viewers hadtheories that the reason why MacFarlane chose to kill off Brian, the only character he uses his natural voice to play, was because he was losing passion for the show himself. That seems a bit outlandish because Brian came back to life a few episodes later.

I still watch Family Guy. Say I have terrible taste in TV if you will but I’m a fan of comedy. If a show can make me laugh out loud, I’ll watch it. And Family Guy still consistently makes me laugh at least once. I’m a fan of absurdism and before Rick and Mortyand Big Mouth, Family Guy was the ultimate absurdist show.

What did Seth Macfarlane do next?

MacFarlane’s second animated sitcom wasAmerican Dad, a show about a patriotic CIA agent trying to keep secret that he has an alien living in his house. This show is just as, if not more, raunchy and weird as Family Guy. This show, like Family Guy, is still running new episodes today. His next show wasThe Cleveland Showwhich, despite having the world’s catchiest theme song, only lasted for four years. Then, Macfarlane’s dream came true as his idea for aStar Trekparody series was greenlit. He hadwanted to bring something like The Orvilleto life for years.The Orvilleis a dramedy about a man who is the captain of a Star Fleet equivalent space ship and his crew. It’s a show that goes where no show has gone before. Sorry, I couldn’t resist the urge.

A Renaissance Man of Fart Jokes

Seth MacFarlane has revolutionized animated adult television. Without him, popular raunchy animated shows likeRick and MortyandBig Mouthwouldn’t have been made. While shows with Seth’s name on it might not have a place in the more refined of society, they’ll always have a place in the hearts of those clinging to a remote with a lightly Cheeto dusted shirt on. So, thank you, Seth MacFarlane!