‘The Breakfast Club’: How Does It Hold Up Over Three Decades Later? 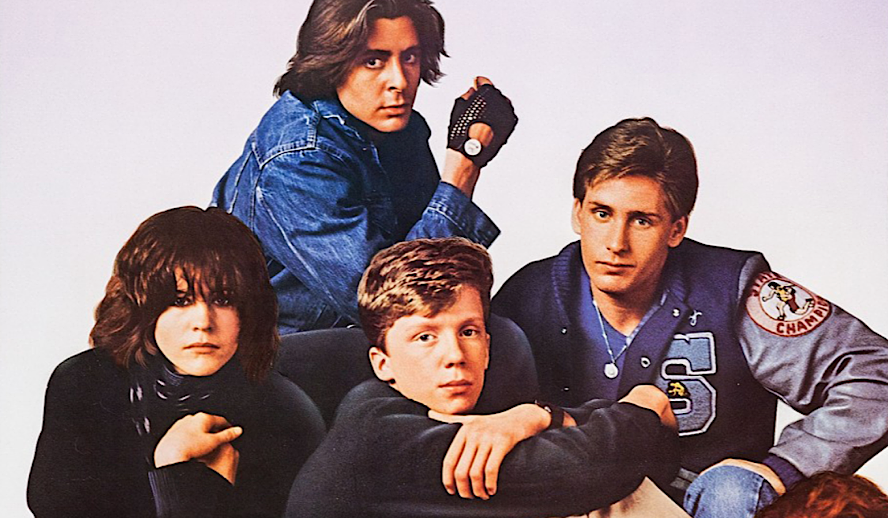 It is one of the most iconic images in film history: teen rebel, John Bender (Judd Nelson), with his fist triumphantly raised in the air. ‘The Breakfast Club’ is a 1985 coming-of-age drama directed by John Hughes, the king of 1980s high school films. ‘The Breakfast Club’ follows five high schoolers, all from different social cliques, who are stuck in Saturday detention together. Thirty six years later, the film has become a staple, a film that everyone watches before they start their freshman year of high school. While ‘The Breakfast Club’ came out decades ago, many aspects of the film ring true for teenagers today as well as anyone who has ever been a teenager. While much of the film rings true and earnest, there are still many aspects of the film that haven’t aged too well.

‘The Breakfast Club’ – What Has Aged Like Fine Wine?

‘The Breakfast Club’ follows five different high schoolers who can be categorized as different stereotypes. You have the “criminal” John Bender, the “athlete” Andrew Clark (Emilio Estevez), the “princess” Claire Standish (Molly Ringwald), the “brain” Brian Johnson (Anthony Michael Hall), and the “basket case” Allison Reynolds (Ally Sheedy). As the teens are forced to spend quality time together in the closed library, they open up and reveal the parts of themselves that they hide. From Bender living in an abusive household to Claire feeling pressured by her popular friends, each character reveals themselves in ways that only makes them more relatable to the audience.

The character that has aged the best and will appeal the most to modern teenagers is Brian, the nerdy and quieter one of the group. Brian is a straight-A student who admits in the film that he contemplated suicide after receiving a failing grade in a class. Brian pushes himself to achieve perfection both because of the pressure from his parents and the pressure that he puts on himself. With a generation in high school that is now pressured more so than ever to excel in academics to get into a good college, Brian’s struggle will come across as painfully real. Brian’s underlying issues with depression will also ring true to a generation that is more open about mental health than ever before.

The same can be said about Allison, the self-proclaimed “basket case”. Allison is the most emotionally complex of the characters, admitting that she is a compulsive liar and that she is only there because she had nothing else to do. Allison’s complexity makes her not only one of the more compelling characters, but it also makes her portrayal as a confused and unstable teen feel real, as if you are really there watching a struggling classmate.

The characters are all emotionally complex enough for any given audience member to relate to at least one member of the titular breakfast club. While this is achieved through their backstories, it is also achieved through the film’s dialogue. The dialogue in the film is both written and performed with an immersive realism, as if the audience is just a fly on the wall. The dialogue is a perfect balance of dramatic and humorous, where you cry with the characters as they realize they may turn out like their parents and where you laugh at their more embarrassing stories.

This balance, tonally speaking, is almost like when you remember your own high school experiences, where you grow emotional during the sad memories yet laugh at your own embarrassing memories. This dialogue is only enhanced by excellent performances, especially from Molly Ringwald, who at this point had played the lovable loser roles, not the popular characters. Molly Ringwald brings emotional layers to a character who could have easily been played as just shallow thanks to her tearful scene with Bender. While all the characters from ‘The Breakfast Club’ were teenagers over thirty years ago, their performances and stories still ring true and heartfelt to this day.

‘The Breakfast Club’ is not a perfect movie and there are some key story elements that have aged like a carton of milk you would find in a high school cafeteria. Many have pointed out that one of the worst aspects of the film is the makeover of Allison. Allison starts the film wearing all black with shaggy hair and black mascara, appearing as though she listens to ‘the Cure’ on repeat. By the end of the film, Ringwald’s Claire gives Allison an all-pink makeover that ends up impressing Andrew. While this plot point adds little to the film, with Allison and Andrew lacking chemistry, this plot point only acts as another example of the dreaded “makeover” trope. This trope is most seen in high school films and takes an unconventional girl (tomboy, goth, punk, etc) and makes her conventionally attractive by either having her wear a pink dress or by getting rid of her glasses. It is truly a shame that a character as emotionally complex as Allison is soon reduced to the makeover trope where she changes everything about herself to get the guy.

One of the most controversial aspects of the film is the romantic relationship between the characters of Bender and Claire. Throughout the film, Bender verbally berates Claire and even sexually harasses her by putting his face up her skirt without her consent. Bender’s abuse of Claire is only made worse because Judd Nelson would bully Molly Ringwald on set as a way for him to get into character. Bender’s constant harassment of Claire is never called out or punished in the film; if anything, the film portrays the abuse as Bender’s way of helping Claire open up and discover herself.

If it wasn’t for Bender berating Claire, would she have become a better person? This is the question the film asks, and the film answers this by having Claire end up with Bender. Bender is being rewarded for his behavior and Claire becomes a more honest person now that she’s dating an unpopular guy. This plot point not only adds to the problematic idea of girls falling for the “bad boy” who abuses them, but it also makes Claire’s character arc, similarly to Allison’s, revolve solely around a romance over changing for herself.

While these aspects of the film can potentially hinder the overall emotional impact, especially for women audiences, this does not ruin the overall strengths of the film. The performances all stand out and the characters are bound to resonate with all audiences thanks to their diverse personalities. The faults of the film were fine at the time and can be seen across other films of the time, like the makeover trope appearing in ‘Clueless’ and the bad boy tormenting good girl trope playing out similarly in any “will they or won’t they” dynamic. While these components of the film don’t make the film’s strengths, from Brian’s struggles to the dialogue, any less powerful, it is still important to acknowledge the imperfections. To acknowledge the film’s imperfections is to acknowledge how far we have come regarding what we now see as acceptable, showing how much we have progressed in thirty-six years.

‘The Breakfast Club’ is an important film for the coming of age genre. Each decade has the quintessential film that speaks to the young generation, from ‘Rebel Without a Cause’ in the 1950s to ‘Perks of Being a Wallflower’ in the 2010s. The best of these films, from the parts that have aged like fine wine to the parts that have aged like milk, will continue to emotionally connect with people for years to come. ‘The Breakfast Club’ is still respected to this day, both by teens and those who haven’t walked the halls of their high schools in years, for its performances, dialogue, and relatability. Like the film’s theme song says, this is a film that thirty-six years later, we don’t want to forget.

‘The Breakfast Club  is available to stream on Fubo.tv